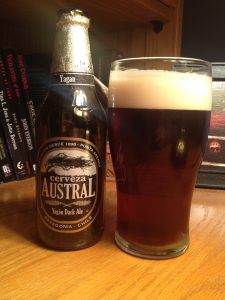 AS I SIT DOWN to write this, in just a few minutes, the ball will drop in New York, signalling the end of 2013. How did 12 months slip by so fast?

2013 was the year that we lost one of my personal heroes, Roger Ebert. He was a Chicago critic who I really admired, and he was also a fellow alum of the University of Illinois. I read his reviews and columns my entire adult life.

2013 brought us the second Star Trek reboot sequel, Into Darkness and a monster pop hit in “Blurred Lines,” from Robin Thicke, the son of Alan Thicke, the “dad” on the old wholesome family TV show “Growing Pains.”

It was also the year that gave us those mentally scarring viral videos “What Does the Fox Say?” and “Wrecking Ball.”

OK, 2013 gave us some things to remember too. For me, it was a year of many firsts, frustrations and final victories. And amid all of the stress and craziness, I was able to visit many interesting places, enjoy evenings with many good and far-flung friends, and I sampled a wide array of breweries all around North America — I don’t stop in a city without trying to check out what their local brewery scene is!

I always like to look back on New Year’s Eve at the highpoints of the past 12 months. It’s easy to forget all of the amazing moments that happen amid the endless running around trying to just “keep up.”

When 2013 began, I called it Lucky ’13. I had a lot of hopes for the year, and it definitely turned out to have some special moments. Many of them dealt with my fiction-life, but not all. Here in no particular order are my:

I’ve been traveling more and more for the dayjob over the past couple years, and this year, along with my horror convention appearances, those jaunts kept me out of state at least once a month — and usually more. In 2013 I visited:

As the year wound down, after all that running around, I was more than happy to take the last couple weeks of the year off, and just stay home. I kinda like it here — that’s why I bought the place, after all! And I definitely didn’t get to enjoy it as much as I’d like these past few months.

In the end, the best thing about this year were the little things — barbecuing on my patio for my family, and watching my son grow up — a little bit every week.