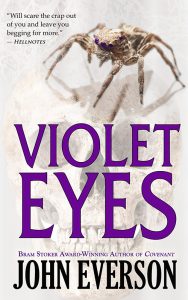 Their bites are more than deadly!

The small town near the Everglades was supposed to offer Rachel and her son a fresh start. Instead it offered the start of a nightmare, when an unknown breed of flies migrated through the area, leaving painful bites in their wake. The media warned people to stay inside until the swarm passed. But the flies didn’t leave. And then the radios and TVs went silent.

That’s when the spiders came. Spiders that could spin a deadly web large enough to engulf an entire house overnight. Spiders that left stripped bones behind as they multiplied. Spiders that, like the flies, sought hungrily for tender flesh…through Violet Eyes.

Violet Eyes was originally released by Samhain Publishing with the first cover below. It also was released in a limited edition hardcover by Sinister Grin Press in 2016 and Horror Masakra in Poland in 2021. 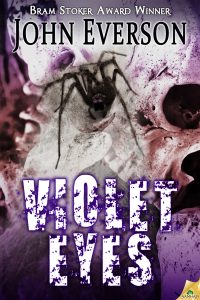 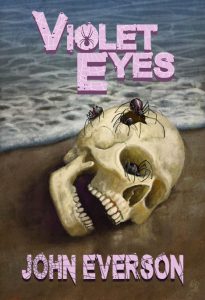 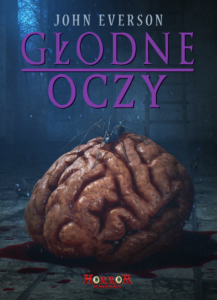