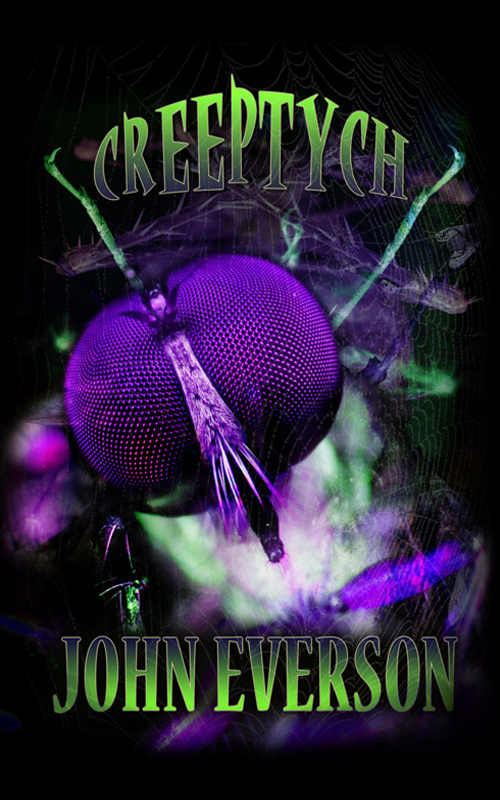 Does your skin crawl when you see a spider on the wall or a roach on the kitchen floor? Do you find yourself itching uncontrollably after being touched by a fly or mosquito? Do you ever lie awake half the night because you felt something delicately, carefully crawling across your feet beneath the sheets? Then this Creeptych of three bug-ridden stories is for you!

This collection appeared as #7 in the limited edition in the Delirium Books pocket-sized hardcover chapbook line. It has never been reprinted, however, the stories are all available now in Sacrificing Virgins, my fourth full-length collection.

“Bad Day” – Paul Hughes had a really bad day. He lost his job, his wife and then after getting bit by a bug… his life. Compared to what happens to his neighbors after the Luna Roaches come to town, his day wasn’t so bad at all. At least he died…

“Eardrum Buzz” – Wes couldn’t get enough of the music of Eardrum Buzz’s first disc, Misery Machine; the drone of their guitars was hypnotizing. But when he is brought into the band’s inner circle to join The Swarm, he soon has the music within him. Terrifyingly deep within him…

“Violet Lagoon” – When a quartet of co-eds decide to reenact The Blue Lagoon on an abandoned Florida Key, they find more than just sex and sand is on the agenda. Stings turn out to play a part in their weekend as well. Lots and lots of stings. But those were just the beginning of the pain…