The latest news and reviews of the horror and dark fantasy fiction of author John Everson.

MY 13TH NOVEL, Five Deaths for Seven Songbirds, is now available from bookstores everywhere!! This novel is my homage to the great giallo films of the ’70s, from directors like Dario Argento, Lucio Fulci, Sergio Martino, Umberto Lenzi and more. I will be debuting it this weekend in person at HorrorHound Weekend in Cincinnati!

21 Nights of Giallo: A Countdown to Five Deaths!

FOR THE FIRST three weeks in March, I’ll be reviewing a classic giallo movie every night on my blog, a fun lead-up to the release of  Five Deaths for Seven Songbirds on March 22nd! From Argento to Bava to Fulci to Martino, I’m planning to rewatch and talk about some of the wildest movies ever made!

MY NEXT NOVEL  is titled Five Deaths for Seven Songbirds, and is in final copy edit stages now. This week, the publisher released the cover art and announced that it will debut on 3-22-22! This novel is my homage to the giallo genre, so hoping it will resonate with both my regular horror fans and fans of the Italian horror/thriller film genre that was popular in the ’70s. 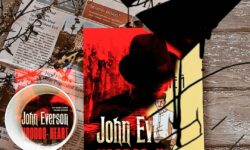 VOODOO HEART  has hit several bloggers’ “Best Of” lists for 2020, which is awesome! It’s also gotten a great review from the American Library Association’s BookList and an amazing array of inventive images on social media from readers and reviewers.

TODAY IS THE OFFICIAL  release day of my 12th novel of horror and the macabre! This one has been in the works fore a very long time — I wrote “Vigilantes of Love,” the short story that inspired the novel, 17 years ago! So I’m anxious to hear what readers think of the full-length story.

Catch my characters Danika and Mila Dubov, now on Netflix in V Wars! 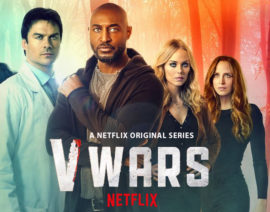 A FEW YEARS AGO,  I wrote a couple stories about two sisters, Danika and Mila Dubov, who become vampires in the V-Wars books created and edited by Jonathan Maberry.  On Thursday, Dec. 5, 2019, V Wars moved from the page to the screen, debuting as a new Netflix series that includes my characters Danika and Mila!

The Devil’s Equinox is now available! 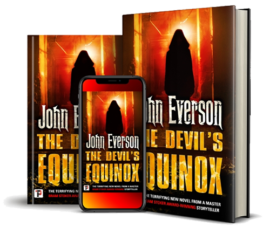 MY 11TH NOVEL,  The Devil’s Equinox is now available on Amazon, Barnes & Nobles and other major bookstore sites! finally be released and available at bookstores everywhere! To promote the release, I’ll be signing at the Naperville Barnes & Noble on July 7 and appearing all weekend at Flashback Weekend in Chicago in August and HorrorHound Weekend in September!

House By The Cemetery Blog Tour

IT’S OCTOBER. In just a few days, my 10th novel, The House By The Cemetery will finally be released and available at bookstores everywhere! To spread the word, my publisher, Flame Tree Press, has set up a blog tour running over the next week…
~ Read More ~ 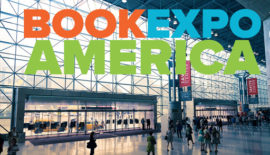 ON MAY 31st, I will be signing preview copies of The House By The Cemetery at the Javits Center in New York City as part of the annual Book Expo America (BEA) conference! Signing at Book Expo America is one of those bucket list kind of things for me… I’ve wanted to go to BEA ever since my first novel, Covenant, came out in paperback ten years ago. BEA is the biggest book convention in…
~ Read More ~

The House By The Cemetery cover revealed!

LAST MONTH, I got a peek at the cover for The House By The Cemetery, my 10th novel overall, and my first for Flame Tree Press. I’ve been itching to share it ever since, but had to wait for a final version from the publisher. And at last… here it is! Take a look and let me know what you think? The House By The Cemetery was the very first book signed for Flame Tree Publishing’s new Flame Tree Press imprint and will be released October 6, 2018…
~ Read More ~

Check out the full best of the year list from Beauty In Ruins.

The House By The Cemetery announced!

LAST MONTH, I signed a contract for my 10th novel, The House by the Cemetery, with a new imprint from a long established UK house, Flame Tree Publishing. I’ll once again be working with Don D’Auria, my editor from Leisure Books and Samhain Publishing, and am proud to say I was the first author to finalize a deal for the new venture, which will also include my Samhain pals Jonathan Janz and Hunter Shea.
~ Read More ~ 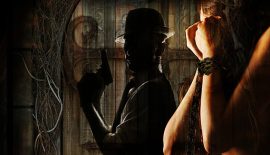 “FIELD OF FLESH” my NightWhere tie-in novelette, is finally available as a standalone e-book with its own cover! When I wrote the story, it was originally intended to be released as a standalone e-book, but then I had an offer to publish it in Dark Discoveries magazine, and so the e-book edition was postponed. It then was collected in Sacrificing Virgins, and once again, delayed. But now, four years after it was written, it’s finally available as I always intended!
~ View on Amazon ~

Visit the blog for all the updated information on John Everson’s “horror life”!