Home News Cover reveal: The House By The Cemetery

Cover reveal: The House By The Cemetery

LAST MONTH, I got a peek at the cover for The House By The Cemetery, my 10th novel overall, and my first for Flame Tree Press. I’ve been itching to share it ever since, but had to wait for a final version from the publisher. And at last… here it is! 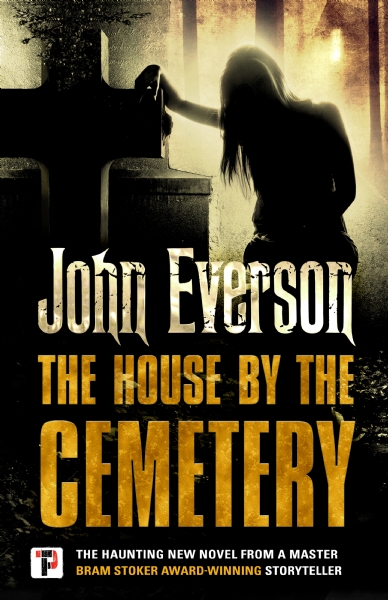 What do you think?

The House By The Cemetery was the very first book signed for Flame Tree Publishing’s new Flame Tree Press imprint (my editor told me it has the very first ISBN number of the bookline!), and I cannot wait to hear what you think of this story. It was a fun novel to write, because it takes place in a “haunted” cemetery near where I grew up — Bachelor’s Grove. And I got to drop in lots of references to some of my favorite cult horror movies, since it takes place in a haunted house attraction, and the house designers borrow heavily from classic horror. Two of the characters even go by the names of Italian horror directors — Argento and Lucio.

Genesis of the story

I’ve actually written about Bachelor’s Grove before; the story “Remember Me, My Husband,” originally published in Terminal Frights magazine in 1994 (and now available in Cage of Bones & Other Deadly Obsessions) is set there. And a couple years ago, I wrote a story called “Driving Her Home” for the Cemetery Riots anthology, which is also set there. In fact, it was the writing of the latter story that inspired me to really take on Bachelor’s Grove with a full, book-length tale. The story begins with a down-on-his-luck carpenter getting the job to rehab a falling down house next to the infamous cemetery, so that it can be opened as a Haunted House attraction in the fall.

Here’s a quick teaser which may be part of the back cover synopsis:

Rumor has it that the abandoned house by the cemetery is haunted by the ghost of a witch. But rumors won’t stop carpenter Mike Kostner from rehabbing the place as a haunted house attraction. Soon he’ll learn that fresh wood and nails can’t keep decades of rumors down. There are noises in the walls. Fresh blood on the floor. Secrets that would be better not to discover. Because behind the rumors is a real ghost who will do whatever it takes to ensure the house reopens. She needs people to fill her house on Halloween. There’s a dark, horrible ritual to fulfill. Because while the witch may have been dead…she doesn’t intend to stay that way.

The House By The Cemetery anchors the month of Halloween haunts — it’s scheduled for release on October 6th, 2018. Let the countdown begin!