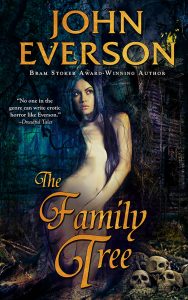 “Everson has published yet another horror masterpiece that is in my top five for this year. A haunting and original book, The family tree is a creepy tale of family heritage and devotion that you won’t soon forget”
~ Shattered Ravings

Its roots are old… and twisted!

The blood of the tree is its sap. It has sustained Scott Belvedere’s family for generations. It’s the secret ingredient behind the family’s intoxicating ale and bourbon, among other elixirs. But only when Scott inherits The Family Tree Inn, deep in the hills of Virginia, does he learn anything about his family, its symbiotic history, or the mammoth, ancient tree around which the inn is literally built. And after he stumbles upon the bony secrets hidden in its roots, while in the welcoming arms of the innkeeper’s daughter, he realizes that not only is blood thicker than water—it’s the only thing that might save him from the hideous fate of his ancestors….

The Family Tree was originally released by Samhain Publishing with the first cover below. It was also released in a limited edition hardcover by Sinister Grin Press and in a Polish translation edition by Dom Horroru. 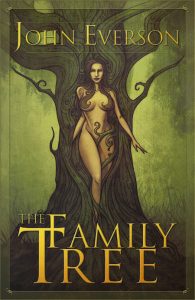 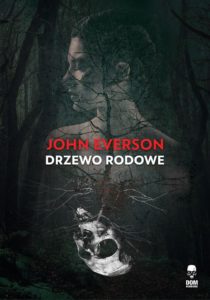