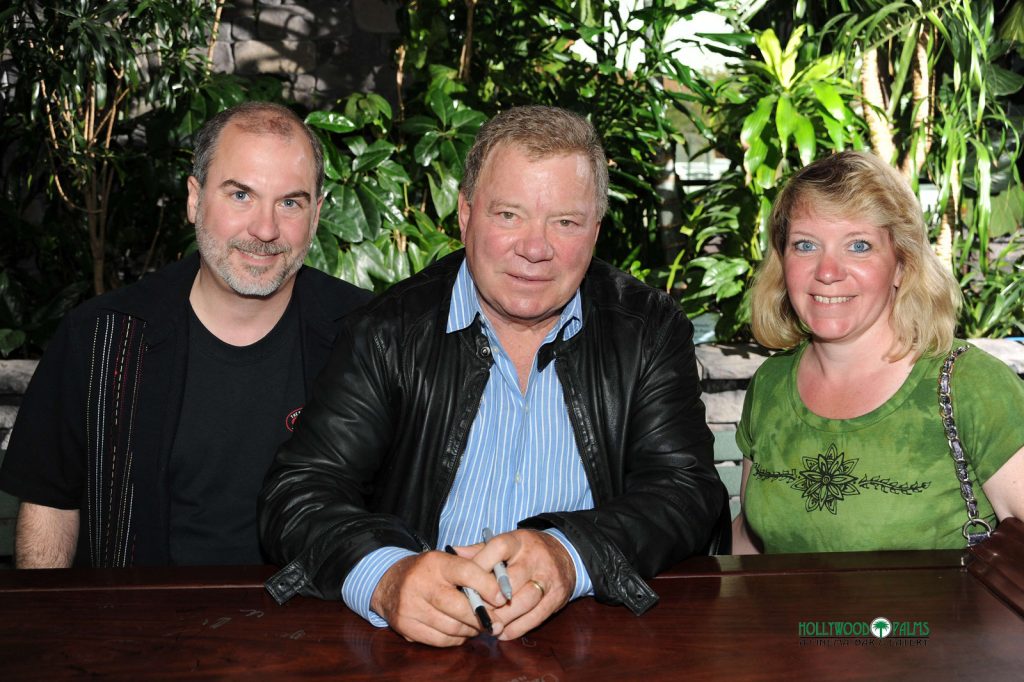 I WAS SIX OR SEVEN years old when I first started watching Star Trek re-runs with my dad.

I remember that because a) I loved the show and b) my mom always insisted that bedtime was about halfway through each episode.

Yesterday, some forty years later, was a Star Trek “homecoming” for me. Geri and I went to see the new Star Trek “reboot” movie, Into Darkness, and William Shatner was there introducing that, as well as special showings of the original Star Trek II: The Wrath Of Khan (which the new film borrows elements from, but deftly reshapes into a completely different story).

I almost never will pay to do the autograph/photograph thing, but this? I couldn’t pass up. It was surreal to stand in a line to get a photo taken with “Captain Kirk” as if he was some kind of 82-year-old carnival ride, but, what the hell. This didn’t seem optional to me. I had to do it! 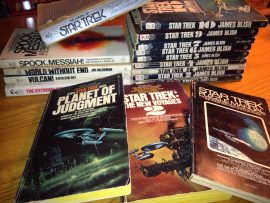 I wish I could have taken my much dog-eared collection of Star Trek novels and episode books with for him to sign; most of those were bought and read (often more than once) when I was in grade school and high school. Some of the price tags on the spines of those books actually say 95¢

But hey… I got my picture with him. What else does a lifelong fan really need? I mean… I met Captain Kirk!

After the picture, we got in line to see Into Darkness — which was phenomenal. A couple years ago I was hugely skeptical when I first heard that they were rebooting the original movie series with new actors. I honestly was never that big of a fan of any of the Star Trek spinoff TV series, though I watched them (Voyager was probably my favorite).  So I figured a new series of films without the original crew would only disappoint. But J.J. Abrams and his team have done an amazing job in both this and the previous film, in capturing the characters of the original, updating them a little, and then spinning brand new plots that maintain a few pieces of the original movie series plots. That way, they tug our heartstrings with the familiar character banter and actions, as well as some familiar events… but also intrigue and entertain us since so much of what they shoot is different from the original movies.  I can’t imagine watching the new movies without the context of the original series… so many of the in-jokes must be lost. But for me, a lifelong fan… they are perfect.

After meeting Shatner, and then watching Into Darkness, we had a third Trek capper to the day. The friends we went to the theater with, Brad and Sandy and their boys, Christian and Levi, just bought a used Star Trek pinball machine. Brad actually got Shatner to sign the backsplash of the machine with a silver Sharpie, right over the image of the Enterprise. Now there’s a cool addition to the basement for a Trekkie! So after the movie, we popped some popcorn and went back to their place to play the table for awhile.

It was a perfect Star Trek day!