On the fiction front, Samhain Publishing released my 4th full-length (and longest) fiction collection late in 2015 — Sacrificing Virgins. I also had new stories appear in Dark Discoveries Magazine and the Eulogies III anthology.

Plus, the German translation of The 13th was released in November, and audiobook editions of Failure and my short stories “Fish Bait” and “Eardrum Buzz” appeared. And a hardcover edition of Violet Eyes was announced from Sinister Grin Press, to be released in 2016. 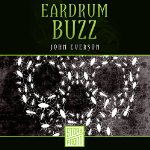 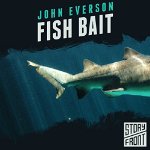 In February, I was the “Guest Writer” at The Horror Zine, which reprinted my story “After the Fifth Step” and in October, I hosted a blog takeover of the Not Now…Mommy’s Reading web site, and featured author posts and giveaways virtually every day of the month. I kicked it off with a new short story written specifically for the event. 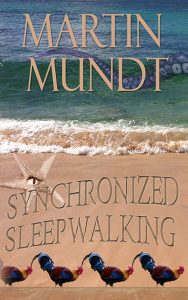 And this fall, I dusted off my Dark Arts Books imprint and released Martin Mundt’s amazing collection Synchronized Sleepwalking, the first original book on the press in four years (I’ve issued some reprints during that period, but this is the first “new” book for Dark Arts since Swallowed By The Cracks.)

All exciting stuff in my fiction world.

There were some dark spots in the fiction landscape this year too; the year started off with the death of Leonard Nimoy, and then in the spring, we lost author Tanith Lee. Then in the summer both horror author Tom Piccirilli and director Wes Craven lost their battles with brain cancer.

And while it wasn’t exactly a “death,” many have speculated it is the start of one. Hopefully not, but my current publisher began implementing some big changes towards the end of 2015, and started November off by firing my longtime editor, Don D’Auria — who was the only reason I (and many of my peers) had signed on with Samhain Publishing. I wrote about my thoughts on that here.

At the start of the year, after a crazy busy 2014, I had hoped that 2015 would be more relaxed, but instead, it ended up being more of a blur than ever. There were a couple reasons for that: more business travel than ever, paired with book events, and in February I was laid up for awhile with minor hernia surgery. But the big thing, the main event that overshadows my year, was a major home renovation. While in 2014, I spent a lot of weeks in the spring cleaning up from a small basement flood and building a custom oak bar in my basement, in 2015, we spent a good chunk of the summer re-habbing our kitchen.

This time around, (unlike the oak bar), I hired someone to do most of the work — I don’t know how to do drywall or lay wood floors, and frankly, I’m not interested in learning. But I did do all of the painting. And between painting walls, ceilings, doors, trim and going shopping for cabinets, floors, faucets, knobs, etc. etc… and packing and later unpacking all of our kitchen stuff — and not having the use of our kitchen for two months — it was like July through September were simply wiped out.

The end result… was totally worth it. When we moved into this house over 8 years ago, we said “we love this place, but the kitchen has got to go.” Then we priced having it done and said, “um…well, the kitchen is going to stay for awhile.” At the time, we didn’t think “awhile” would be 8 years. During those years, I banked almost everything I made on book sales to try to save up for the renovation. We couldn’t afford to redo the kitchen (plus the adjoining/connected laundry area and bathroom) on my dayjob salary, but I hoped that carefully misering book sales revenues would turn the trick.

It took a lot longer than I thought it would, but ultimately… our new kitchen is “the kitchen that books built.” And I gotta tell you — dumping the old kitchen table in favor of an island, plus moving the refrigerator to extend counter space — made a huge difference. I love cooking in this space now. I have more counter space, more cabinets — and even a full pull-out spice rack. It’s a huge upgrade that pays benefits every day. While I had some great book news in 2015, definitely… the biggest, most important thing that happened in my life in 2015 was the kitchen rehab!

Here’s a before and after: 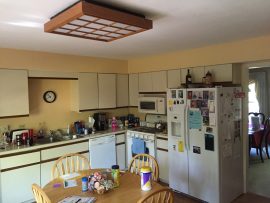 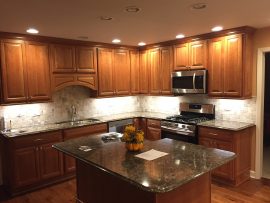 Running Around The World 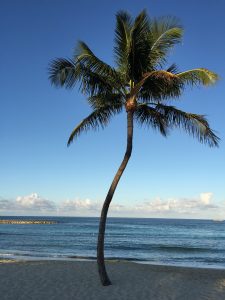 But as much as I was “inward” focused this year, with the home project, I was also outward-bound. I think I was away from home on business trips more this year than ever. Certainly I went farther away than ever.

I left the country three times, the first time in January, spending a week working in the Bahamas. Then over the next few months I had business trips to New York, Las Vegas and Boston. And then in September I spent almost a week in Belgium, and in November, several days in Barcelona.

All of that was for the dayjob, but in addition, I also did some book-related travel — I spent a couple days in Madison, WI for OddCon in April, a few days in Atlanta for the World Horror Convention in June and in September, Geri and Shaun went with me to Indianapolis for HorrorHound Weekend. That trip was especially fun since we got the chance to see our old neighbors’ new house (they moved out there in the early summer). 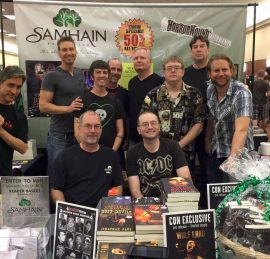 In addition, there were weekends that I spent away from home even though I was near home — I had booksigning tables at local SF/H conventions like Flashback Weekend in Rosemont, IL, DanCon in Orland Park, IL, Comicopolis in Lemont, IL and the Oswego, IL Literary Fest. And I had day trips in September/October to hang out at the Chicago Horror Film Festival and the Racine Barnes & Noble Horrorfest.

I was away from home a lot this year! Too much. There have been many great dinners and good conversations, but it’s truly been exhausting.

Overall? Here is the list of places I spent time in outside of Chicago in 2015:

There were a lot of highlights from all those trips, and I wish I would have blogged about all of them (there are lots of posts on Facebook, but those are tough to find after a few months!). I did put together pictorial travelogues from my trips to World Horror Con and the Bahamas, Barcelona and Belgium on my blog though.

On my fiction junkets, I spent lots of time with fellow author friends, including doing a couple of events with W.D. Gagliani and Brian Pinkerton, which was rewarding. Always good to be able to catch up and talk “a little shop” with people you actually connect with on a level deeper than simply existing in the same geography.

And I also got to meet two of my movie director/producer idols at Flashback and HorrorHound — Brian Yuzna and Stuart Gordon, who made classic movies like Re-Animator and Dagon and Society. There is now a double-signed poster of Re-Animator in my basement now to prove it ? 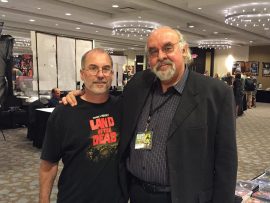 What I Wrote
Between the travel and the kitchen rehab, I’m afraid I didn’t get a lot of time for reading and writing this year. I wrote most of a new novel (about 75,000 words) — the sequel to Covenant and Sacrifice, which is tentatively called Redemption at the moment. But that could change. And I wrote a long story for an anthology that takes the prologue to my novel Siren as its jump-off point.

What I Watched
While I didn’t end up reading much in 2015, I did end up watching a lot of movies. I haven’t watched a television series in years, but on weekends, I decompress by watching lots of late-night films. I sat down this week and figured out most of what I actually watched this year, and it’s an interesting list. I saw around 80 films, a quarter of them horror, a quarter of them SF… and a bunch in other genres. My favorites? Alejandro Jodorowsky’s bizarre, avant The Holy Mountain (from 1973), Radley Metzger’s daring and stylish Camille 2000 (from 1969), Alex Garland’s amazing SF film Ex Machina (2015) and the new Mad Max and Hunger Games movies topped my list. 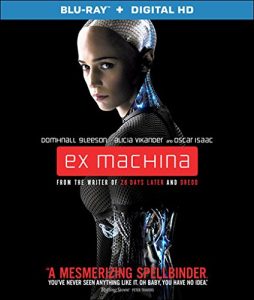 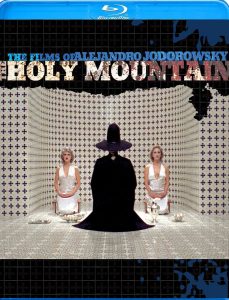 The full list of what I watched this year with ratings is here.

What I Listened To:
In music, I was excited this year by new Peter Hook-less New Order (Music Complete), Duran Duran (Paper Gods), Chvrches (Every Open Eye) and a-Ha (Cast in Steel) CDs as well as the debuts by Nathaniel Rateliff (Nathaniel Rateliff & The Night Sweats) and Elle King (Love Stuff). I also enjoyed the new Florence + The Machine and Death Cab for Cutie discs. 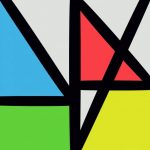 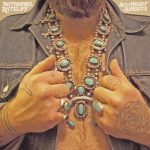 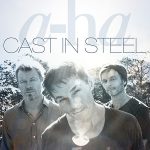 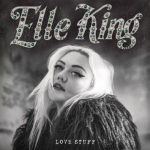 Looking back on it all, 2015 was a good, if crazy busy year. Maybe I’ll finally catch my breath a little in 2016! But somehow I doubt it. In a couple days I’ll be leaving for a business trip to Seoul and Tokyo. In the next few weeks I need to finally finish that 3rd Covenant novel and move on — I’m hoping to write a new NightWhere novel this year, and I’ve promised to write short stories for a couple of anthologies. And there are some more home renovation projects to come… now that the kitchen is done, the rooms around it look shoddy (natch). So… things are not likely to “slow down” for me in the near future. But life is about building, right, otherwise… you’re decomposing. Here’s to a 2016 with lots of new “constructions.”