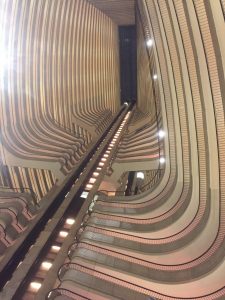 WORLD HORROR CON 2015 was a strangely quiet convention for me. I’m not sure why, really — maybe because I was so burnt out from the crazy weeks that led up to it — but it was almost like I was an “observer” at the convention. I just never… quite… engaged. While I did spend some good times with old friends, I also ended up having a couple meals off on my own. And everybody knows, you don’t waste meals at a con!

Still, I enjoyed the convention — and it was fun to see old friends and be at the Atlanta Marriott Marquis again, a truly memorable hotel architecturally. The last couple times I was there was for DragonCon, when the hotel and surrounding area are completely mobbed with 60,000 people. It was weird to see the hotel in a normal situation. After DragonCon — it felt like the place was a ghost town! 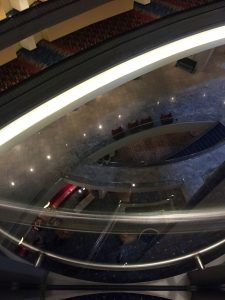 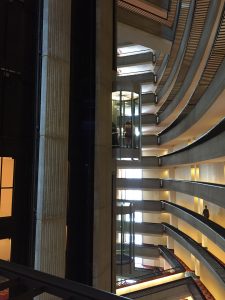 I got in on Thursday, May 7th and took the train in from the airport — highly convenient, yet the first time I’ve done that in Atlanta. 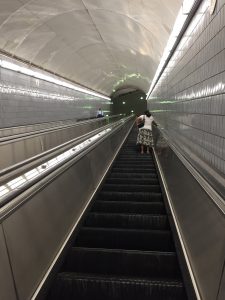 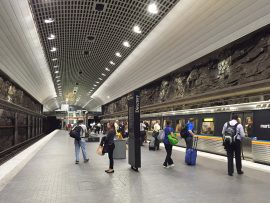 I met cool Samhain labelmate Frazer Lee on the walk from the train to the hotel… we would connect several times during the convention (I enjoyed watching some of his short films during the con), and Beth Gwinn snapped a good shot of us at one point (at right).

Once I got to my room and unpacked… I went downstairs to get my registration badge and bag… and couldn’t find the hidden level of the hotel that our convention was hidden on! It was very disconcerting, because I knew the con was there… and I’d been in the hotel many times before! Ultimately, of course, I did find it — but you had to go to a back escalator to a space that was perfect for a small convention — nicely contained — but yet… strangely remote. 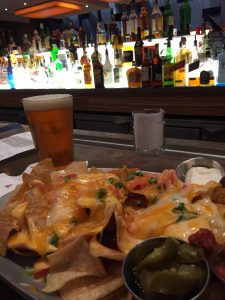 Once I found where things were going on and got my badge, I decided to grab a snack and a local brew at the hotel’s High Velocity bar before diving into socialization. I tried some nachos with a Sweetwater Pale Ale. You have to be careful not to get dehydrated at a convention. I took due precaution. 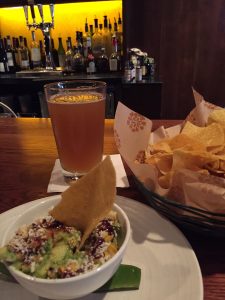 I took the next morning easy — poking in to a couple panels and then venturing outside, where I discovered Alma Cocina – a great Latin/Fusion place just a couple blocks from the hotel for lunch, which I turned the Grey Matter Press folks on to later in the con. To quote Grey Matter’s Anthony Rivera — “Great food and even greater margaritas, especially the Rosemary’s Baby margarita. But, while at World Horror Con, who could pass up a drink by that name?”

I should get my own program on the Food Network! “Eating with Everson!” 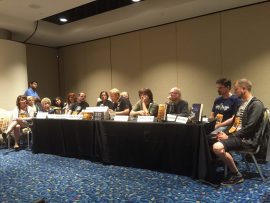 That afternoon, I dropped into the Readings and Shenanigans for the LIBRARY OF THE DEAD and QUALIA NOUS panel, since I had a story in QUALIA NOUS, and saw Weston Ochse do a reading.

That night was the mass author signing, and while originally I’d heard that Samhain Publishing was carving out a block of tables for its authors… that didn’t happen. Still, I staked out a table with labelmate Frazer Lee and signed a few books in the back corner shadows.

After the mass signing, I connected with old friends Brian Pinkerton and Chris Welch and took them to Max Lager’s Wood-Fired Grill and Brewery, a spot I’ve been to near the Marquis before. It was a great dinner with great friends! 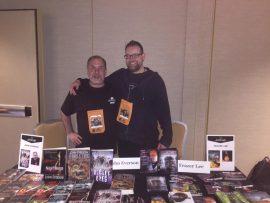 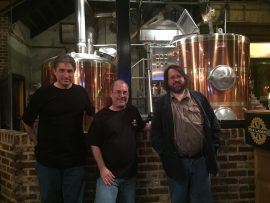 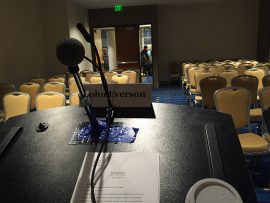 I stayed up too late on Friday night considering I had an early morning reading scheduled … but as it turned out… it didn’t matter. While I dragged myself downstairs to read the first chapters in my work-in-progress sequel to COVENANT and SACRIFICE early on Saturday morning, unfortunately the reading wasn’t in the program book and I didn’t think to pre-print signage to promote it… so… nobody came… and thus, nobody got to hear those unpublished chapters! That was ok with me… I went back to bed for awhile!

Saturday night was the Bram Stoker Awards and I sat with my editor, Don D’Auria, at the Samhain-sponsored tables for the event, which was great fun. I enjoyed watching my friend Jonathan Maberry present the Grandmaster Award to true grand master William F. Nolan.

That night, in the hotel bar, there was a great deal of connecting going on, and at one point, Tracy L Carbone, Kelly Laymon, James Newman, Lincoln Crisler and Monica J. O’Rourke and I took this shot.

As the night wore on, the bar slowly cleared — in fact, they kicked us out — and I ended up in the lower levels of the Marquis with Frazer Lee, Aaron Warwick Dries and old pal Michael Arnzen and his Seton Hill gang of authors/colleagues/students, which was probably the high point of the convention for me. I don’t think I’ve laughed that much at 4 a.m. in… maybe ever. 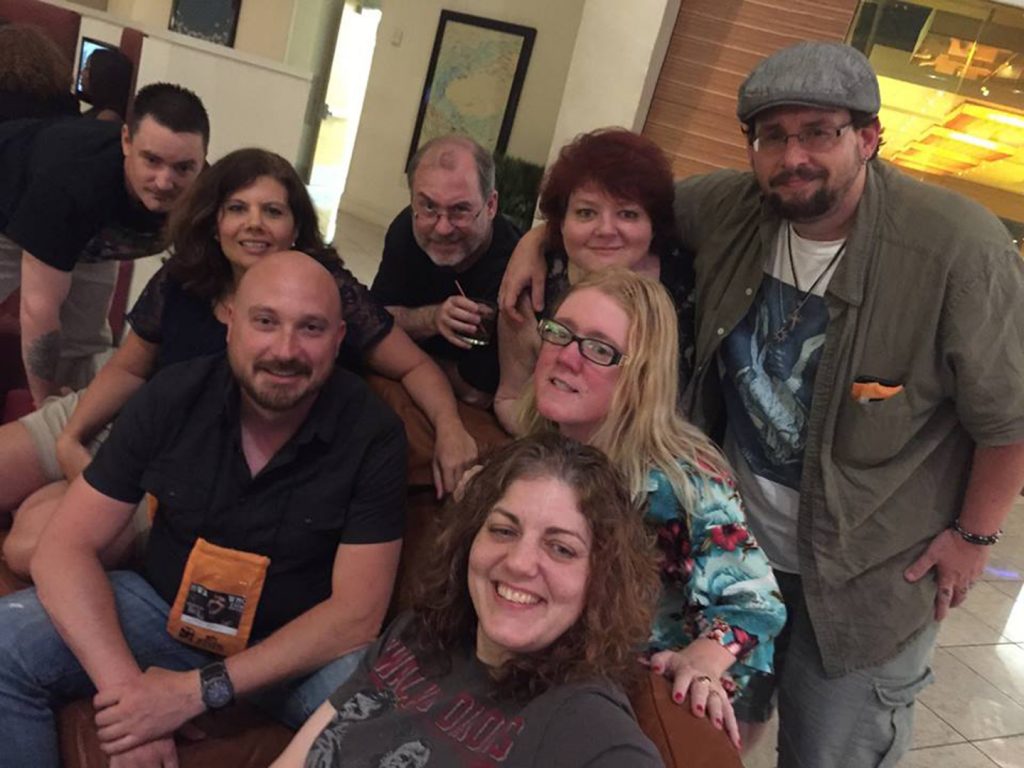 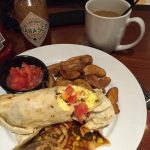 After a couple hours of sleep, I enjoyed a breakfast of champions at the airport, as I made my way home to spend a bit of Father’s Day with my family.