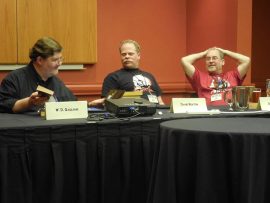 HAD A GREAT TIME this weekend at OdysseyCon hanging out with friends like Jonathan Maberry, W.D. Gagliani, David Benton, Chris Welch and Christine Verstraete and meeting very cool folks like Matt Forbeck, Alex Bledsoe, Paul Dale Anderson and James Frenkel. There were panels. There was craft beer. There was a cow zombie apocalypse at the opening ceremonies!

Christine Verstraete posted a nice summary of the con with some quotes on her blog. 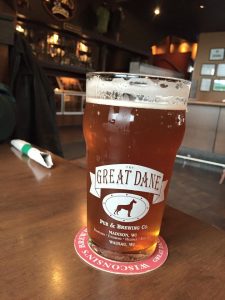 I started the weekend with friends and a beer at the Great Dane pub on one side of town and ended it with a long overdue “in-the-flesh” meeting and a pint in a different Great Dane on the other.

For the Great Dane experience on the front end, I had a lunch and a beer with my friends Bill Gagliani, Dave Benton and Chris Welch before the con really got under way. Chris drove us all there, since he’s from the area, and it was a fine choice and a great, close-knit circle way to start the con!

The main reason I attended the con was because Jonathan Maberry was the guest of honor — and the new V-Wars: Night Terrors shared world anthology that he conceived and edited was originally due out the week of the con. I suggested since I was just a 3-hour drive away that we do a V-Wars panel (since I had stories in the first original V-Wars and in Night Terrors) and Bill Gagliani suggested a similar idea since Maberry’s X-Files anthology features a story from him and Dave Benton… so… it became a Maberry “Anthologies” panel which was a lot of fun (even though the V-Wars book got delayed by nine months due to a release format change from hardcover to trade paperback.)

Bill and Dave and I did a “late-night” Bedtime Stories panel as well together, where we read from some of our more racy works along with Paul Dale Anderson (who I was excited to meet, since he wrote for several of the Hot Blood anthology books back in the ’90s — an anthology series I always wanted to be a part of). And there were also panels on the “craft” of writing and publishing which were both entertaining and informative!

In between all of the shop talk, I also ducked out of the hotel to check out a really cool Madison microbrewery — Karben4. Their Fantasy Factory IPA is quite good – rivaling the drinkability of Chicago’s Revolution Anti-Hero IPA.  (A couple 6-packs came home with me!) And you gotta love a joint that serves a summer sausage Reuben. Only in Wisconsin!

During the con, I was lucky enough to catch Jonathan one morning for breakfast, and also talked with Jim Frenkel a bit (loved talking midnight movies of the 1970s NYC Grindhouse era with him), and we had lunch on the final day across the street from the hotel. Jim was a long time editor at Tor, and does foreign rights agenting these days… so perhaps in the coming year, he’ll be getting some Everson books translated into more languages! 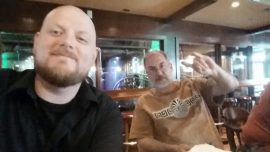 On my way home, I got to have lunch with someone (at the other Great Dane) who I’ve corresponded with for years but never met in person before — artist Travis Anthony Soumis, who did the limited edition book covers for my Necro and Bad Moon Books editions of Needles & Sins, The 13th and Siren. That was worth the trip all by itself!

Here are a few more photos from the weekend, (with thanks to Travis, Chris, Bill and Christine for snapping most of them). 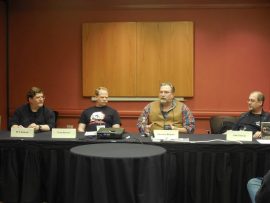 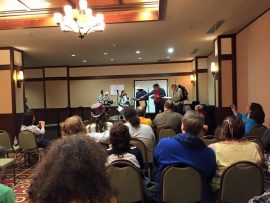 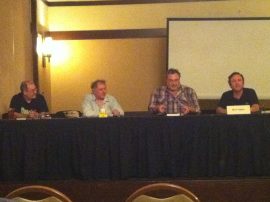 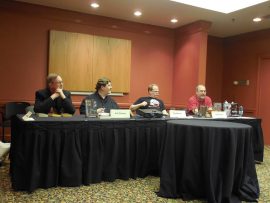 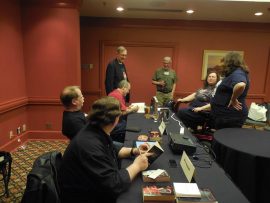 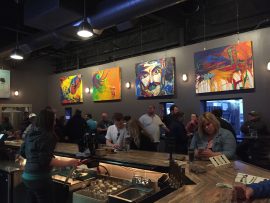 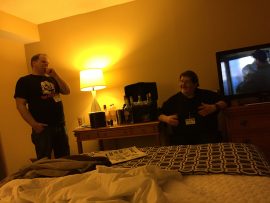 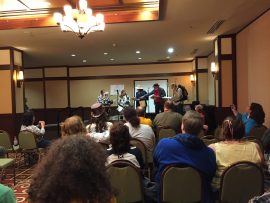 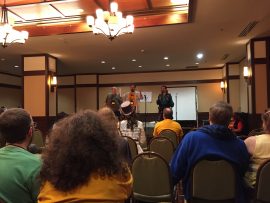 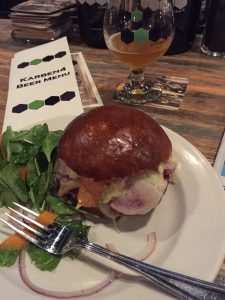 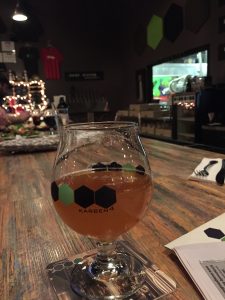