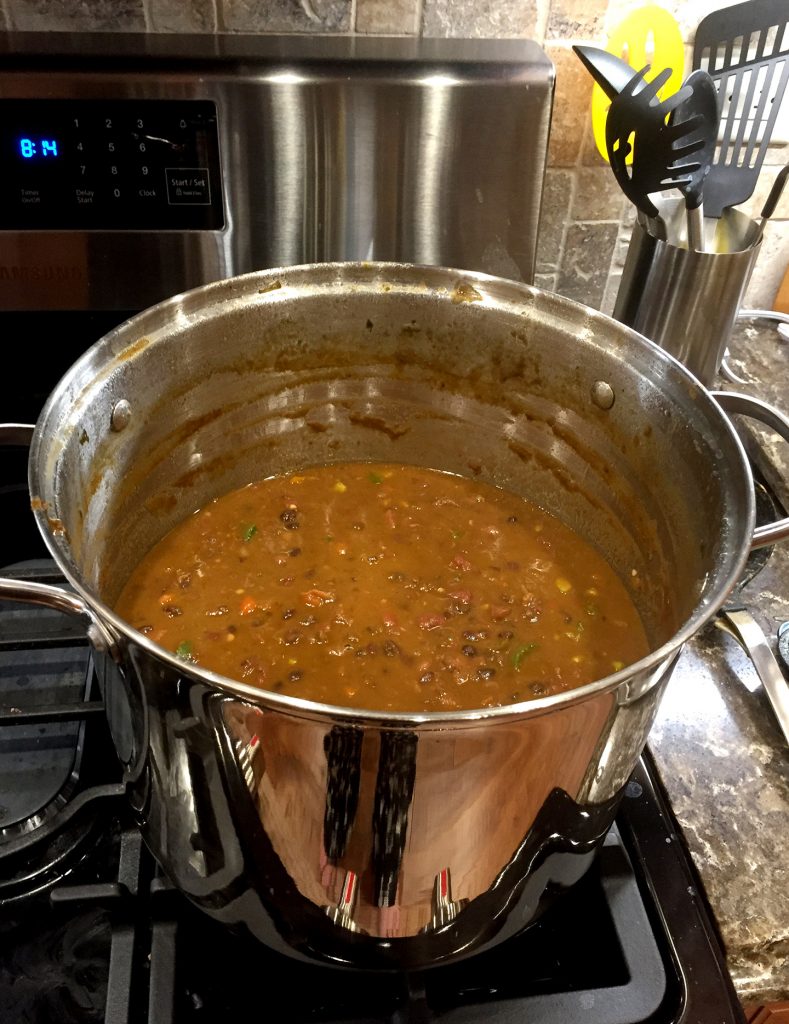 ALMOST EVERY YEAR, I cook a ham at some point between Christmas and New Year’s, and then typically use the ham bone for a New Year’s Bean Soup. I fill most of a big soup kettle, and freeze the resulting soup for lunches for the coming cold months.

It’s typically a fly-by-night affair on ingredients, but this year I kept track when I made it yesterday, and my son Shaun chose to finish his bean soup over his cheeseburger last night… so I know this one turned out good.

Typically, I use all dried beans, but this year I only had one “multi-bean” bag, so I tossed in a can of chili beans to make up for the shortfall. I also usually use Ro-Tel diced tomatoes and chilis instead of tomato sauce… but the pantry had sauce and not Ro-Tel… and hey, cooking’s all about using whatcha got!

Here’s how you can make this year’s edition of:

I tend to like my soup spicier than everyone else, so after removing the ham bone and stirring, I will siphon some of the soup into another pot. Once I have two pots going, I’ll chop up a jalapeno or two, plus a serrano and habanero pepper, and add those to the batch that I’m going to be eating. Whatever you do, if you have people sensitive to spicy, do NOT cross the stirring spoons over that next final hour of simmering!

Serve with grated quesadilla cheese or colby jack, and a dollop of sour cream!