Home The Horror Life The Goblin King dances no more

The Goblin King dances no more

Now Ziggy really sang, screwed up eyes and screwed down hairdo / Like some cat from Japan / he could lick ’em by smiling / He could leave ’em to hang / Came on so loaded man, well hung and snow white tan.
— David Bowie, “Ziggy Stardust” 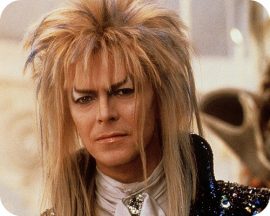 I WAS IN LINE to board my flight home from a week in Seoul, Korea and Tokyo, Japan when I saw the news.

David Bowie, dead at 69 from cancer. That was three hours ago now, and I’m writing this 30,000 feet above the ocean, as I listen to ChangesBowie, an album that’s been on my iPod forever. But first, I listened to Ziggy Stardust and the Spiders from Mars, the first Bowie album I ever owned.  And I’m about to switch over to a live concert of his that I happen to have on the iPod. 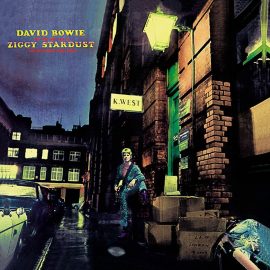 Ziggy Stardust was one of those formative, life-changing albums for me. It remains in my Top 100 albums of all time (and ask anyone – I love a lot of albums!) A friend introduced me to it back in freshman year of high school, and I was blown away. I’d heard Bowie on FM radio before that year (1980) but when I sat and listened to that album…. wow. He was edgy. He was pop. He could rock. Bowie could do anything. And over the course of his career… he really did. 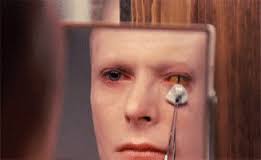 I remember renting The Man Who Fell To Earth with that same friend on VHS back in 1980 or 81, and scratching my head and saying wha???? One of these days, I need to watch that movie again. Truth be told, I never became a truly “rabid” Bowie fan — but over the past 30 years I’ve always paid attention to whatever he did. And at this point, I own virtually all of his albums. I actually took my collection of Bowie CDs to a DragonCon a few years ago to use as show-and-tell on a Bowie panel I was on. 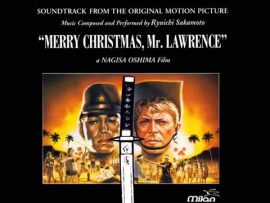 Bowie was a chameleon, a man who loved to change. To push the envelope. To try new things. He understood the dangers of complacency. He went from glam to pop when I was in high school, and Let’s Dance is also one of those formative discs for me. During that period he wrote an amazing song for the remake of Cat People, and then turned in a couple great songs as well as a perfect performance as The Goblin King in Labyrinth, one of my favorite movies ever (also starring Jennifer Connelly, right after her lead performance in Argento’s Phenomena.) When I was in college, I had a giant movie poster of him from Merry Christmas, Mr. Lawrence up in my dorm. He didn’t do the music on that one  (though Ryuichi Sakamoto’s theme song to it is one of my favorite movie songs of all time!). I still have that poster tucked away.

His catalog is amazing and while I must admit I couldn’t get into his Tin Machine phase, I love songs from all other phases of his career — my favorites topped with “Heroes,” “Ziggy Stardust,” “Life on Mars?””Golden Years,” “Sound and Vision,” “Rebel Rebel,” “Let’s Dance,” “China Girl,” “Modern Love,””Fashion,” “TVC 15,” “Changes,” “Under Pressure” and his soundtrack singles like “Absolute Beginners,” “Cat People (Putting Out Fires)” and the Labyrinth tracks “Magic Dance” and “Underground.”

He did live duets with Bing Crosby and Robert Smith that are amazing… and connect so many generations.

There will be millions of words written about Bowie’s career now. And deservedly so. His Sound and Vision touched the lives and colored the experiences of millions. Few have made the impact on pop music and culture that Bowie did. I’m looking forward to hearing his final album, Blackstar, released just a couple days ago on his 69th birthday. His parting gift to the world.

The Man Has Fallen From Earth… but he left behind a treasure for all of us.

Goodbye David Bowie… and thank you for the music, the acting and the artistry. 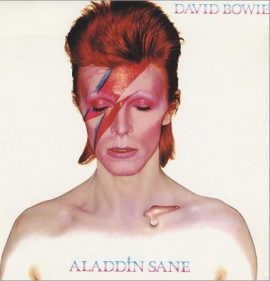 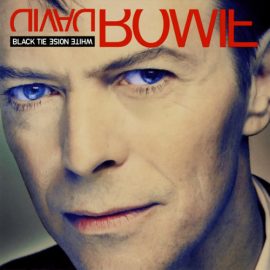 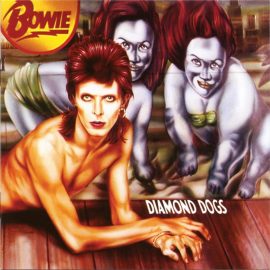 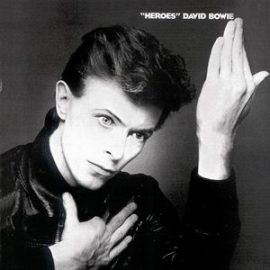 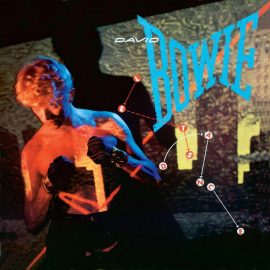 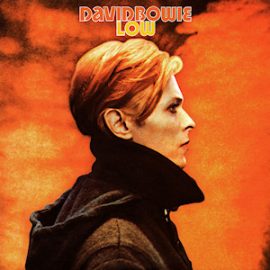