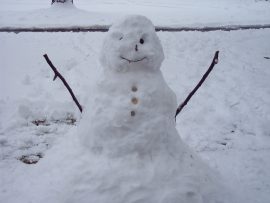 IN CHICAGOLAND, the ground is covered by snow… and my house is festooned (how often do you get to use that word?) with lights…It’s beginning to look a lot like Christmas. Good thing too, since today is Christmas Eve.

It’s hard to believe it’s the end of 2009 already. Since last December, both Sacrifice and The 13th have been released and I’ve written and turned in a fourth novel, Siren. I’ve done book signings all over the country — in San Francisco, Atlanta, Nashville, St. Louis, Springfield, Indianapolis, Louisville and Cincinnati, not to mention all around the Chicago area. And I’ve been an author guest at Dragon*Con, Hypericon, ZombieConX and the Chicago Horror Film Festival.

Needless to say, it was a fast-paced year for me. As I sit here sipping my coffee on Christmas Eve, I wish I could thank everyone who’s supported me over the past 12 months. A couple days ago, I sent everyone on my e-newsletter a special Christmas story, just for them. It’s been a privilege to meet and talk to so many interesting people at conventions and bookstores and correspond with lots of others on email and Facebook and Twitter and MySpace. I’ve been lucky to have been able to meet and connect with so many.

I’m looking forward to the next few days of Christmas vacation to unwind, kick back, and reflect on one of the best years of my life.

Everyone has their own traditions at this time of year. One of mine used to be watching It’s A Wonderful Life on Christmas Eve. I haven’t done that in awhile (after seeing the movie more than 30 times, I think the need has diminished!) I hope all of my friends and family enjoy their own favorite traditions these next couple days.

(It’s also embedded on my MySpace page, but if it doesn’t start auto-playing, just scroll down a little and hit play – the player is in the left column.) Thanks to my friends John and Lexi Zehren, and Mark Konzen and Chris Fry for serving as the backing band for this recording of an original Everson Christmas song!

Another tradition of mine has been sending out a link to my holiday fantasy story “Christmas the Hard Way,” which I originally wrote as a gift for family and friends. If you haven’t read it, I hope you’ll click below and enjoy it. 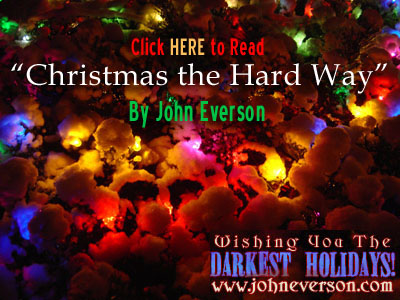