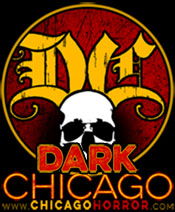 I AM PROUD TO ANNOUNCE a new affiliation between the John Everson ~ Dark Arts site and the Dark Chicago network of horror-oriented websites!

You’ll notice the Dark Chicago banner now on the main menu pages across my web site; give one a click and check out all of the dark stuff seeping out of the Windy City. There’s an impressive lot of dark culture here!

For those that need their horror feeds 24/7, there’s also a cool DarkChicago.com toolbar available to add to your web browser, so you’re always in touch with what creepy happenings are going on in the area.

As a Chicago-area horror author and occasional horror web designer and book cover artist, I’m excited to be part of this network of kindred dark spirits!