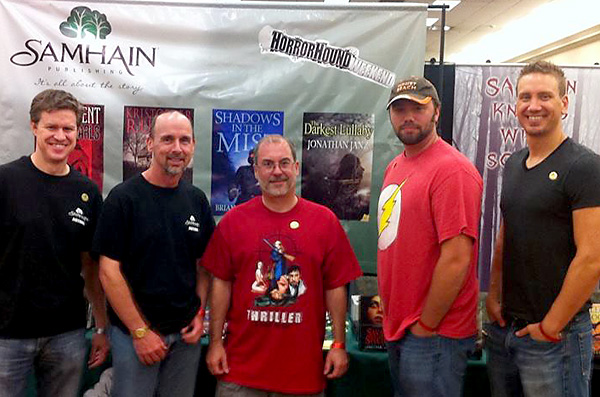 I HAD A GREAT TIME this weekend hanging out and talking horror with my fellow authors from Samhain Publishing at HorrorHound Weekend in Indianapolis!

This was the first HorrorHound I’ve gone to, and hopefully won’t be the last. My publisher, Samhain, was a major sponsor of the event and so they had a long table right in the front of the exhibit hall where I sat all weekend and signed copies of Violet Eyes and NightWhere with fellow dark scribes Jonathan Janz, Russell R. James, Kristopher Rufty, Mick Ridgewell, Brian Moreland and David Searls. It was great meeting / catching up with everyone. 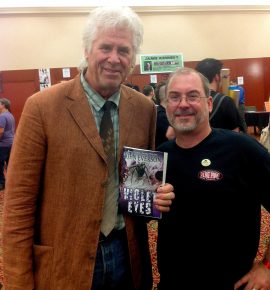 I had dinner on the first night in the same room with Robert Englund (he was at the table right next to us!)  but it wasn’t until the end of the weekend that I actually got a chance to talk to any of the HorrorHound media guests. I met Danielle Harris from the Halloween movies — I saw her Among Friends feature when it debuted last year at Flashback Weekend in Chicago. I also had a great chat with Barry Bostwick (who will always be Brad from Rocky Horror Picture Show to me!) about scripts, films and novels. He was very genial and kind – I wished we could have talked more! We snapped this photo of him holding Violet Eyes, when he visited the Samhain table. 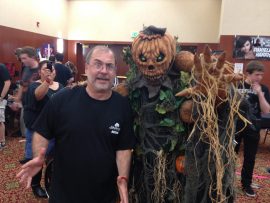 I don’t normally do autographs at conventions, but I brought my Ginger Snaps DVDs to the con and was all psyched to get  Emily Perkins to sign them… and then she turned out to be a last minute cancellation! :-/

I did, however, get to meet the real Pumpkin Man!

The weekend was like a small reunion from Flashback Weekend in Chicago just 2-3 weeks earlier — at that con, I had a table in the exhibit hall to sell all of my books and sat next to Justin and his artist wife Daniela Calcaterra Fullam of Little Punk People on one side and  Jerry Chandler of Synapse Films on the other. Both of them were right around the corner from me this time as well, and I went out to dinner Friday and again on with the Synapse gang — Jerry, Don May and Billy Kirkus. On Saturday night, we ended up in downtown Indianapolis to enjoy the gluttonous wonder of a Brazilian steakhouse at Fogo De Chao. And then we sat out on Jerry’s patio at the hotel talking about the subtleties of Detroit sausage half the night. Talk about a food night. 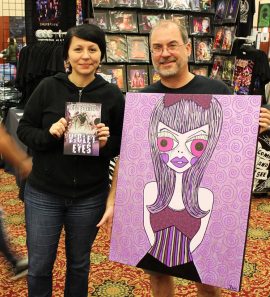 On Sunday, Daniela finished one of her art pieces, and named her Violette for me. Violette and a smaller girl named Lilac went home with me to deck out my purple office!

At the start of a convention, it always seems like you have a ton of time… and then all of a sudden, you’re packing up, and you realize you’ve not seen half of the things at the con, or talked to nearly as many people as you intended to! And so it goes.

By mid-Sunday afternoon, the exhibit hall was nearly dead (which is when I walked over to say hi to Barry Bostwick and Danielle Harris). I snapped a few shots of the impressive  “Hall of Masks” in the ballroom across from where we had been all weekend, said my goodbyes and packed up the car for the long ride. On the way home I stopped in downtown Indy at Scotty’s Brewhouse for a beer and a burger so decadent I could barely get my mouth around both buns! Scotty’s rocks! Overall, a great weekend!

Here are some other pictures from the con. Just click on them to see larger versions: 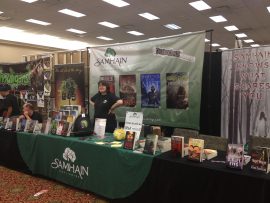 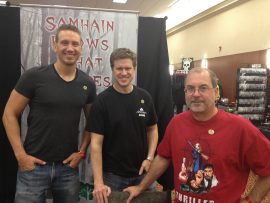 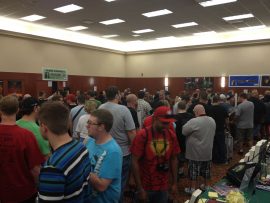 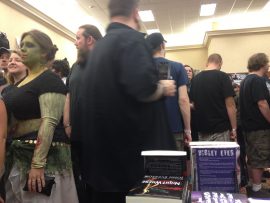 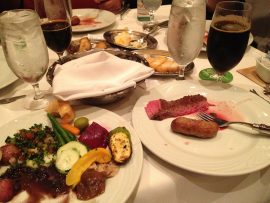 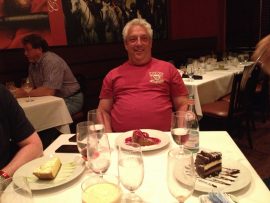 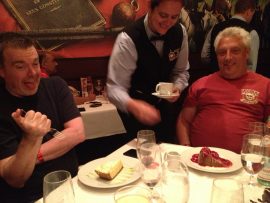 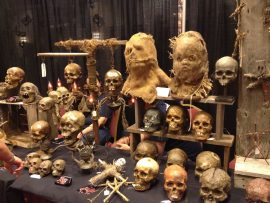 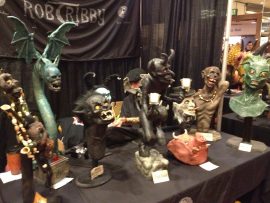 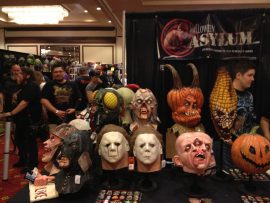 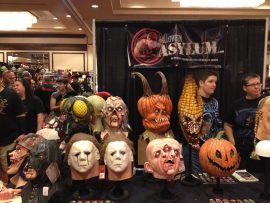 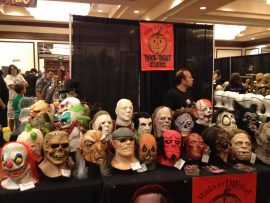 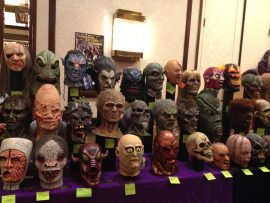 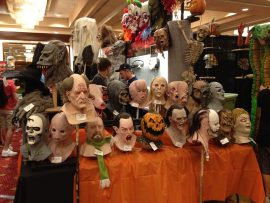 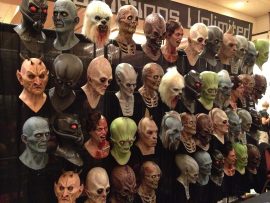 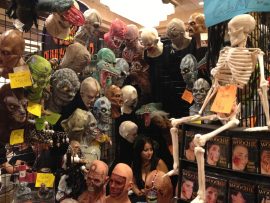 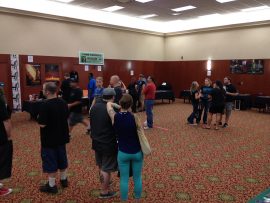 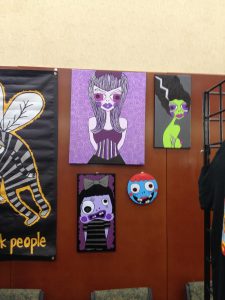 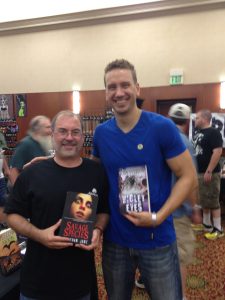 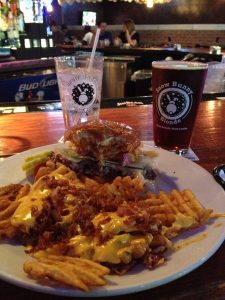