Cage of Bones now in paperback! 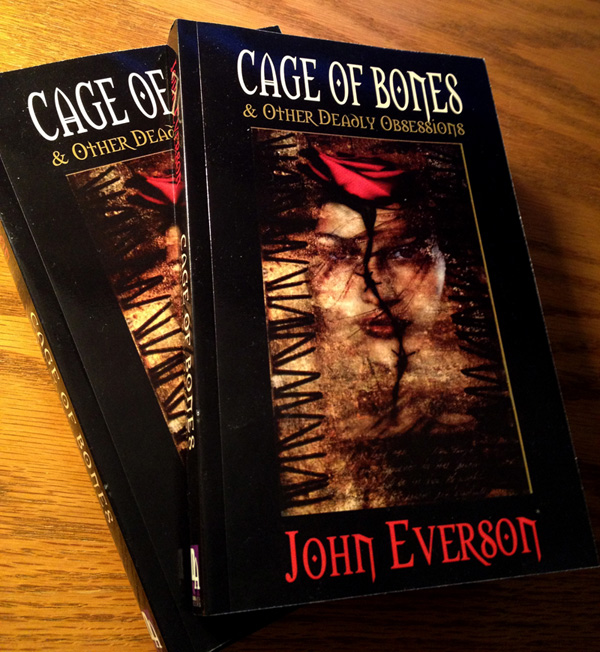 LOOK WHAT ARRIVED in the mail — my first book — now in paperback for the first time ever!!!

CAGE OF BONES & Other Deadly Obsessions was originally released as a limited edition hardcover by Delirium Books 13 years ago… but it has never had a trade paperback release until now.

I have always felt bad that CAGE OF BONES never came out in a paperback version when it was originally released. It was my very first book, and appeared in a limited hardcover edition back in 2000 from Delirium Books. At one point at the height of the “collectible books” boom, since there were only 300 copies made, there were some copies of CAGE that were resold on eBay for $150! Eventually, the collection did get a stripped down e-book release from the publisher, but that version was missing content from the original hardcover.

Anyone who orders from Dark Arts Books can have their copy autographed if you like (because I’ll be the guy shipping it out!)