“Strong Will Survive” released in French 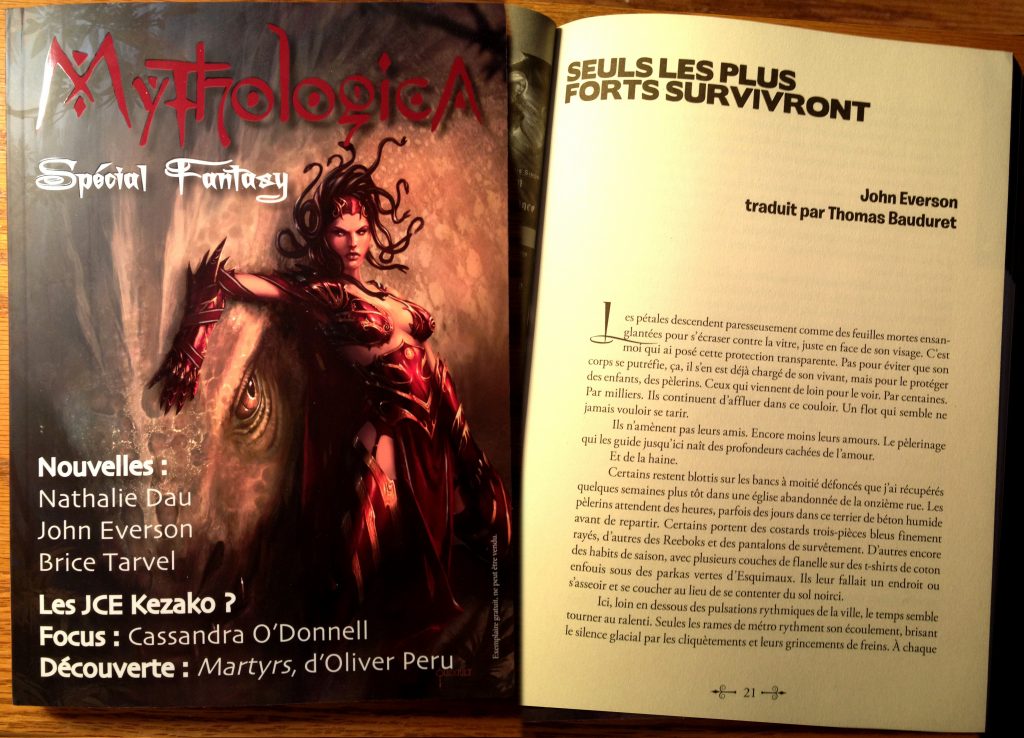 LOOK WHAT CAME in the mail today, all the way from France! A copy of MYTHOLOGICA, a special preview “Issue 0” edition of a new gorgeously illustrated trade paperback-size French magazine.

It features a translation of my story “The Strong Will Survive,” which was originally published in Space & Time magazine and then in my collection Needles & Sins.

Huge thanks to Thomas Bauduret for buying and translating it for this release. Thomas also has translated Covenant into French, for an upcoming release there.