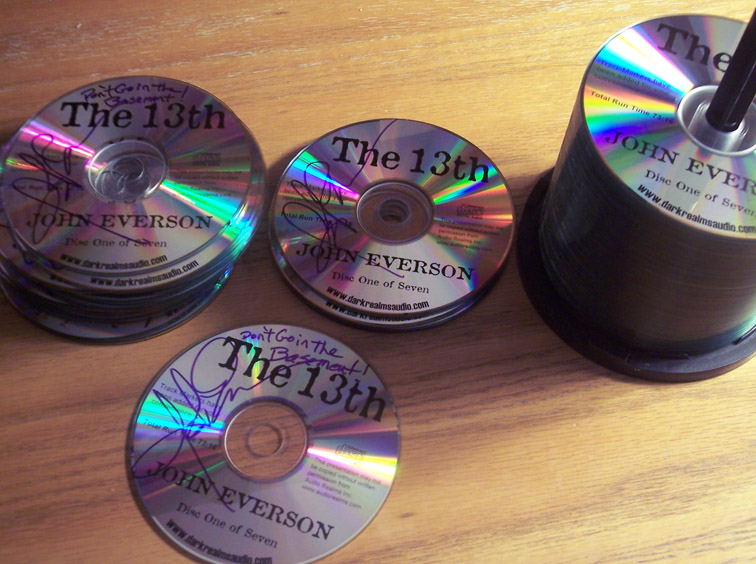 SO THIS AFTERNOON, at our company Christmas party, I found myself playing keyboards in a “staff band” after just a couple practice sessions. We played a handful of holiday carols —  including a take on “Blue Christmas” with “Santa Elvis” at the mic to sing.

We even managed to stumble through renditions of Van Morrison’s “Gloria” and Journey’s “Don’t Stop Believing”.  The kazoo solos by the audience, (who were all provided with budget instruments to help us out) on The Beatles’ “Twist and Shout” were particularly inspired though. It was… fun. Though it would have been more fun with beer (we were at the office, so no libations).

So what am I up to tonight, after this triumphant return to public musical performance? 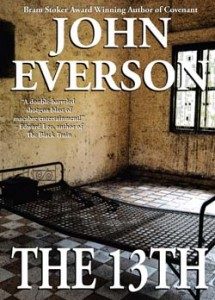 Signing… CDs! Only, these aren’t discs of music, but instead, an audiobook edition of my 3rd novel, The 13th! Audio Realms is producing audiobook editions of both The 13th and Siren, and both will be out over the next few weeks.

I never thought I’d find myself signing CD faces. But it’s kinda cool!  And the readers for both of the novel audiobooks are excellent (I heard the first chapters of The 13th a month or two ago, and I’ve already heard some of Siren, which should be completed next month).

You can learn more about the audiobook edition of The 13th at the link below — and get a pretty good discount if you pre-order one (the price goes up $10 once they’re released!)

2018 Note: Audio Realms is now out of business, but the audio recording is available through Amazon and Audible.