Home The Horror Life Halloween 2018… A reading, a haunted house and the return of Horror Movie Night!

Halloween 2018… A reading, a haunted house and the return of Horror Movie Night! 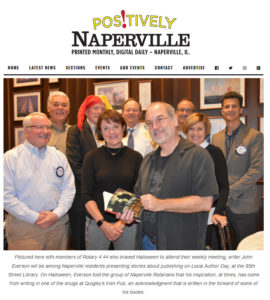 IT WAS A PRETTY awesome Halloween week. For the first time in years (maybe decades) I ended up so busy that we never carved pumpkins. While that was a bit of a bummer (because it means I also didn’t make pumpkin seeds, which I always do!) lots of cool stuff DID happen.

On Halloween (Wednesday) around 5 p.m., I did a live reading of the Prologue of The House By The Cemetery during a presentation on my “path” as a writer to the local Naperville, IL downtown Rotary Club. They were a wonderful, fun audience, and I met Nancy Quigley, the owner of Quigley’s, the local Irish Pub I frequently write at. That was an unexpected bit of “cool.”

Positively Naperville published a photo from the event, which also served to promote the Naperville Library event I did later in the week.

Off to the Haunted House!

After I left the Rotary, I stopped at Leo McNamee’s house in Naperville. Leo is a local horror movie effects maker and actor that I met this summer at Flashback Weekend.

He also happens to put on an elaborate haunted house every Halloween in his yard with tons of yard statues, fog, lights and some marauding ghouls. He’s been featured in the media for his elaborate setup and the trick-or-treaters love it.

Naperville has a “haunts” trolley that takes people around to notable Halloween-decorated houses in October and not surprisingly, the trolley makes a stop at Leo’s every day of the season so riders can see this must-stop spot. (I watched one stop the night I was there and throngs got out to marvel at the dozens of creepy statues (and fog and live costumed haunts).

I had a beer with Leo and got a tour of his props molding basement studio (I did go in the basement… and I got out alive!) 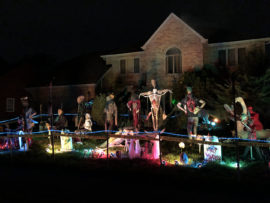 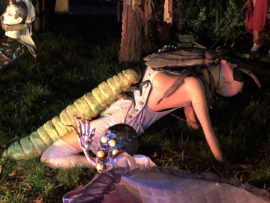 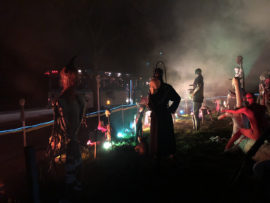 On Saturday, I spent the afternoon at the Naperville Library Local Authors Day. The library invited a number of authors to set up tables to show off, sell and sign their books for the afternoon, and also staged two panels with some of the authors.

I got to catch up with Brian Pinkerton there and served on a panel about writing with Raymond Benson, Sonali Dev and Tracy Townsend. (Apparently I was searching the sky for an answer to one of the panel questions in this photo). 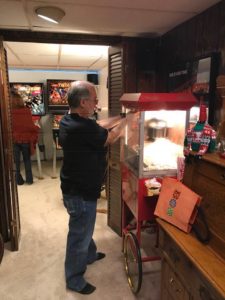 After the Local Author Day, I headed home to finish preparing for Halloween Movie Night, an almost annual event I’ve staged for my friends for nearly two decades. I’d actually put a brisket on the smoker on my patio at 2 a.m. that morning after watching a movie and then a pork roast at 8 a.m., so there was meat slowly cooking all day long at my house on Saturday.

For movie night, I always put together a “menu” of films, which everyone then votes on via e-mail. Everything is ranked, so we end up with the movies that truly garnered the most of the popular vote. This year A Quiet Place and Popcorn won the votes, so we enjoyed a modern film and an (almost) ’80s classic, thanks to the steelbox edition from Synapse Films. Popcorn was actually released in 1991, but features several actors you’ll recognize from the ’80s, with a kitschy plot to boot.

We also ate a ton of food — including some fried rats that my friend Lon brought (stuffed deep-fried jalapenos) and played some pinball! 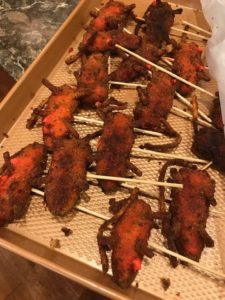 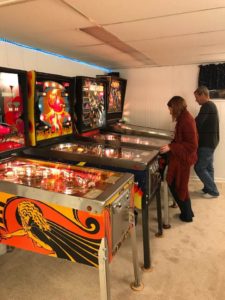 Here are a few more photos of the ghouls in Leo’s yard: 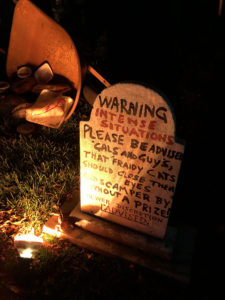 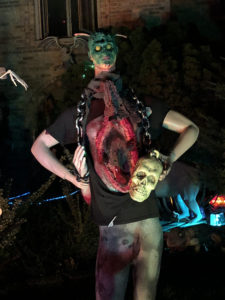 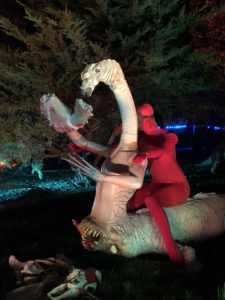 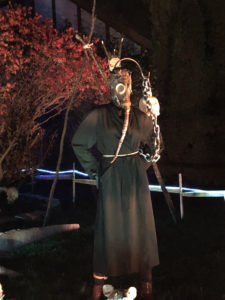 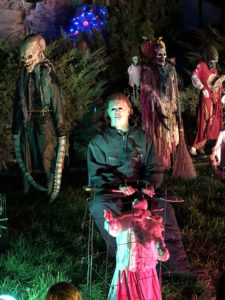 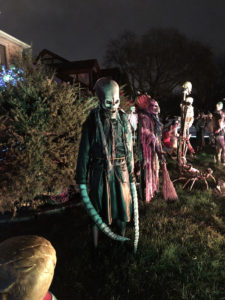 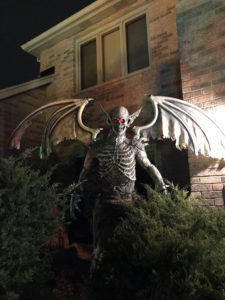 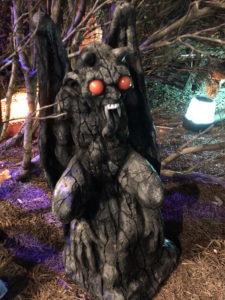 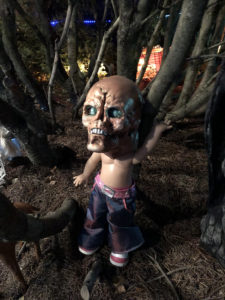 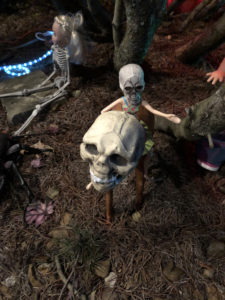 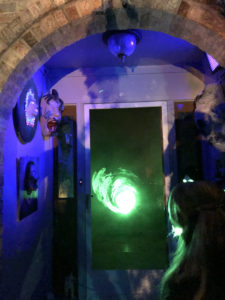 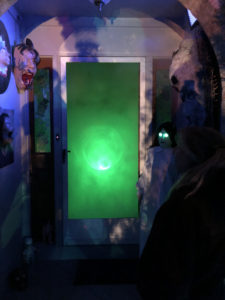 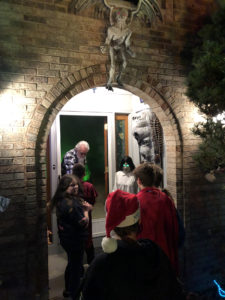