Home Pinball Pinball at the ‘Zoo… 2 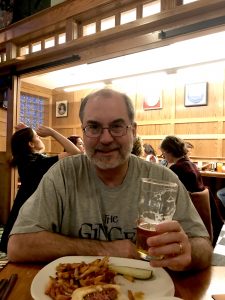 WHAT AN AWESOME WEEKEND weekend! Shaun and I drove 3 hours up to Kalamazoo, Michigan on Friday to hang at the Pinball At The ‘Zoo convention. My friend Brad Czernik had talked about the con for years to me, and so Shaun and I went last year for a day… but this year was even better, because Shaun was a little older and we stayed a little longer.

We started our time in Kalamazoo Friday night with an awesome dinner at Bell’s Brewery’s “Eccentric Cafe” (housed in the original Bell’s brewery building), where Shaun tried poutine for the first time, and then played a few hours of pinball before calling it a – not-early – night (we’d both woken up around 5 a.m. and didn’t go to bed until after midnight).

On Saturday, we were at the Kalamazoo Expo Center bright and early (after a trip for Sweetwater’s Donuts with our friends Brad, Christian and Levi Czernik. 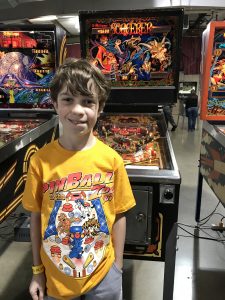 I got Shaun a con shirt and found a Sorcerer pin that was fun to compare the play-feel to ours (ours is in a little better condition and has LEDs instead of incandescent lights).

We ended up playing pinball for over 12 hours yesterday, thanks to a post-convention trip to our friend Mike Schudel‘s house (huge thanks for a great time, Mike!)! Ironically, given that it was “Record Store Day” I found a bunch of old LP album cover cutouts at the soda pop booth at the convention (LP covers of Smithereens, Device, Fogerty, Katrina and the Waves, The The and more…) which I’ll display in my basement music room. So I bought no records on Record Store day… but I bought record covers!

Over the course of the day I logged a LOT of time on some of my favorite machines — Stargazer, Galaxy, Meteor, Elvira’s Scared Stiff, The Machine: Bride of Pinbot, Attack From Mars and many others! Shaun played in the Youth Pinball tournament at the convention center, and also played his fill of his favorites, Medieval Madness and Godzilla. 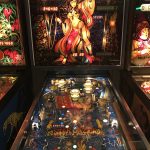 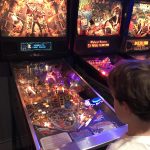 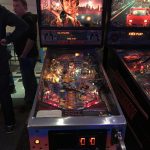 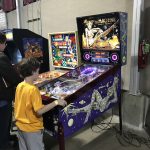 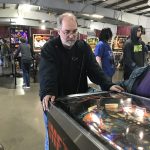 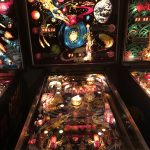 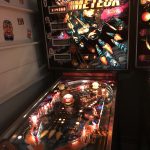 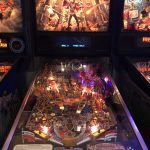 We slept in this morning (two days of pinball will wipe you out!), and then hit Anna’s House, the same breakfast place (under a different name!) that we ate at last year before heading out of town and back to non-pin reality.

More pix of some of our favorite machines and moments from the weekend: 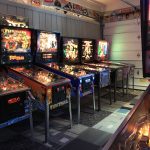 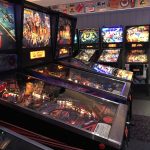 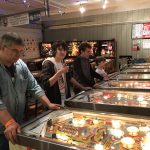 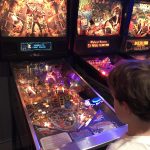 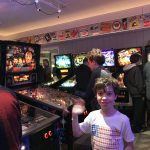 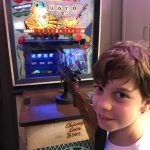 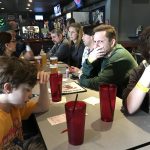 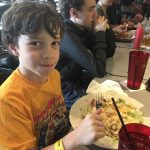 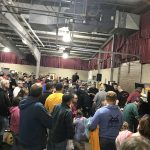 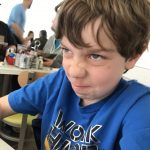 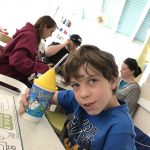