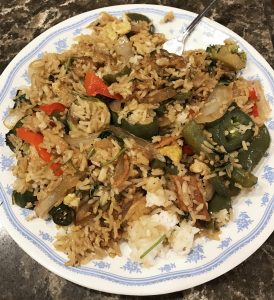 I HAVE BEEN MAKING stir fry dishes since I was in college. Back then, it was partly for affordability. You could throw together a bunch of cheap ingredients and eat for days. But… if it’s done right, a good spicy stir fry is a fairly healthy flavor explosion. Out of all the things I cook, it’s one of the things I love the most, and honestly, I’ve never had anything like the way I make it in a restaurant. And if you’ve scored some good hot peppers, the taste will make you cry from both joy and heat.

The recipe shifts a little, depending on what’s in the fridge, but there are a few constants — there are always a lot of peppers, onions, fresh ginger, and bacon and eggs. One of the keys, to me,  is to have a large electric fryer, so that you can cook all of the veggies evenly and quickly without making them too soggy. I’ve got an electric wok… but I’ve always preferred the long rectangular fryer. I have also found that, while it makes more dishes, it’s useful to chop everything and have it ready in separate bowls prior to getting too far into the cooking process… chopping always takes longer than you expect! 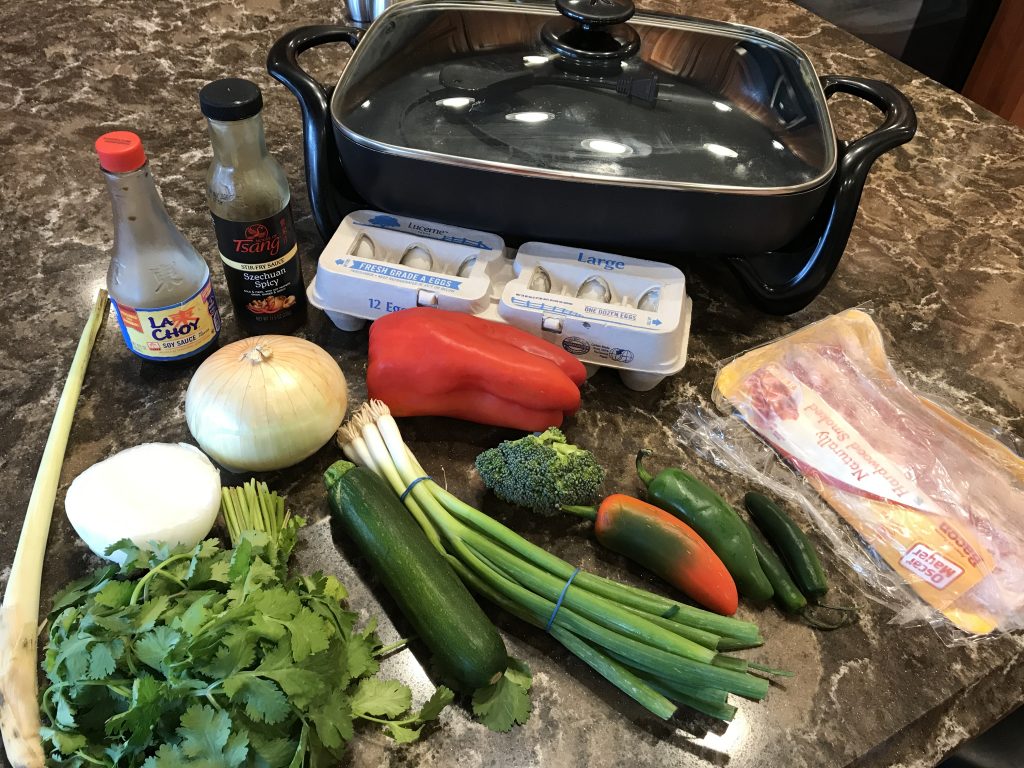 VARIANTS: You can add yellow and orange Bell Peppers to augment the “sweet” and to kick up a spicy stir fry you can add Thai Hot Peppers, Fingerhots or Habaneros to increase the “heat.” But you should always have Red Bell Pepper and Jalapenos as the base. Adding fresh pea pods and bok choi is never a bad thing.  If you’re not a fan, you can skip the broccoli or the mushrooms and it won’t change the taste much. I usually have a bag of mixed frozen diced carrots, beans, peas and corn in the freezer and I’ll sometimes toss a couple handfuls of that into the mix. You can also dice up and add chicken or pork to augment the “meat” portion, though I honestly like it best simply with bacon.

Prepare to have your tastebuds dance. And if you were generous with your peppers, maybe shed a tear. 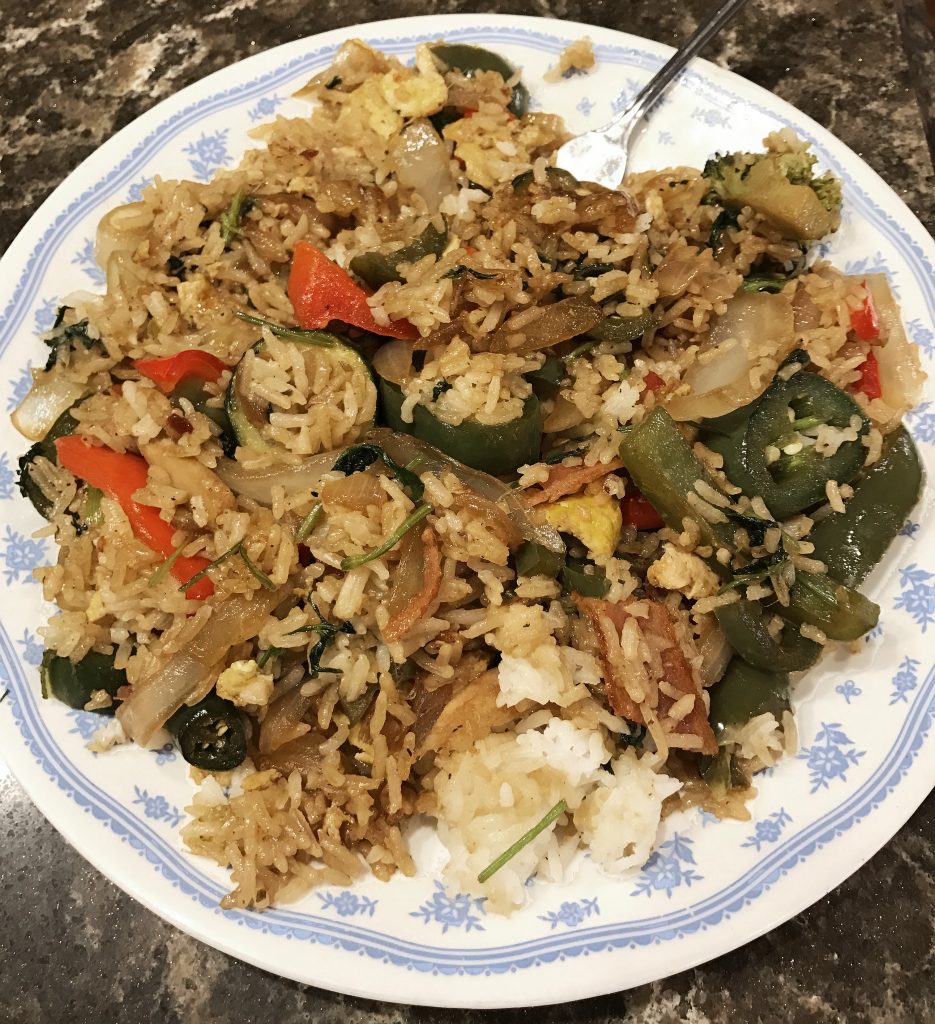