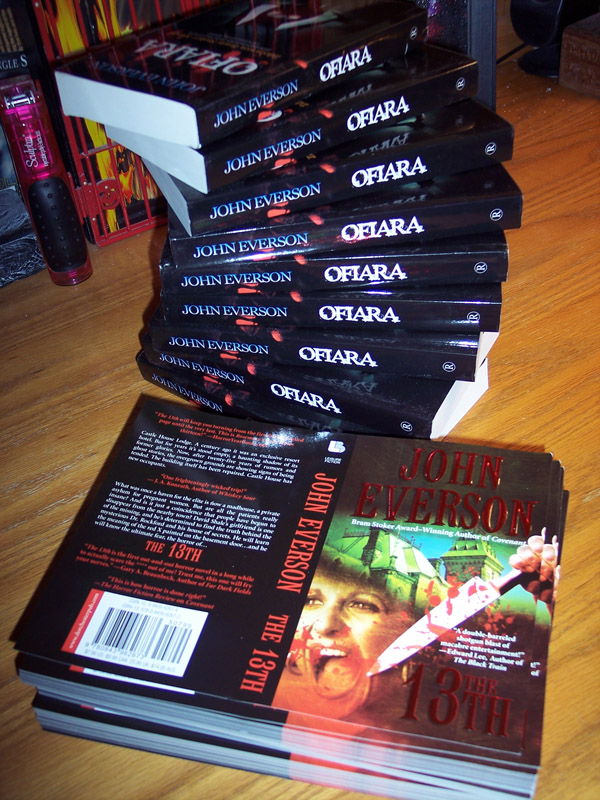 THIS WAS A reallllllly good mail day!

I’ve been waiting for weeks for my copies of the Polish edition of Sacrifice to hit my doorstep (known across the water as Ofiara). I have asked my wife dozens of times on the phone while at work: Hey, is there a box from Poland in the mail?

She always said No.

But today – she called me to say: Hey… the mailman just had me sign for a box from Poland.

I didn’t hop in the car at that moment and race home, but I wanted to! What she didn’t tell me, was that there was also a package from Leisure Books with my cover flats for The 13th. Opening the two packages when I did finally get home was like Christmas.

All I can say is… I write books.

Sometimes in languages I can’t even read.

Here are a couple other shots of the piles on my desk (click on the photos for larger versions). 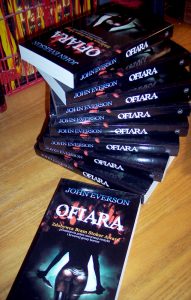 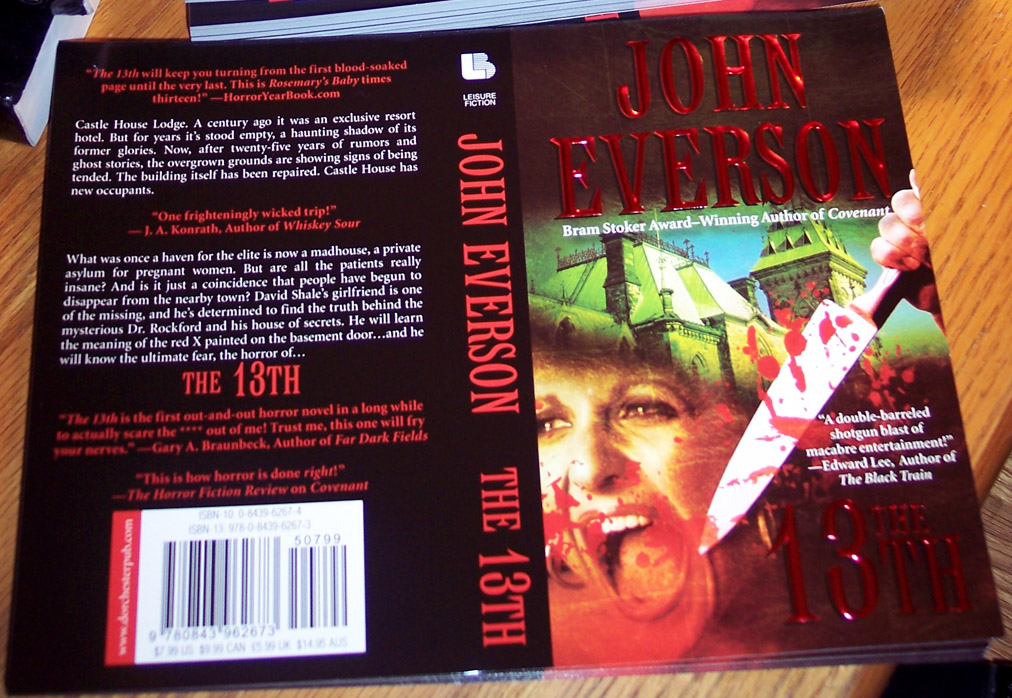