My first novel, Covenant, was originally released in a signed, hardcover edition limited to 250 copies by Delirium Books in 2004. During the Horror Writers Association (HWA) Bram Stoker Weekend June 24-25, 2005, the book won a Bram Stoker Award for a First Novel.

I truly didn’t expect to win the Stoker Award that year. It was an honor to be nominated, but I really thought Covenant was a dark horse. While  it received good initial reviews, it was released on the smallest press out of the four nominees, so I really didn’t have high hopes for taking home a haunted house.  I was completely shocked as I made my way to the podium to accept the award.

After the event, a number of newspapers in my hometown area, including the Chicago Tribune, The Star Newspapers and the Southtown Economist did articles about the award.Click the images below to read those articles.

Click here to read my blog about the night.

Here’s a video of me accepting the award  courtesy of Staci Layne Wilson:

I was also interviewed on the Haunts & Flaunts radio show on July 29, 2005, which you can listen to below:

Click on the newspaper article images below to read them! 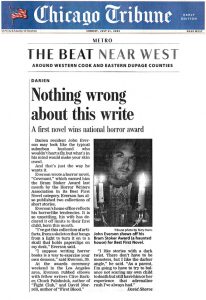 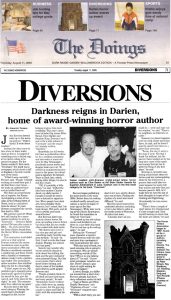 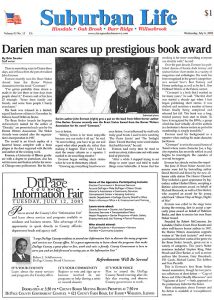 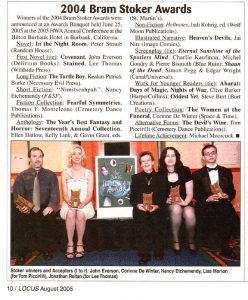 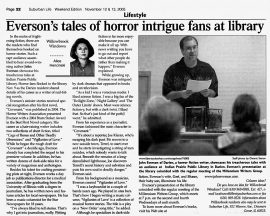