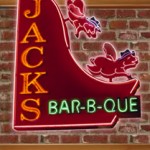 I’VE ALWAYS LOVED BARBECUE. Hell, I have my own secret sauce recipe. I’ve had great barbecue in Kansas City and Austin and Dallas, among other cities. But my favorite to date may be a little place in Nashville, TN called Jack’s Bar-B-Que.

Thank you, Hypericon, for having me down to Nashville so I could discover it!

Here’s how it all went down. (And FYI – you can click on any photos on this page for larger versions.)

On Thursday morning, June 4th, I climbed into HAUNTER, my Mustang, and hit the highways for the 8-hour drive to Nashville for Hypericon. Of course, I managed to turn the 8-hour drive into a marathon 12, since I stopped at a handful of bookstores around Indianapolis, as well as stores in Lafayette, IN and Bowling Green, KY. 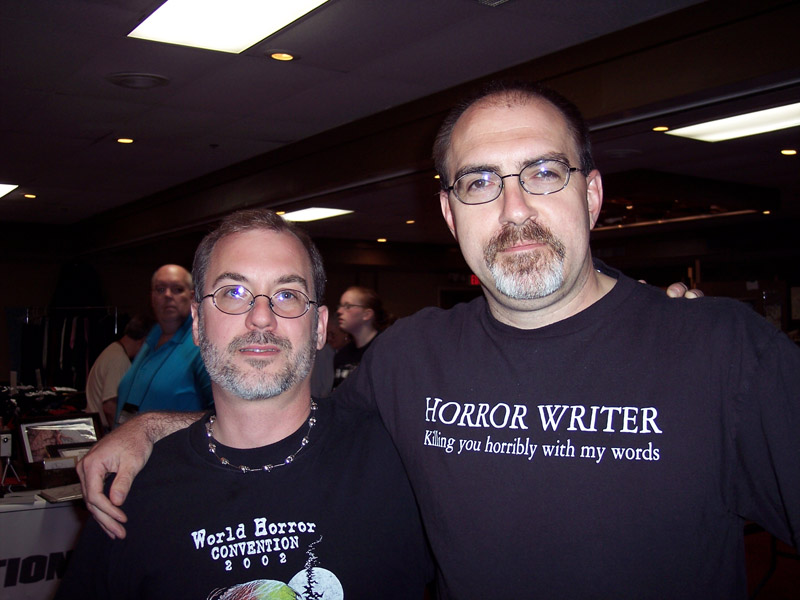 I was pretty wiped when I got to the hotel in Nashville, but after greeting Brian Keene, Jonathan Maberry, P.S. Gifford and con chair Fred Grimm (not to mention the amazing Deanna Crews, who was responsible for bringing me to the con), I headed back out to the downtown strip to hear some music at the honky tonk bars. A little private pick-me-up before I had to be “on” for the rest of the weekend. A couple hours later, when Brian complained via Twitter that the hotel bar had no bourbon, I Tweeted him back noting that he shoulda hung with me, since I had a Newcastle and a glass of Makers Mark Bourbon sitting in front of me at that moment.  This led to his post the next morning of:  Am awake. Am about to go bang on @JohnEverson‘s door. Apparently, he absconded with the good bourbon last night and didn’t tell me.

And so it began!

I arrived at the Dealer’s Room Friday morning to set up my books on the table Paul Gifford and I shared with a couple other authors, and met Kimberly Raiser, who gifted me with a mini bottle of Makers (someone was reading my blogs!) I also met the very cool Alicia Benson.

That was the start of an enjoyable, laidback, relaxed con! I sat on a couple panels, did a couple signings and did a reading of “The Eyes Have It” which I originally wrote for the World Horror Gross-Out competition in Toronto Canada a couple years ago.

On Friday night, Wrath James White, Paul, Alicia,  Kimberly and I all went out to the downtown strip, but this time for barbecue – Jack’s Bar-B-Que. The conversation was all over the map – from child-rearing to cannibalism (thanks to Wrath’s novel Succulent Prey) and was one of the most enjoyable dinners I’ve had at a con.

Hypericon also turned out to be the first con where I was photoed wearing a crown.  Huh?

Before attending my first panel on Saturday, HAUNTER and I hit the road in search of more Jack’s Bar-B-Que. Turned out, there was one just down the interstate from the hotel, easier to reach than the one downtown. It turned out to be miles better than the one we went to Friday night, with larger portions, more sauces and more side choices. The three meat combo with cole slaw and cornbread and hot bbq sauce — to die for!

I got back a minute late to my panel, which was already underway moderated by the hilarious Alethea Kontis, who promptly held up Sacrifice and introduced herself as John Everson when I joined the table. Then she handed me her tiara. I donned said tiara and for one brief moment was Alethea Kontis, Princess of Hypericon.

It’s not a look I can pull off though, so I gave up the crown. Thank god I’m secure in my manhood, since the very next weekend at the Bram Stoker Awards in Nashville, I ended up in a boa (as did everyone) at the pre-Stoker ’80s party! But that’s another blog.

After panelist identities were reestablished, we then spent much of a panel on villains talking about the Purple Pieman of Strawberry Shortcake. It was weird, but fun. And very energetic! 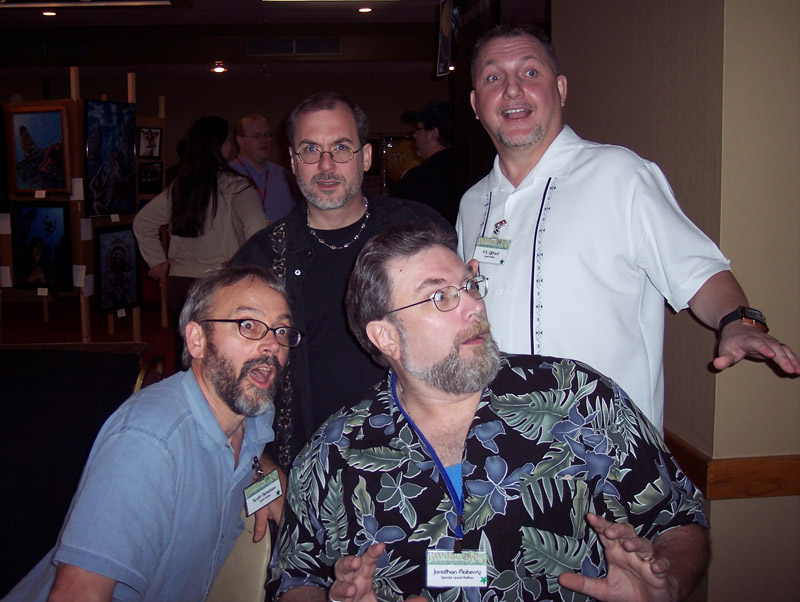 That night, pretty much the same group headed downtown again, this time with Alicia at the wheel instead of relying on a cab. We found some decent Mexican before heading back for the readings and a brief “I’ll pass” listen to the industrial/goth band playing upstairs by the con suite before heading to the late night parties (including Bryan Smith‘s room bash).

Somewhere along the way of Friday and Saturday, I had some great conversations with Jason Sizemore from Apex, Deena and Matt Warner, Maurice Broaddus, David Jack Bell, Brian Keene and Jonathan Maberry and, of course, Gifford. I also saw a showing of a short film based on a Keene story, and finally met and talked with Scott Nicholson (a very cool author!).

Somehow we all got up again Sunday morning, hung out in the dealer’s room a couple more hours and then packed it all up to hit the road. It always seems way too short on the day you pack the suitcase, but I extended my personal stay in Nashville a bit — I visited Jack’s Bar-B-Que one more time (even though I wasn’t that hungry!) and then stopped at a couple bookstores, including a cool B&N by the Opryland Mall before heading north for the eight-hour drive home.

It was a great weekend. Here’s some more evidence: 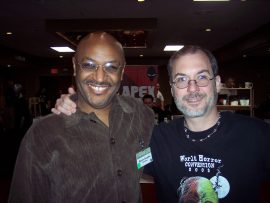 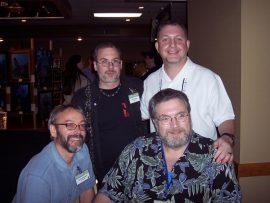 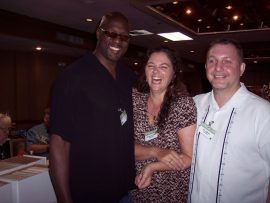 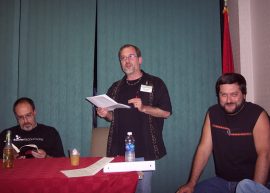 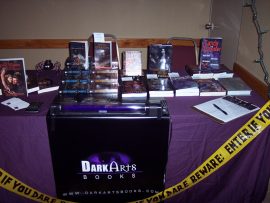 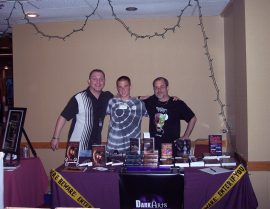 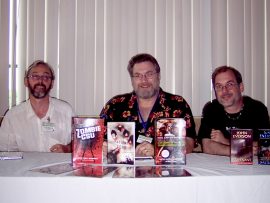 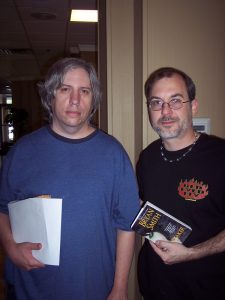 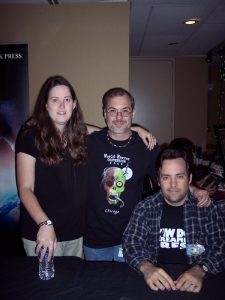