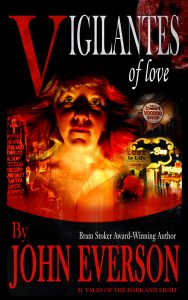 IT’S HARD TO BELIEVE, but it was 10 years ago that Twilight Tales Books in Chicago issued my 2nd collection of short fantasy and macabre stories, Vigilantes of Love. A decade ago!

Since Twilight Tales is no longer around, to celebrate the anniversary, I’ve gone back and retooled the cover, added a new introduction and six more short stories that didn’t end up in the original release and have never been collected in my other fiction collections – “Hair of the Dog,” “Tomatoes,” “Tunnel,” “The Key To Her Heart,” “Why Do You Stay With Him?” and my very first published story, “Learning to Build.”

I know a lot of my readers have copies of the original edition, but might want the new version for the extra content, so for a (very) limited time, you can get the new edition on Amazon, Barnes & Noble, Kobo and Apple iBooks for just $0.99! 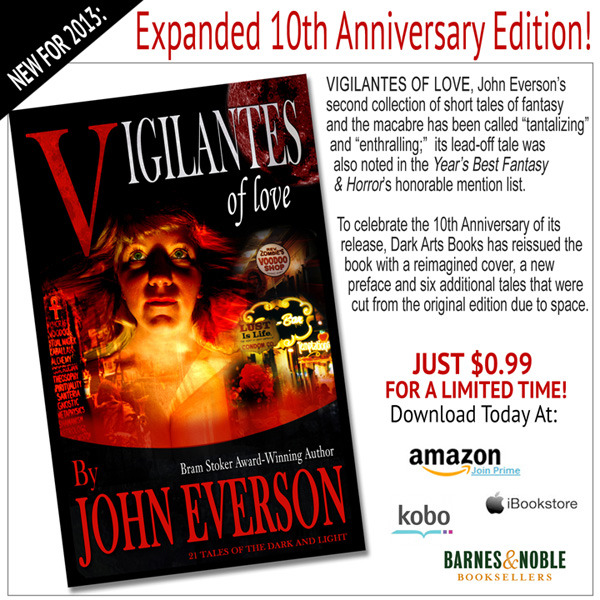