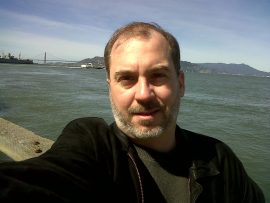 LAST WEEKEND, I FLEW out to San Francisco for  four days to run a seminar for my dayjob.

The last day of the trip happened to coincide with my birthday,  so I took the   opportunity to stay over in the city a few hours on Sunday and walk around a bit and just enjoy my favorite city. (This lollygagging unfortunately meant I got home at 1:30 a.m. early Monday morning, but… it was worth it!)

I got out to San Francisco on Thursday, and after spending a few hours setting up the conference logistics at the hotel, I went out for a walk through North Beach and China Town. I made the mistake of eating dinner at a place called The Pot Sticker (do NOT go there!) where the stickers were mushy and the chicken stringy.  But that mistake was alleviated an hour or so later by my discovery of Edinburgh Castle, a Scottish bar that I’ve never gotten to in all my previous trips there. I spent over three hours there writing, sipping Newcastle and enjoying the ambiance and the ’80s retro DJ. 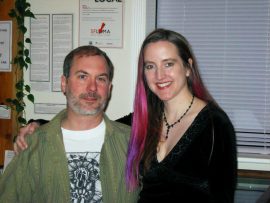 Friday was all business, though it was capped by an amazing dinner at a French Vietnamese restaurant near Union Square called Le Colonial. If you’re ever in San Francisco, look that one up, because you won’t stumble on it… the entrance is actually off the main street in an alley! Inside though, it was great food and great ambiance!

On Saturday night right after my conference ended, I got out to Borderlands Books, and did a book signing and reading for The 13th with my friend Alice Henderson, author of the novel Voracious (check it out if you haven’t!) After  talking a bit with Alan Beatts and Jude Feldman of Borderlands (and picking up a couple gifts for myself!), I had dinner with Alice and her friends at The Phoenix, an Irish bar across the street; it was nice to catch up again!

When I got back to the hotel, I found the manager had left me a bottle of wine, however, it was a bit late to drink it. I tried to take it on the plane the next day, only to find that you can’t carry on wine, so I gave it to the baggage claim guy. Guess he had a nice dinner drink. 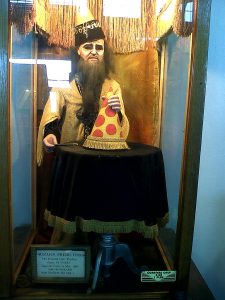 On Sunday, I wandered the Fisherman’s Wharf area, and visited Musee Mecanique, a museum of antique arcade games that one of Alice’s friends had told me about (I’d seen it last year when I was in town, but hadn’t gone inside). I spent an hour there, looking at the old player pianos and boardwalk fortune teller machines.

I pegged some tin squirrels with an old BB gun on one game, and looked at some 3D “risque” photos from the 20s through a Viewmaster type device. And I plugged in a quarter to an old “Execution” machine where a door opens to show a tiny man-doll with a rope around his neck, about to be hung. The floor drops out from under him, he drops down, and then the front door closes. That’s it? Hard to believe they used to pay for this 15-second glimpse of the macabre for entertainment! (Of course… they didn’t have many horror movies back then, did they?).

Since it was my birthday, I decided to let a machine tell my horoscope. To play, after you inserted a quarter, you chose your astrological sign, put your hands on the wood and then the mysterious entity within the wooden machine typed on an old manual typwewriter … you could watch the forecast come into being on the paper as the invisible hands typed. At the end, the paper drops into a bin for retrieval. Mine said: “Emotionally you are responsive, but your intellect rules you. You are most appreciated as a mate, when married to an intellectual person whose work you can share, and who is able to use your undoubted talents in their own behalf.”

I said, “Huh. Not bad. Now about that lottery number…”

After Musee Mechanique, I walked over to have lunch on the Pier 39 (and on the way I passed a guy tap dancing to old-school hip-hop! Weird!). I ended up at Fog Harbor Fish House and got a great booth with a view of the bay where I wrote a couple of chapters of The Pumpkin Man novel there while enjoying some chili paste and peppered prawns and crab cakes, along with plenty of Anchor Steam and Makers Mark. The next three hours passed all too fast before I had to head back to the hotel to catch my shuttle to the airport. But the day on the pier (which was hopping with acrobats and performers) was definitely worth it. It was a happy birthday for me!

Here are some of the photos I shot with my phone camera: 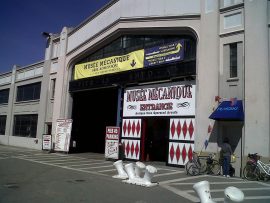 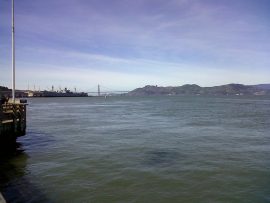 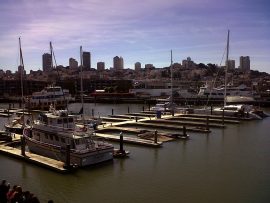 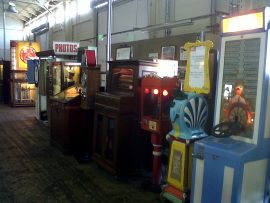 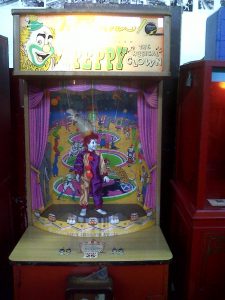 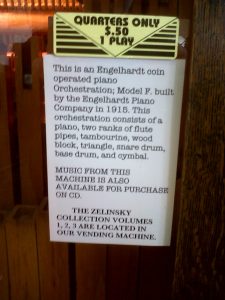 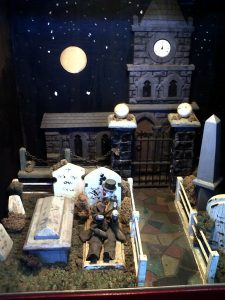 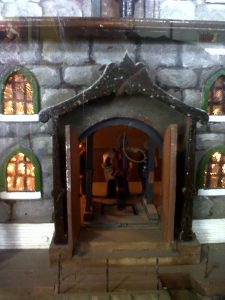 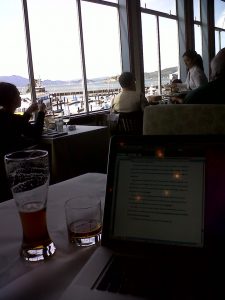