Home News Stephen King and me…

Stephen King and me…

WHAT DO Stephen King and John Everson have in common? 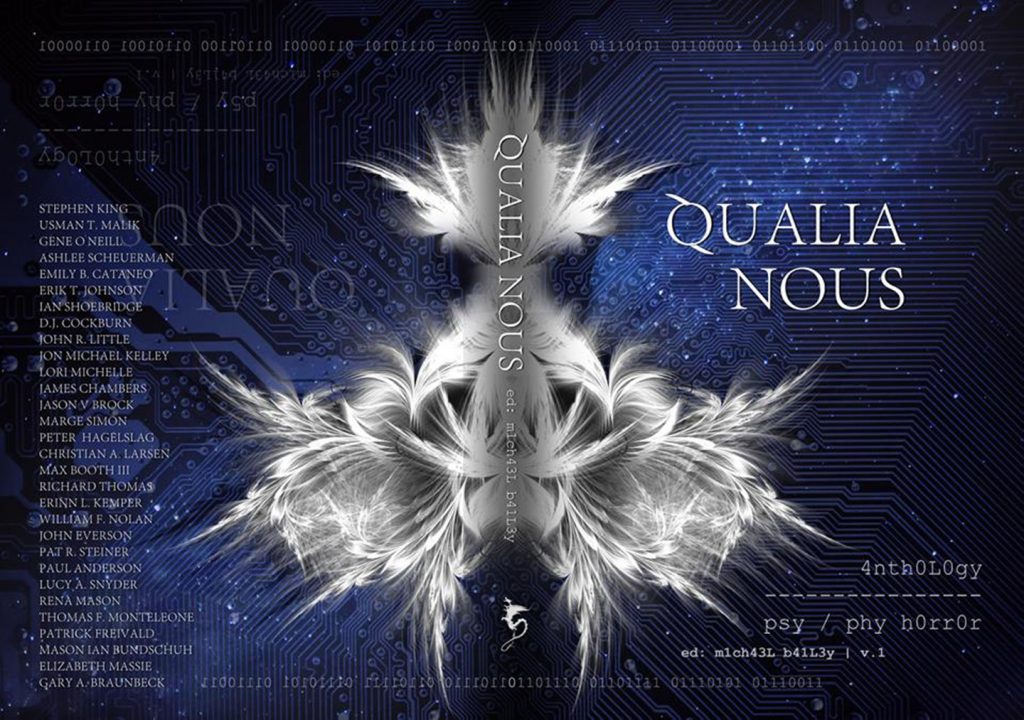 THIS WEEK MARKED a pretty big milestone for me. A new original story of mine called “Voyeur” (written early this spring) appears in a new anthology — Qualia Nous — which also includes stories by William F. Nolan (author of many Twilight Zone scripts as well as Logan’s Run) and … Stephen King!

I’ve published a lot of stories in lots of books and magazines over the past 20 years, but this is the first time I’ve ever shared pages with King. Needless to say, I was pretty excited when I learned that he had joined the project a few weeks ago.

Here’s the description on Amazon.com:
A literary blend of science fiction and horror, Qualia Nous contains short stories, novelettes, and poetry from established authors and newcomers from around the world. Featuring the imaginations of Stephen King, Gene O’Neill, William F. Nolan, John Everson, Lucy A. Snyder, Thomas F. Monteleone, Elizabeth Massie, Gary A. Braunbeck, and many others.