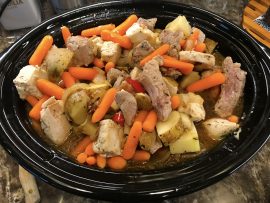 SOMETIMES, ON A WET or wintry Sunday, I walk into the kitchen after my morning coffee and say, “this feels like the perfect day for a stew.”

A good stew fills the house with rich savory scents that can warm up the most dismal day! A good stew is always somewhat unique, depending on what happens to be in the fridge and freezer at the time. But the keys are meat, potatoes, onions and carrots.

The last time I walked into the kitchen and said “feels like a day for stew”… I found a package of country pork ribs in the freezer that I never got around to grilling in the fall, and a package of chicken breasts. They formed the basis for an awesome stew. Here’s what I did with them: 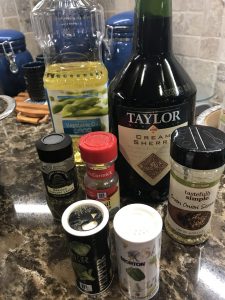 VARIANTS: You can add yellow and orange Bell Peppers, chunks of zucchini, mushrooms or other vegetables as your refrigerator allows! 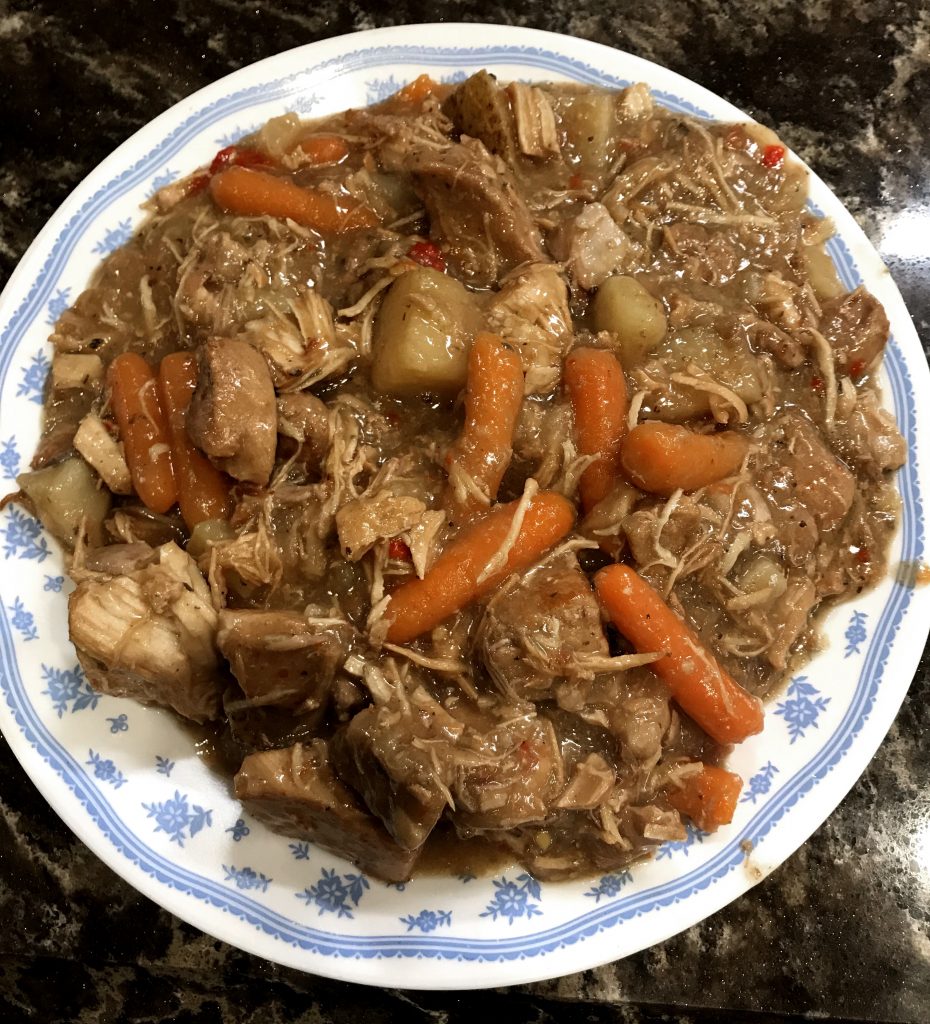