MY FOURTH NOVEL, Siren, is now available in mass market paperback as a featured August release from Leisure Books!

I’d say it’s “available in bookstores everywhere” as I have with my previous novel releases, however, as it’s turned out… that’s not quite the case. It is available through bookstores everywhere, however, you’ll have to look for this one a little harder than past releases to find it on shelf, and possibly might need to ask your local store to order in a copy for you (or just get it through Amazon.com).

What’s up, you ask? Well, about a week after the book was released, my publisher, Leisure Books, announced that its August releases will be its last books in its mass market format. The move was reported last weekend in the Wall Street Journal, among other publications. The rise of e-books and the shrinking space for actual books in bookstores as stores struggle to find other profitable products (like games and stuffed animals) to sell besides books (thus carving away space formerly given to paperbacks) has led Leisure to end its 35-year long paperback line in favor of e-books and, starting next year after they re-tool their schedule, higher priced Trade Paperback editions.

What does this mean for Siren?

Well… for one thing, I suppose it’s now a somewhat collectible book, since it is both the last Leisure paperback, and there are not tens of thousands of copies out there in the world. The good news is that it also means the book will have an extended life, however.  The mass market edition will be available this fall for as long as copies last, but Leisure will be reissuing the book in the new trade paperback format sometime next year.

I’m really proud of this novel — I think it’s quite a bit different than my past releases, and the initial reviews from readers have been great — there are some comments if you scroll down on the Rue Morgue Magazine message board that are especially positive about the book.

There’s also an interview with me that just went live today on author J.E. Taylor’s site about the novel which you can check out. (You should also check out her novel Survival Games, which I loved!) 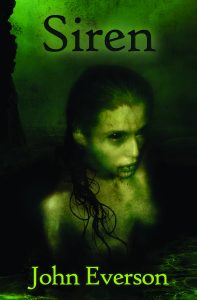 I’m hoping that you’ll give Siren a read, whether you pick up the mass market edition this month, the e-book when it’s out sometime in the next few weeks, the trade paperback edition sometime next year or the limited collector’s hardcover edition (pictured with the green cover at right), that should be issued from Bad Moon Books sometime next month.

If you want a copy of the limited hardcover edition, you can pre-order yours through The Horror Mall.

If you want a copy of the paperback version, grab it at your local Borders, order it at your Barnes & Noble, or get a copy through Amazon.com while they last!

I really want Siren to find its audience — the readers who will enjoy the book. And readers listen to other readers… hence… this contest. This one’s easy. Read a paperback copy of the book and then post a reader review on the SIREN page here at Amazon.com or on another review site like GoodReads.

Or post reviews on horror message boards like Rue Mortuary, or Shocklines, or HorrorDrive-in.com or Horror World’s The Cellar. Or some other good spot where readers might be intrigued.

I’ll enter you in the contest for every review you post — just send me the links. 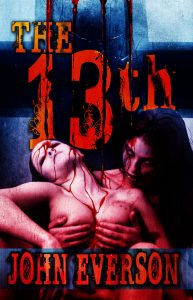 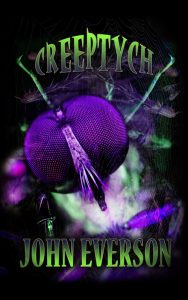 Just tell me when you enter what book you’d like to win. If we get enough entries, I’ll give away a copy of each of those books.

I want people to check out Siren. I hope you’ll help me encourage them to do that. I’ll try to reward you for your efforts!

To enter, just send me an email with a link to your Siren review(s) at john@johneverson.com.

As usual, I’m doing signings in bookstores all over the country to promote the release of Siren. If you’re near any of these stops,  I hope you’ll drop by one of them and say hi!

I’ve already done signings in the Chicago and northern Indiana area, and in the coming weeks, I’ll be signing in California, New Mexico, Indiana, Georgia, Kentucky and Wisconsin. Here’s the list of currently planned stops in August and September… more are being added every week. I hope to see you on the road in the bookstoresTo see where I’ll be this fall (I’m adding stops every day at the moment) just go to:
http://johneverson.com/appearances/