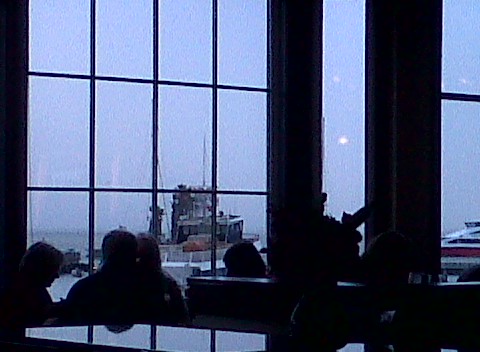 I DON’T KNOW WHAT IT IS about this city, but something here calls to me. I’ve spent more time here than almost anywhere besides my home in Chicago, some by choice, some for work. I’ve set two novels just north of here, and a short story that I wrote about the Tenderloin district was on the Honorable Mention list of the Year’s Best Fantasy & Horror a few years ago.

Tonight I walked through the Tenderloin on the way back to my hotel to pack and leave, and I gotta say, during the whole walk back (aside from the nervous glances at various hookers, drunks and vagrants) I was saying to myself… “But… I don’t want to leave.”

I love this place, with all its blemishes… I love the smell of the air even when it’s flavored by bum piss… and I love the chill of the uncertain fog. I love the bright glare of the sun on the downtown followed an hour later by the dark of the falling clouds.  I love the clash of cultures and the freedom of style.

I didn’t get to go see them this trip, but I love the too-often cool beaches and the endless stretch of the Golden Gate.  And the smell of Eucalyptus trees amid the scent of leftover pot near the Haight.

I love this place. But now it’s very late and in just over five hours, I’ll be off to the airport to go to another place I love (though not nearly so much… don’t be jealous San Franciso!)  Santa Fe. 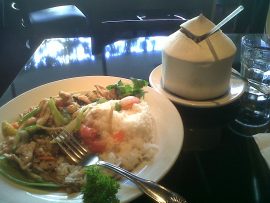 Tomorrow… it will begin a celebration of Southwest. Hot peppers flavor both… but tomorrow, the sun will actually be behind the heat.

I ended my brief stay today with a book signing for Siren  at the Borders on Market Street, and a nightcap at Edinburgh Castle on Geary after a “make it as hot as you can” Thai dinner down the block (they did. Wow.)

For now… it’s good night. But I wanted to capture these thoughts about San Francisco first.  Because I really hate to leave. I love this place.