I WAS BUMMED I couldn’t be there for the race (currently on a business trip), but I’m excited that Shaun continued his streak of winning “Creative” awards for his Pinewood Derby Car.

This is the 4th “video game” car I’ve helped him build for the annual Cub Scout Pinewood Derby (following Angry Birds, Minecraft and Dragonvale) and while we’ve never built the fastest cars… they hold their own. Tonight he placed 2nd, 2nd, 2nd! 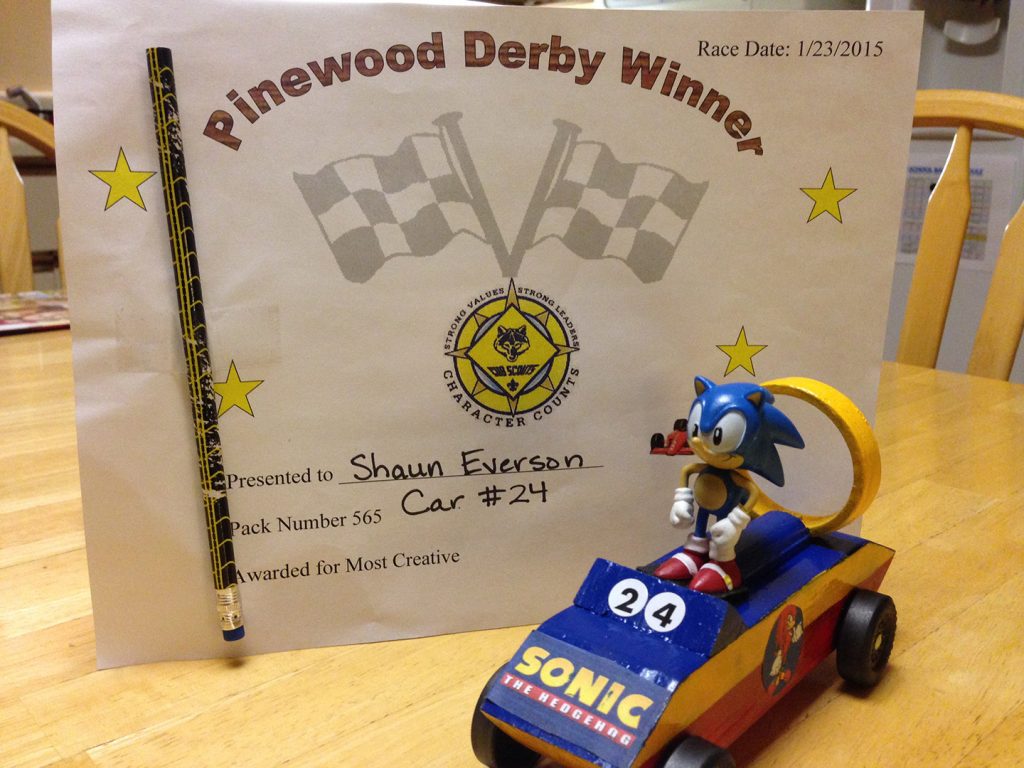