Home News THE FAMILY TREE sprouts up on “Best Of” lists!

THE FAMILY TREE sprouts up on “Best Of” lists!

I’M PRETTY EXCITED that the Horror Novel Reviews web site picked my 8th novel, The Family Tree, as one of their Top 10 Horror Novels of 2014! The list includes books by Stephen King, Joe R. Landsdale and Eric Red. You can see the full list and book descriptions here:
http://horrornovelreviews.com/2014/12/25/the-top-10-horror-novels-of-2014/

As if that wasn’t enough, a week or so later, HNR also created a list of the Top 13 Horror Novels Released By Samhain Publishing over the past four years… and THE FAMILY TREE made that list as well!  You can see that list here:
http://horrornovelreviews.com/2015/01/13/the-top-13-samhain-horror-novels/

THE FAMILY TREE also has garnered some pretty good reviews on Amazon since it’s release in October. Reviews call it a “fast enjoyable read” and “truly exceptional horror.”  Of course, there are also a couple slams but overall, the has a 4.1 star average.   You can read the good, the bad and the ugly on Amazon.com. 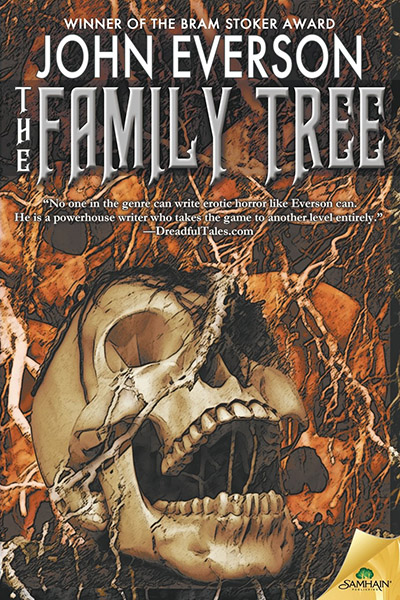