Home The Horror Life From Nashville to El Paso…

From Nashville to El Paso… 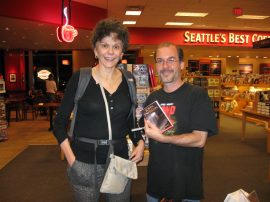 TALK ABOUT A busy week! Last Thursday I signed in Nashville, then spent the weekend at Dragon*Con in Atlanta, and then on Tuesday I toured the Makers Mark distillery in Kentucky on the way home.

This Thursday night, I sat in on the Radio Free El Paso show (AM 1650) with Ken Hudnall. The show is also simulcast on the web at www.khro1650.com. We talked about Dragon*Con, Covenant, Star Trek, The Night Stalker and a bunch of other stuff. It was great fun and I’m looking forward to being back on the show soon. 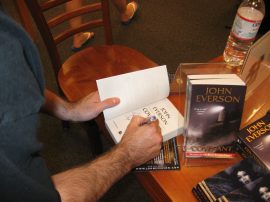 Finally, capping off my 8-day week, last night, I had a booksigning at the Borders in Southlake Mall in Merrillville, IN. I met all sorts of cool people there (including a policeman who told me about seeing a real life gross-out where a guy’s eyes had literally popped out of his head).

And the family of an old high school friend turned up, after reading an article about the signing in The Times newspaper.

It was great seeing them again for the first time in a couple years. Jeanne, the store manager, was wonderful to work with, and set me up at a big table with stacks of my books, while periodically making in-store announcements directing people to stop by my table. 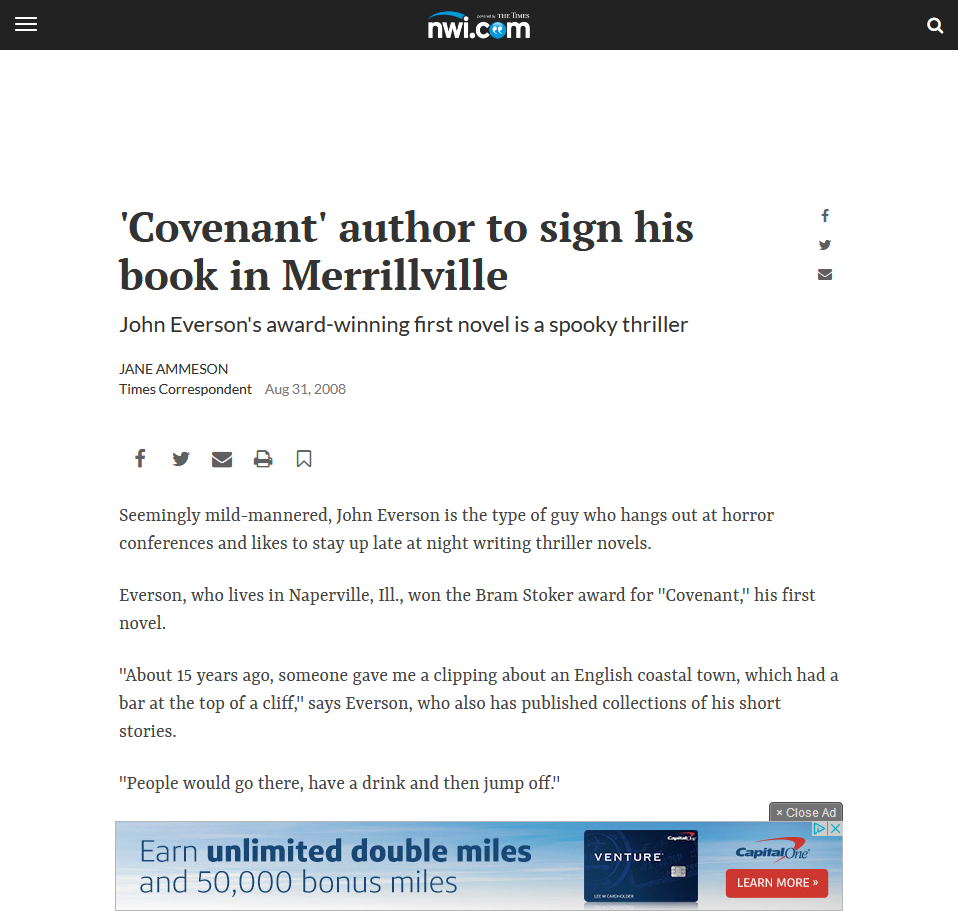 I sold around 20 copies of Covenant and signed a bunch of people up for my e-mail list… so I’m looking forward to hearing from some of them when they read the book!

On the “media” front, the new issue of Rue Morgue magazine has a nice plug about the book in its short reviews section, which I found at the Borders last night. The review said: COVENANT – now available as a mass-market paperback – won Everson a Bram Stoker Award back in 2004, and after reading it you’ll agree that this tight, gripping story was definitely worth the distinction.

Today it’s off to a wedding, and then I actually have a chance to breathe for a couple days before my signings next weekend, including my official “Launch Party” for Covenant at Frugal Muse Books in Darien on Saturday.