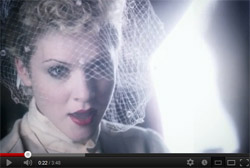 It’s all about the anticipation, isn’t it?

I was inspired to blog about music today because one of the questions I get a lot in interviews is, Do you listen to music while you’re writing?

My answer is, I listen to music while doing everything! I can’t imagine not listening to music. Back in college I used to study to everything from Shadowfax and Spyro Gyra to Madonna,  The dB’s and New Order. I always have music playing when I read (my wife can’t fathom this, she needs silence to read). For a couple years way back in the day, I was a college radio station DJ, and for years afterwards, I made people mix tapes and CDs. Last weekend at a barbecue, I was doing spur-of-conversation DJing via my iPod that ranged from playing Judas Priest to Shaun Cassidy‘s end-of-career cover of the classic “Once Bitten, Twice Shy” (produced by Todd Rundgren – you can’t make this sh*t up – check it out!)

I can make you a music list for just about anything:

You’ll note as we go through this stream-of-consciousness playlist that most of my suggested artists feature female vocalists. I’ve always been drawn to the female voice; they can be sensual, operatic, raunchy and racy… sometimes all in the same song!

I’ve been obsessed with music since I was a kid. Give me a stack of CDs and I’d be happy as a clam listening to those and not speaking to another human being for days on end.

To me, life’s not worth living without a soundtrack. I’m probably at my happiest state when I’m just kicked back, feet up, drink in hand, listening to one of my favorite bands (either from CD or live). I wrote a weekly pop music review column for a Chicago newspaper for 20 years (you can see the archives at www.popstops.net) and I reviewed everything from bubblegum pop (I own all of Britney’s albums) to hard rock (Chicago’s own Trouble is one of the best and most underrated metal acts of all time!)

I’ve played the keyboards since I was five, and written a lot of music (mostly pop rock type stuff). But I always preferred writing songs to performing them, so I didn’t go far down the “play in a band” trail. I actually spent a long time saving and piece-by-piece building a digital 16-track home studio in my basement, but by the time it was complete, both my dayjob and my novel writing career had gotten more intense, and so I’ve barely written and recorded anything since it was finally completed (and now all the equipment is obsolete!)

But while I’m not writing much music these days, I still never have stopped listening. And last night, I answered an interview question asking if I listened to particular music while I write. I smiled at that. 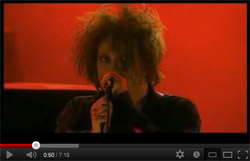 I do. Of course I do! But for each book, it’s been a little different. For my Samhain novel NightWhere, during a couple of writing sessions for the intense scenes, I played some Marilyn Manson and Rob Zombie. But mostly I gravitate towards the more ethereal stuff when writing. I wrote a lot of NightWhere in my basement, with the lights turned down to almost nil, and the big screen TV playing The Cure‘s trilogy music concert video where they performed the albums Pornography, Disintegration and Bloodflowers in order. Those make up The Cure’s most “depressing” and “jammy” albums, and were the perfect soundtrack for writing about a dark, mysterious sex club.

For my last novel, The Pumpkin Man, I focused my soundtrack at home to La Floa Maldita, a German techno duo who made some really evocative, darkly danceable music in the ’90s. It set the right “moodiness” for a book about ouija boards and a guy who carves off people’s heads, leaving a carved jack-o-lantern in their place. 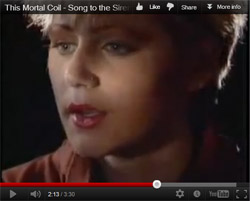 And for Siren — which is a novel that really has music at its core — I listened almost exclusively to the Cocteau Twins. Their lead singer, Elizabeth Fraser, sings in the most mysterious, ethereal tones of any vocalist ever… She was who I wanted in my subconscious as I wrote the scenes about Ligeia, a Siren who has awakened in the modern age, and decides to “take” rather than “eat” a man… If you have never heard Fraser sing the Buckley song “Song to the Siren,” please stop reading now, visit my “Songs of the Siren” music page, close your eyes, and come back in three and a half minutes.

It will be three of the best minutes of your life.

Stephanie Meyer has always listed the “soundtrack” to her albums (which promo departments took note of; they even staged a sales rack of CDs in Best Buy that were billed as the Soundtrack to Twilight a couple years back). I have to agree with her that Muse is a fine choice to write to. Like Meyer (though not nearly as famously),  I’ve always listed the bands that helped my writing inspiration in each book’s Acknowledgments. 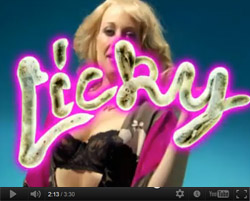 I personally like the dancy teases of Ke$ha and  Princess Superstar, whose songs “Licky” and “Oh, My Lollipop” somehow sound obscene, yet… word for word, really aren’t. As with in-the-flesh sensuality, it’s all about presentation…

If you want something a little more overt, listen to Bow Wow Wow‘s goofy orgasmic chorus to “Sexy Eiffel Tower.” There’s a musical version of what Meg Ryan did years later in When Harry Met Sally that will absolutely make you smile.

Want to continue with overt? There’s LaRissa‘s  “I Do Both Jay and Jane”   or Pussycat Dolls‘ “Don’t Cha.”

Here are a couple more, mmm, seductive tracks that every couple should play just as they relax together on the couch:

The Herbalizer: “The Sensual Woman”. It’s got groove, its got a narrator, it’s got massage…er… message!

Lovage: “Strangers on a Train”.  Very sexy vocals by the lead singer of the always sensual Elysian Fields.

Want something evocative that’s not particularly sexual to set the mood? My recommendations would follow the same list of artists I often write to. They are ethereal, dreamy, but not sleepy. Check out anything by Delerium, Conjure One, Balligomingo, Fauxliage, Cat Power, Grace Pool…

Post your comments here and DJ back at me. I want to hear what makes your ears sing. I’ve shown you mine, now you show me yours!