Kickstart my heart… it’s finally time for some REDEMPTION!

I HAVE BEEN WAITING a really long time to be able to say this: In about six weeks, my new novel, Redemption, will finally be published. And I’m going to be spending the next month getting ready!

Last night, I launched a Kickstarter Campaign that will run throughout the month of December to support the launch of Redemption, and, hopefully get signed copies of it into the hands of anyone reading this.

Redemption is my 9th novel, and the long-awaited sequel to my first two novels, Covenant and Sacrifice, so I’m really excited to finally be able to say the book is done and to be able to show off this cover (click the picture to see a larger version).  It’s been nine years since the original edition of Sacrifice was published, and I’ve wanted to write this book that whole time!

Redemption picks up immediately after the events of Sacrifice, and features returning characters Joe Kieran, Alex, Ariana and, of course, the demon Malachai. Here’s the back cover description:

Alex hadn’t really considered what would happen after she dragged Ariana through the portal in a desperate bid to close the gate between worlds. She hadn’t given sacrificing herself a thought; she’d just wanted to end the demonic summoning before it was too late.

If you’ve enjoyed my work, I hope you’ll support this Kickstarter.  I have opted to release this book outside of my normal publishers, so this is new territory for me! But… 47North, the publisher who publishes Covenant and Sacrifice, is currently not interested in buying more horror.

Rather than shopping this book around to other publishers, I decided that if it is not going to appear on the same publisher as the other two in the series, I will release it on my own Dark Arts Books.  It’s a book that I wrote for fans of those first two books as much as for me — to finally finish the story I’ve wanted to tell. So I’m going to manage its release.  While I’ve released a bunch of titles on Dark Arts Books over the past decade, this will be the first original title of my own work that I’ve put out. So… fingers crossed!

For the Kickstarter effort I’ve put together a number of good pledge packages. You can support the book and get your name in the acknowledgments, or you can get a signed copy of the trade paperback… or get signed copies of all three books — Covenant, Sacrifice and Redemption. 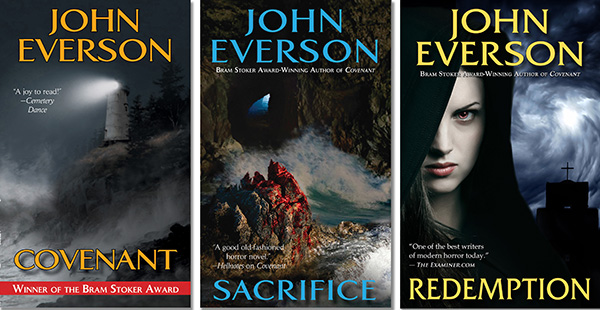 This is the best way, I think, for me to get signed copies of these novels out to fans of my work.

There’s a video about the Kickstarter effort, and all of the pledge packages listed here:

Thanks for your support… and I hope you’ll enjoy the new novel! I can’t wait to hold a copy in my own hands. I have wanted to write this book since Sacrifice first appeared in 2007. So it’s been far too long in coming. I can’t believe it’s finally here. 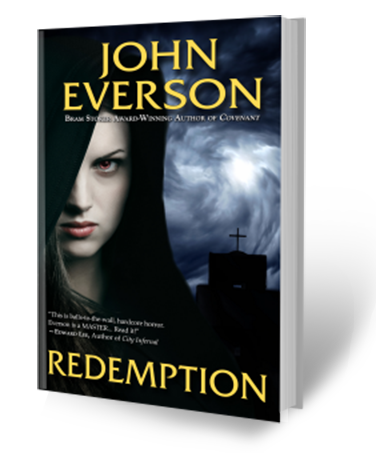