Independence: the state of not being controlled by others. Freedom from the influence, support, aid of others. 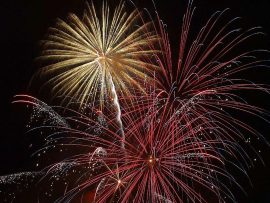 HUMAN LIFE IS A constant struggle to attain the freedom that you want to do what you want… while at the same time, attaining the right amount of dependence on others — spouse, workmates, friends — so that you’re not starving and alone. No matter how beautiful the landscape may be, it’s really no good to be wandering lost and hungry in the Rocky Mountains with no money, food, or friends.  That’s the kind of independence that leads, not to self-satisfied fulfillment, but to the grave.

Leading a band of friends with good provisions and a plan into the mountains, however, can be a rewarding experience. One that feels somewhat “independent” if you’re the one leading the hike. But really, you’re walking the line between independence and dependence — you may be leaving civilization behind to fend for yourself… but you’re relying on the skills and brotherhood of the group to survive in the wilderness.

Striking off on your own, using only your skills to survive — completely alone — is true independence.  It can be rewarding… but just ask that babysitter who hears a disquieting noise in the basement just before the lights in the house all go out. You know the one — the babysitter who then picks up the flashlight and slowly descends the steps with long painful creaks into the basement to hunt for the fusebox…

We all know that her brave solo descent is most likely just going to get her killed, and the lights will remain off. Sometimes brave independence isn’t all it’s cracked up to be!

Yes, sure, the babysitter could have wielded the shotgun herself… but that would have made it damn hard to hold the flashlight! Frequently in fiction, that is the lesson that characters learn. That you can’t do it all on your own — you have to learn to trust others… sometimes others who previously were your enemy… in order to have a better chance to survive.  Independence be damned when survival is the game at hand.

July 4th is Independence Day in the United States. The celebration of our separation from England. But we’ve learned over the past couple hundred years that you can’t ever completely separate and operate alone, in a silo. You can only be as successful as your alliances are strong.

So I propose a different celebration. Still filled with nationalistic pride, and yet, realizing that “no man is an island.”

We are only as strong as our friends and relationships make us. We learn this in fiction all the time. So we should all be striving in life to make those connections stronger.

But together, the rest of us can live to fight them off another day…

Note: This blog was originally written for the Samhain Publishing site.