Home The Horror Life Goodbye to the clown prince of our flock. R.I.P. Boomer.

Goodbye to the clown prince of our flock. R.I.P. Boomer. 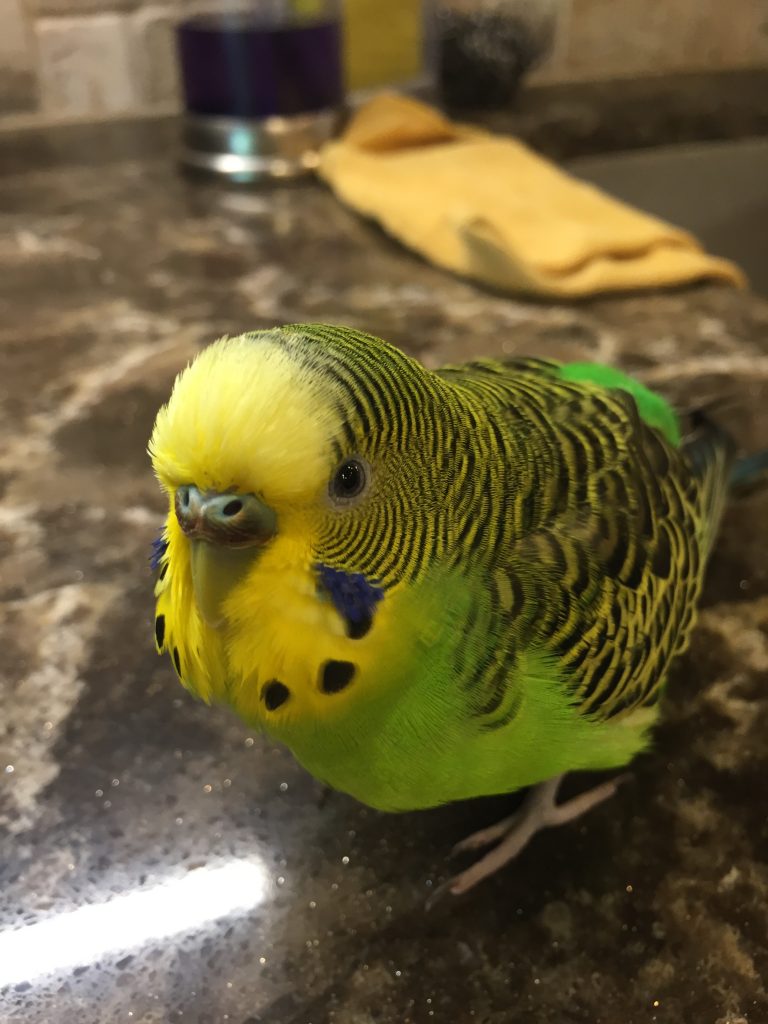 SEVEN YEARS AGO, we brought him home from the pet store in a small box with holes for air in it. My son Shaun had fallen for him and so our house was soon filled with the happy warbles of a parakeet for the first time in many years. My first bird, Beebs (short for Zaphod Beeblebrox), was a blue parakeet that I got while I was in college. He lived in a handful of places with me for his eight years, and died in my hands from a large tumor on his chest. Boomer brought back lots of memories of my first bird, with his constant energy and personality.

Today, Boomer died in my wife’s hands, from a similar ailment as my first bird. And tonight, I found him a much nicer box to go out in than what he came to us in.

I’ll miss this little guy so much, though he was never “my” bird. I take care of the two cockatiels and the cockatoo we have.  Boomer was always my wife’s and son’s bird. They spent lots of time with him, while I was at work or sitting in my office with the rest of our “flock.” Boomer could never come into my home office with the rest because he was too rambunctious and would quickly have all the other birds riled up and flying around the room. So I became something of his rival — the guy who shut him out. The guy who kept him from his favorite, Stormy, our youngest cockatiel. Boomer was obsessed with Stormy, and spent hours every day sitting on top of her cage talking to her. 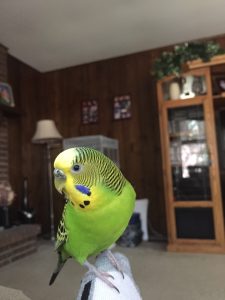 Sometimes, to get Stormy from her cage in the family room and into my office to sit with me and the other birds, I’d have to pick her up and literally run through the kitchen with her cupped in my hands while the parakeet chased me across the room trying to get to her.

Sometimes he bit me because I wouldn’t let him hang out with her. But mostly, he just chirped and warbled and made everyone who met him smile. He ran up arms and sat on shoulders and sometimes, landed on heads.

During his last month, I had to be the bad guy, and give him his medicines twice a day, which he hated. But he didn’t struggle too much when I did it; it was almost like he knew I was just trying to help him.

But the medicines the vet gave us to try to thwart his tumor didn’t have any impact in slowing the tumor’s growth. I first noticed it about a month ago. Three weeks later, it was so large it was making it almost impossible for him to fly. And this afternoon, it stole his last breath away.

I’ll miss his beady eyes and animated ways. But I’m glad he blessed our lives for the years that he did. I hope he enjoyed us as much as we did him.

Rest in peace, Boomer. Fly high and free at last. 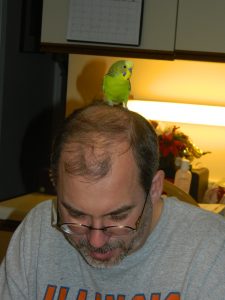 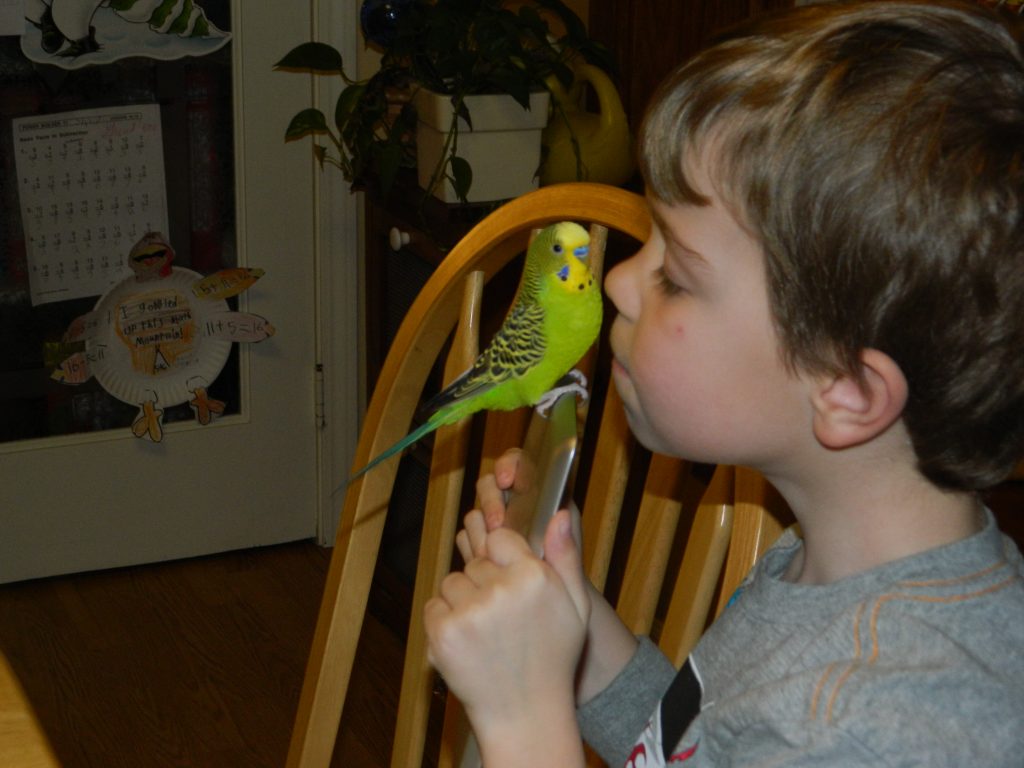