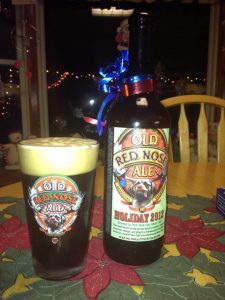 2012 WAS A STRANGE YEAR of dichotomy for me. I can point to parts and say it was one of the best years of my life. Conversely, I can also point to moments that made it one of the worst. It was a year of transition in many aspects … but then, isn’t every year? It’s all just a journey, right? With good and bad detours along the way. The trick is always to enjoy the good and forget the bad.

So as I look back at my own trail through 2012, I will only talk about the highlights… why focus on the lowlights?

These are the things I want to remember in years to come:

On the writing front, 2012 was the year that my journey with Dorchester / Leisure Books was finally over. I’ll miss the people I worked with there over the past five years; they were good people caught in a horrible situation — working for a business that was crashing in slow motion, like a flaming zeppelin. In the end, after circling the drain of bankruptcy since mid-2010, Dorchester finally sold off their entire catalogue to Amazon.com’s publishing division. So, at the end of August, I officially became a 47North author (Amazon’s SF/F/H imprint). Covenant, Sacrifice, The 13th, Siren and The Pumpkin Man are all published now by 47North, and should have paperback editions available again next year.

This summer was also when NightWhere, my first post-Leisure novel came out — on Samhain Publishing, overseen by Don D’Auria, who was also my editor at Leisure. Sometimes the path winds to new places, but still feels familiar.

This summer was also when V-Wars, a collaborative shared world anthology, came out on IDW, with a limited edition through Cemetery Dance. Jonathan Maberry masterminded the project, and I wrote a 20,000 word novelette for it last year, so I was very excited to walk into Barnes & Nobles and see it on the “New in SF” shelf. And recently an audiobook edition also hit — with some big name narrators behind the stories, including Wil Wheaton.

Over the course of the spring-fall, I spent a lot of my free time writing my next novel for Samhain, Violet Eyes. And before I even finished the final draft, the publisher had created a pretty cool cover for the book. It won’t be out til Halloween, but I’m looking forward to it. 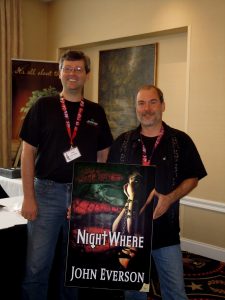 I was an author guest at a handful of conventions this year, including DucKon, the Chicago Horror Film Fest, Chicago’s Printers Row Lit Fest and Horrorfind in Gettysburg.

I also gave a guest lecture on writing at Columbia College in Chicago (thanks to Mort Castle!). Considering I always kind of wanted to be a college professor, it was pretty cool to be invited to speak to a college class.

While I was bummed that my beloved Naperville Ribfest didn’t have any acts worth seeing this year, we did take Shaun to see The Smithereens at the outdoor Naper Days (he called them his favorite band after that) and we also took him to see Sarah McLachlan at Ravinia. 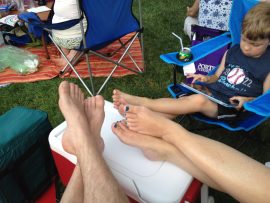 And in October, Geri and I relived our youth at The Vic Theater with Psychedelic Furs. But I’m not totally retro – a week after the Furs, I finally got to see Brandi Carlile, who put on a phenomenal show at The Chicago Theatre. 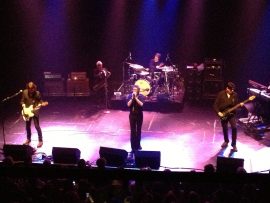 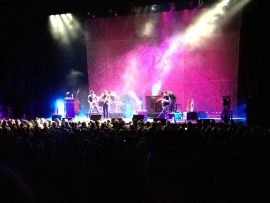 This was a year of transition in travel for me. I used to run around a lot to promote and do book signings for my Leisure novels. This year, I travelled more than ever before, but almost all of it was for my dayjob. 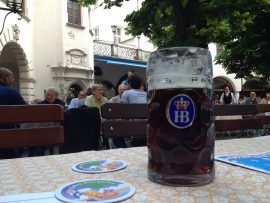 That culminated in May/June when I actually went out of the country three times within a month — to Vancouver, Toronto and, the capper, Munich. It was my first time in Europe, and now I can’t wait to go back.

I posted a long blog and lots of pictures about that here.

In the end, the year’s itinerary took me to: 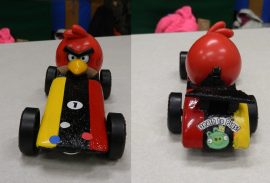 It’s no wonder the year slipped by in a rush. Somehow, amid all the dashing about, I still wrote another novel, and did spend time with the family. 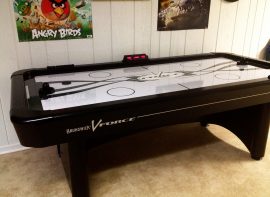 With some of my long-overdue Leisure royalties (paid by Amazon when they bought the catalogue this fall), I bought an air hockey table this Christmas for the family, so I’m looking forward to some good at-home tournaments in the coming weeks.

I have a new book coming in 2013, and a film option being considered for Siren. Some books will be translated, and I suppose I’ll have to get started on writing something new.

It should be a pretty exciting year.

But I’ll never forget 2012…the year that brought me here. What will lucky ’13 bring?

I’ll be summing it up, I suppose, right about his time next year. Let the journey continue!

PS. I sampled a lot of microbrews as I travelled the world this year… and took pictures when I did. Here’s a quick gallery: 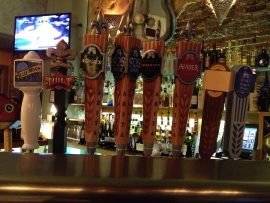 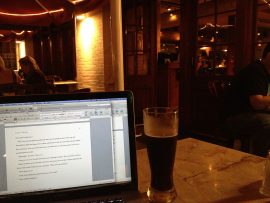 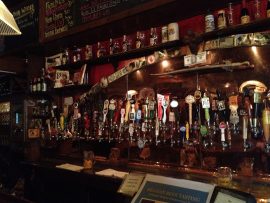 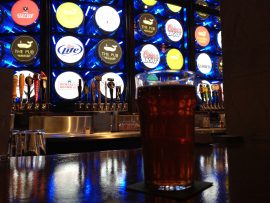 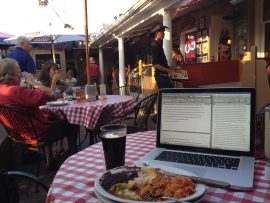 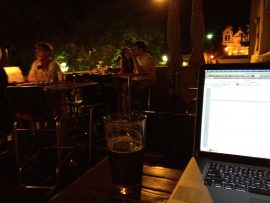 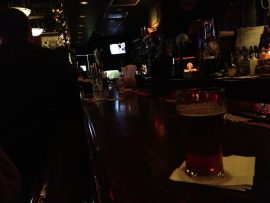 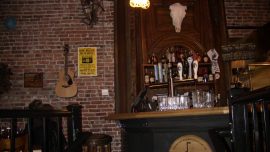 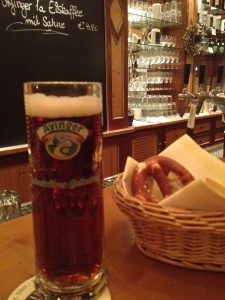 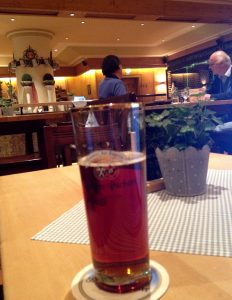 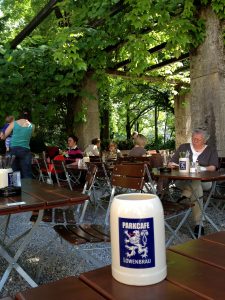 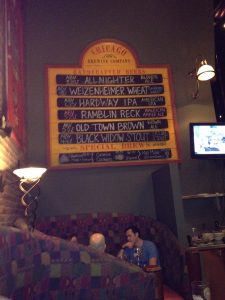