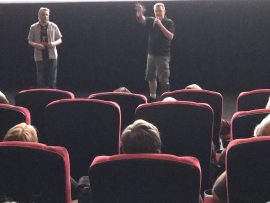 FLASHBACK WEEKEND is one of my favorite events of the year, but this year’s edition for me can be summed up in five words:  Suspiria and Better Off Dead!

These are two of my favorite films, and this year, Synapse Films gave a preview of their 4K restoration of Suspiria next door to the hotel at the former Muvico theater.

And it was gorgeous! Don May gave a brief talk about the trials of restoring the film and then it was eyecandy time!

That was Friday night of the fest, where I had my booth next to Synapse Films, as I have for the past few years. 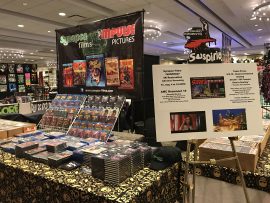 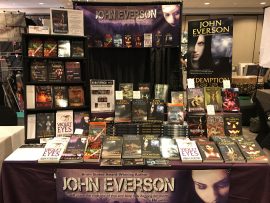 Saturday was a fun, busy day meeting old friends and making new ones. Over the course of the day I saw so many good friends, from Joseph Plochl, Mike Sickler and Lynn Frost to Jenn Summers, Michael West and Chad Savage! 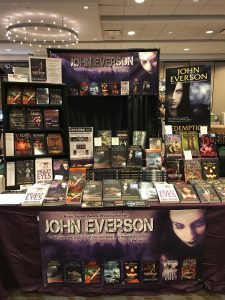 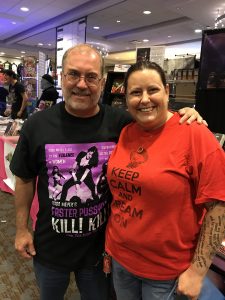 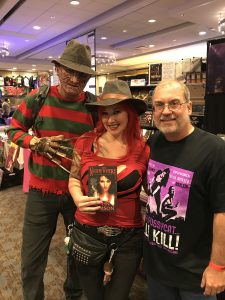 And then… it was off to dinner with some of the coolest cats ever – Jerry and Noa Chandler and Don May and the whole gang from Synapse Films! This time around, we painted it red (as in BBQ) at Bub City: 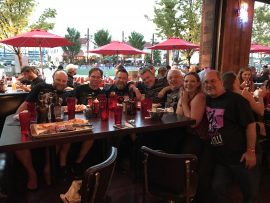 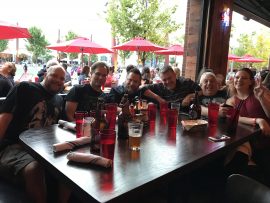 Later that night, Ron Fitzgerald put on his “dark magic” show in the parking lot of the hotel (not, perhaps, the best accommodation), in front of the Zombie Army bus. 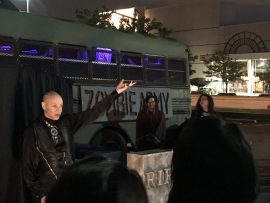 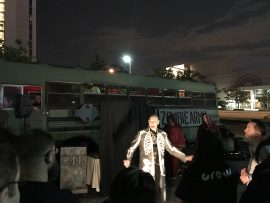 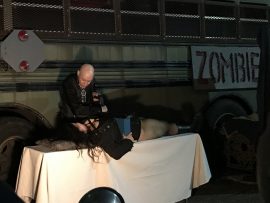 Sunday was all about Better Off Dead! It’s one of Geri and my favorite movies and we’d just shown it to Shaun a couple weeks before.  Shaun came down to hang with me at the booth for the day and we met Curtis Armstrong, who played John Cusack’s sidekick in the film. We also Amanda Wyss – who was “Beth” in Better Off Dead (and more to the point for this convention, Tina from Nightmare on Elm Street). She was so awesome to Shaun too – took time to come out from behind her table and just talk to him! 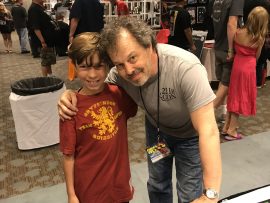 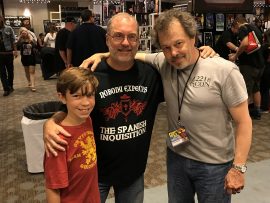 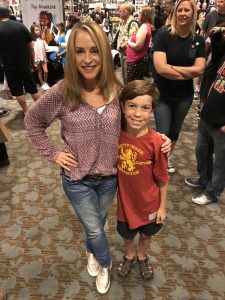 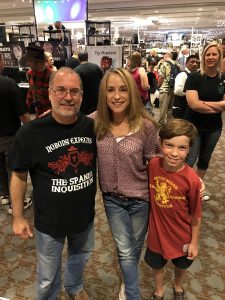 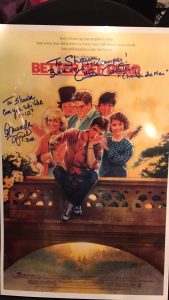 And then… just like that…Flashback 2017 was a wrap! I think this may have been one of the best shows I’ve had there! Shaun and I packed the car and enjoyed our traditional post-Flashback dinner dinner (starting with a warm mega Pretzel) at one of our favorite places near the convention – the Hofbrauhaus! 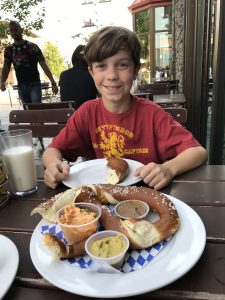