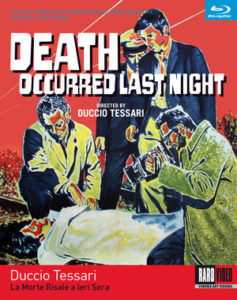 “MY DAUGHTER IS A CHILD at whatever age.” That simple, and yet slightly deceptive sentence sums the pain at the core of Death Occurred Last Night (La morte risale a ieri sera) a 1970 Italian murder mystery/giallo directed by Duccio Tessari (also known for The Bloodstained Butterfly). The film has been restored and released on Blu-Ray with one video interview extra by Raro Video. At the outset of the film, we meet Amanzio (played by Italian star Raf Vallone), a distressed father who brings a complaint to a police inspector about the lack of action in finding his missing “child,” a 25-year-old woman named Donatella (played by Gillian Bray). The inspector is surprised that Amanzio would call his daughter a child. The sad twist in this case is that Donatella has the mind of a three-year-old, despite the appearance of a beautiful, sexy woman who attracts men like flies. 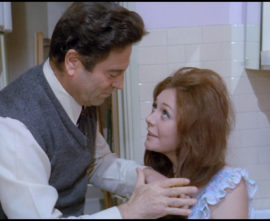 Amanzio has kept Donatella locked up in an apartment to try to protect and take care of her. Initial flashback scenes show him helping her brush her teeth and put on her clothes. But when she disappears while he is at work, there are no clues. The jaded inspector tells the distraught Amanzio that every year thousands of girls are stolen from their homes. They vanish without a trace, sold into an underground network of brothels. Nevertheless, the inspector, Duca Lamberti (played by Frank Wolff) decides to take the case as his own. The first half of the film plays out as a Poliziotteschi, a police-driven investigative crime film. Wolff hits the streets (and brothels) to look for clues. But as he chases down plenty of leads that point to Donatella being taken into the Italian sex underground — he never gets close enough to find her.

Until her body is discovered.

From Mystery to Murder 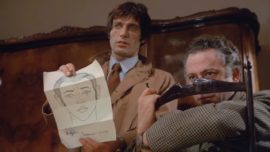 With the sad discovery of the body,  the film effectively moves in to Act Two. In the first half, we’re hoping Lamberti will find the girl. In the second, we want him to find the girl’s killer.

His search leads him to prostitutes and wealthy perverts as he works with a partner and an informant to try to infiltrate the underground to find a lead. And while presented as a moral man, he’s not above resorting to threats and blackmail to get the information he needs to solve the case. Lamberti is a great character — an older, jaded detective who has seen it all. He harbors a bleeding heart that keeps him pounding the streets at all hours, trying to ensure that  justice is served. His wife supports him, but also reminds him that he is “not the whole police department” and that he should take care of himself better. She even accepts his unorthodox move of bringing back a prostitute to stay in their the house under his protection, as he tries to gain information to help in the investigation. 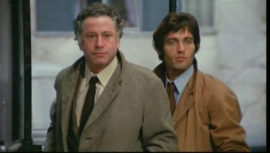 I won’t go too much into the final act because I don’t want to ruin its impact, but it’s a perfectly played out conclusion of justice and revenge that will stick with you long after the credits. But there is no end to this sad story that can bring back the innocent girl. That tragedy remains haunting to both the characters and the viewer as the credits roll.

If you have ever enjoyed an Italian police film or giallo… you should absolutely check this film out. Strong characters, an intriguing mystery, a great period jazz soundtrack and solid direction make this a highly entertaining entry into the genre. While the discovery of the clue that leads them to the abductor is a little … unlikely… it’s forgivable in an otherwise strong, well-played mystery. And at the center is a brilliant performance by Frank Wolff, who captures the conflict of the police detective perfectly. He’s hardened by the crime he faces every day… and yet when he goes home at night, he’s still hurt by it, struggling to find a way to make things better.

A face that should have been seen longer… 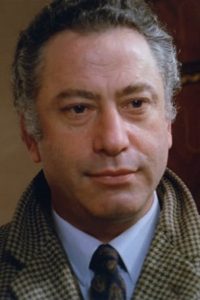 You may recognize Wolff from some other key films of the time. I’m terrible with names and faces, but I kept thinking he looked familiar as I watched this. Afterwards when I looked him up, I realized why. He plays a police commissioner in Fernando Di Leo’s excellent Poliziotteschi film Caliber 9, appears in the giallo Death Walks on High Heels and also plays one of the leads in Radley Metzger’s The Licorice Quartet. Wolff started his career in American films in the late ’50s, playing parts in things like The Wasp Woman and Beast From Haunted Cave. He also appeared on TV in “The Twilight Zone,” “The Untouchables” and “Rawhide.” But it was via Spaghetti Westerns in the ’60s that he rose to real prominence. Sadly, he suffered from depression and killed himself in a hotel room in 1971, just as he  had completed some of his best work (Caliber 9, Death Walks on High Heels, Lickerish Quartet and Death Occurred Last Night were all released between 1970-1972).

I watch a lot of Italian films from the ’70s — from giallos to horror to arthouse to poliziotteschi. For whatever reason, the mood, music and plots of that era speak to me now more than anything produced in Hollywood. Genre films of the ’70s have become my favorite period in film. While there are some that I won’t likely watch again, I know that this is a movie I’ll be returning to. Hopefully during showings to turn other people on to the film!