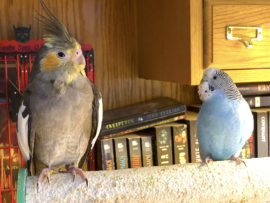 IT’S BEEN ALMOST four months since our baby blue parakeet, B.B., managed to fly over my head and out the door when I was taking out the garbage. I detailed that horrible day in a blog on Sept. 3rd. But what I haven’t written about is the amazing turn of events that followed a week later — and led to a month of “pet” adjustments in our house. As I sit here on Christmas Eve, thinking back on the year, I thought I should finally tell Coraline’s story (pictured here with our grey cockatiel, Stormy).

After B.B. escaped, we called the local animal shelter and posted all over local Facebook groups about our lost bird, and had several false alarms that she had been sighted. But in the end, though our hopes got up several times, all of the leads were dead ends. 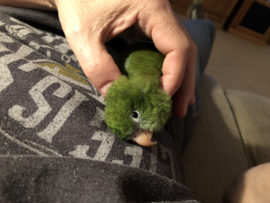 A week after B.B. was lost, we went to the bird store we often visit, and bought a new baby that we’d seen there the month before — a beautiful green Canary-Winged Parakeet that we named Pepper (who has become my constant companion — if I’m in the house, she sqauwks until I take her out and let her sit on my shoulder). I wasn’t initially that excited about getting a new bird so soon… but this particular breed is fairly rare — the bird store had never had babies of this type before. So I knew if we were going to get one of the two babies they had… we needed to act quickly.

A very strange way to find a parakeet…

The day after we brought home Pepper, we got a message that a blue parakeet had been sighted in a local park. I knew that it was a longshot, but I grabbed my small bird carrying cage and drove across town to see if I could spot it.

My hopes fell when I reached the place. It turned out that the “park” was really a forest preserve. The person who had spotted the bird had seen it on the ground on a trail in the grass a few minutes walk from the parking lot. They had also marked the Google Maps lattitude/longitude of the point where the bird had been spotted which was helpful… so I walked down a trail through a forest area with a creek on one side and thick brush and trees on the other. I knew that I was on a wild goose chase.  There was no way I was going to find a parakeet in this! But I kept walking, until I passed the map coordinates I’d been given. No sign of a parakeet. 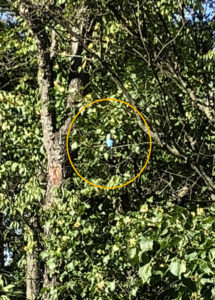 I slowed to a stop and shook my head. This was a pointless waste of time, I thought. And literally, as I was about to turn back to return to the parking lot, I heard voices up ahead and all of a sudden, a flurry of blue wings passed over my head, and a small parakeet landed in the trees to my right.  It was too far away to make out whether it was my parakeet or not, but it WAS a blue parakeet.

The voices turned out to be a couple of guys who said they’d tried to catch the bird a half hour before and it had eluded them… but was still hanging out in roughly the same stretch of trail. I whistled to the bird and it whistled back… and then disappeared into the thick trees.

I whistled for awhile and when it didn’t return, I tried to push my way into the brush — but it was full of thorn bushes and what looked like poison ivy — so I gave that up. Just as I was about to give up and leave, the bird suddenly returned, flying over my head and landing on the trail a few feet ahead of me. 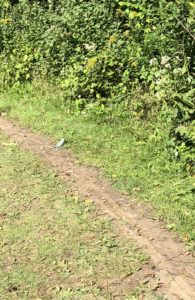 And thus began a two hour game of “Catch Me If You Can.” I realized fairly soon that the bird was not my lost parakeet — ours had had a yellow spot on its head, this one’s head was white. But I decided to try to catch it anyway, because it would surely die outside in the cold Chicago area weather that was coming with the fall. And maybe I could post its picture on Facebook and ultimately find and return it to its owner, the same outcome that I wished for B.B.

It was one of the most frustrating and interesting afternoons of my life. The bird seemingly wanted to be caught… it taunted me. It would fly from one side of the path to the other, always staying just beyond my reach. Several times I was able to follow it to a small tree or bush, raise my hand to it… and it would fly a few yards away. It disappeared completely on a couple of occasions, and just as I would shake my head, give up and decide that it was all for naught and head back to the car, back the bird would come, landing on the path in front of me. It was definitely not afraid of humans… it just wouldn’t get on my hand.

It stayed on the path more and more and I began to try to put the cage down with the door open as near as I could get to it — I hoped that it might see cage bars as comforting — cage = a place where it had always gotten plenty of food. But while it didn’t fly away from the cage, it also wouldn’t go in of its own accord. 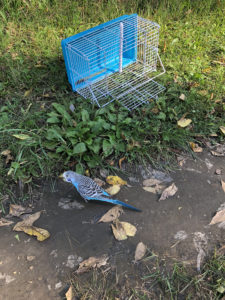 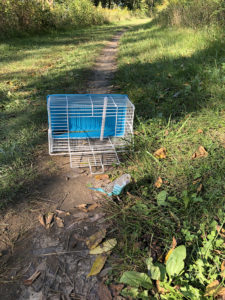 My wife texted me and suggested since I didn’t have a net, maybe I could use my t-shirt like a net since I was getting so close to it. So… I pulled off my shirt, and crouched down half-naked in the middle of a forest preserve crawling slowly to the spot where the parakeet was chewing on some grass and attempted to toss the shirt over and on top of it.

That didn’t work. But it must have made for a hilarious 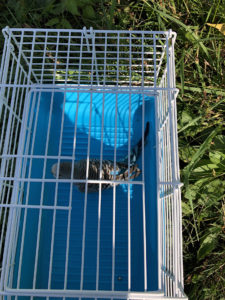 picture. I tried it twice and then stopped figuring that the bird wasn’t going to let me get near it again if I kept that up.

I can’t tell you how many times I almost gave up on this pursuit and left. The day was slipping away and I was seemingly no closer to catching this bird than when I began. But… every time I decided to return to the car, that bird came tauntingly close to me.  Finally, I got the idea of actually standing the cage up on its end and when the bird was in the right spot on the grass near it, bringing it down so that the bird went through the door and found itself inside the cage with the door opening down on the grass.

And damned if I didn’t catch the bird on the very first try!

It took two hours, but I actually caught a parakeet flying wild in a forest preserve!

OK… I caught a wild bird. Now what?

Of course, then I had to decide what to DO with her.  I drove her home, and put her in a small old cage I had in the attic from my very first parakeet, a blue budgie named Beebs that I bought in college. I had to keep “the refugee” separated from my other birds, because I didn’t know if she was sick or carrying any diseases. And because of that, the very next day I took her to the vet and had her tested for the worst bird disease, just to be safe. I also had them trim her wings, so that she wouldn’t be bolting out any windows for the next couple months! The test took a week to come back (it was negative) and the vet told me to keep her quarantined for a month from the others because if she did have anything, it would become obvious in that time. So for almost a month, she was separated from the others, and every time I handled her I washed my face and hands and changed clothes. Kind of a pain! 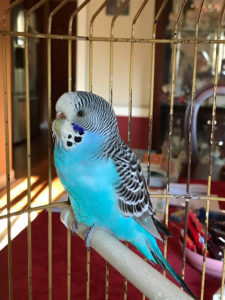 For a few days, I called her Flirt, because of the way she flirted with me to get caught. But it became apparent that she really wasn’t too flirty. In fact, for the first 4-5 weeks, she was the quietest, most nervous parakeet I have ever seen. Most of the time, she just sat completely still in her cage and never made a sound (I eventually got her a new bigger one).

Nobody answered our Facebook posts and reports to the animal shelter of finding her, so by the end of September, I knew she was truly “ours.”  I worked with her every morning and night to try to get her finger trained. She didn’t mind sitting on my shoulder, but she was (and still is) very skittish about getting on the fingers. Eventually, I named her Coraline, after Neil Gaiman’s character who goes exploring through a doorway and finds a whole ‘nother family.

In October, I finally introduced her to the other birds, who come into my office every morning and night for their hours of “out” time with the whole Everson flock (we have a cockatoo, two cockatiels and now the canary wing parakeet and “forest budgie”.) Slowly, she got used to the ways of her new home and the familiar trills of a happy budgie began to ring out in our house now and then.

By November, she had finally settled in fully, and was chirping regularly and learned to come out of her cage on my finger (vs. me reaching in and grabbing her, which was the only way to get her out the first few weeks). Now that December is nearly over, she’s grown back most of the flight feathers the vet trimmed the day after I found her, and is beginning to get a little more independent (she’s flown across the room a few times in the past week when I’ve reached out to grab her).

It’s been a long road, and definitely a strange way to get a new bird. But I’m glad we “found” both Coraline and Pepper that weekend in September. We lost one bird, which I will forever be sad over, but our flock then grew from 3 to 5 in one weekend, and they’ve brought their own unique, entertaining personalities to our house. Our lives are better off for knowing them! 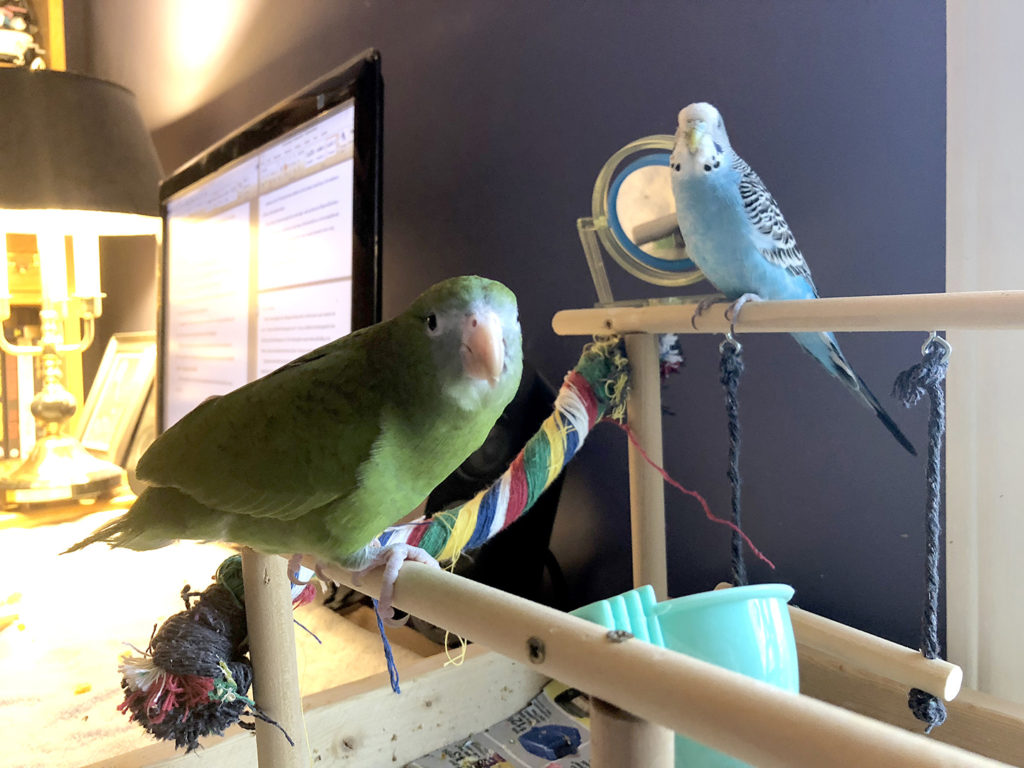