Home The Horror Life A bug in the current

A bug in the current

LAST WEEK, I promised that I’d post a photo of my “death defying drop” while enjoying the water parks of the Wisconsin Dells. Sadly, when I looked at the couple of pictures on the camera of me on the slide this week… they don’t look like much (you can click on the picture to see a slightly larger version).

That blip on the red slide is me (I did that one twice!). 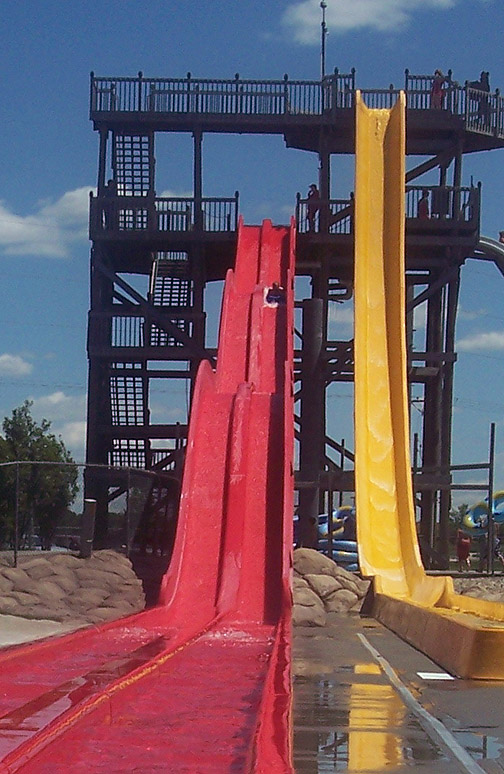 I did the drop down the yellow slide too, but apparently gravity worked so fast, my camera operator didn’t catch me on it. I have to say… lying down on a thin wet channel three or four stories in the air with legs crossed and arms crossed over your chest to do free fall on your back on a yellow bit of plastic didn’t strike me as great recreation.

I won’t be trying the yellow slide again.