I’VE BEEN TO HorrorHound Weekend in Indianapolis for the past few years as a guest of my publisher Samhain Publishing, signing autographs all weekend at their “author table.”

But, this year, since Samhain is closing down their horror line at the end of the year, they didn’t end up sponsoring a table. So, there was not going to be any “author-fest” this time around. Nevertheless, since I’ve enjoyed the convention a lot, despite Samhain’s absence, I opted to pay for my own solo author table and go anyway. For me, the convention is a great opportunity to talk with some fans, and hang out with my friend Jerry Chandler from Synapse Films as well as with my old neighbors, Diane and Troy Horn, who moved out to Indianapolis last year.

This year, HorrorHound was also a chance to meet a couple of celebrities that I was really excited about.

I go to a lot of horror conventions… and honestly, I rarely leave my table of books to get autographs. But… when I saw that “Dave and Chainsaw” from Carl Reiner’s SUMMER SCHOOL film were going to be there… I instantly had a mission. I love SUMMER SCHOOL. My wife  Geri and I have seen it umpteen times since it was first released in 1987. To meet Chainsaw (Dean Cameron) and Dave (Gary Riley) was a total kick. And they turned out to be super cool dudes. I ended up giving them a couple of my horror books, which I hope they get 1/100 as much enjoyment out of as I got out of their performances in SUMMER SCHOOL. 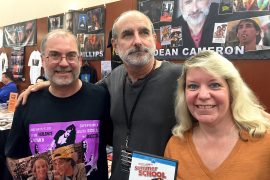 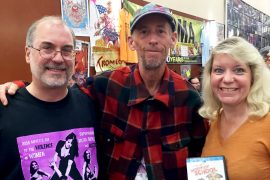 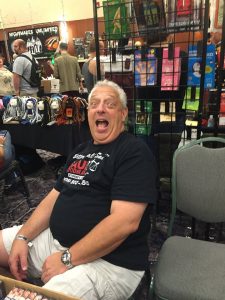 My table was next to the Synapse Films table, so I was able to catch up all weekend with Jerry Chandler.

I also got to enjoy an awesome dinner at one of my favorite places in Indianapolis:  Scotty’s Brewhouse with Geri, Shaun and the Horns.  (And I also stopped there on my way home on Sunday for a Southwest Burger with some Mofo Hot Sauce and ghost pepper cheese and a Dogfish 60-Minute IPA… gotta take the opportunities when you can!) 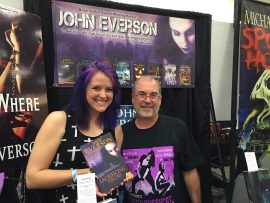 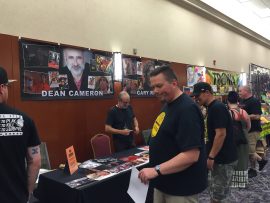 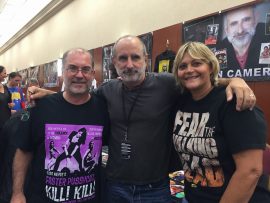 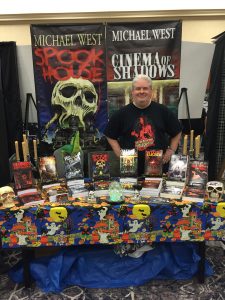 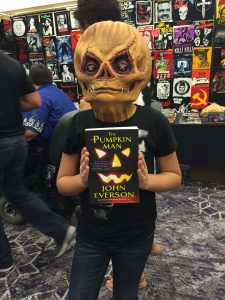 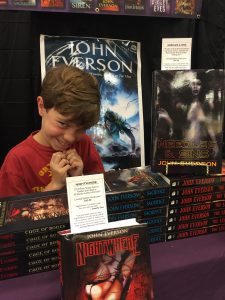 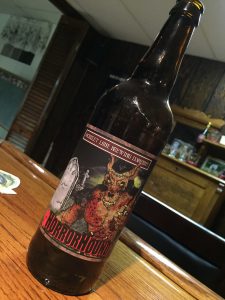