OVER THE PAST WEEK and a half, I’ve signed copies of Sacrifice at 15 bookstores in San Diego and St. Louis as well as in Peoria, Springfield, Bloomington and Fairview Heights, IL. Talk about covering plenty of ground!

Since I was out in California on day job business, the Sacrifice book tour officially kicked off in San Diego on April 24th, at Mysterious Galaxy Books. 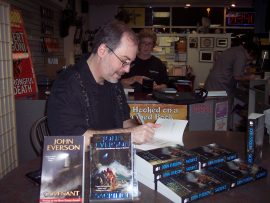 Paul Gifford, who publishes as P.S. Gifford, came out with his son and picked me up from my business meeting to drive me to the signing. (Thanks for saving me a pocket full of taxi fare Paul!) We had a great time there talking with some patrons, and especially with Diane and Chris from the store, who were amazing hosts. 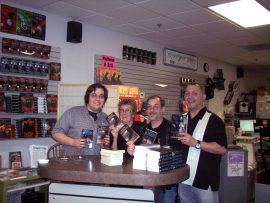 Nevertheless, after a night of great conversation, I went back to the hotel to catch a few hours of sleep. 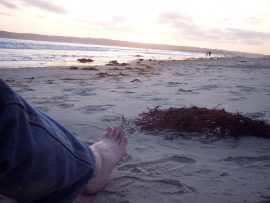 I spent the next day working a business meeting, before heading out that night to gather some inspiration for Siren from the surf of Coronado Island, where I did a little writing, and got my feet wet in the ocean. I posted a “tweet” about the meeting, and was a little discomfited that I received an almost instant answer, ostensibly from the island itself. I was reminded of Gaia myths and science fiction novels about living planets when I read this on my phone, as my feet walked on Coronado sand beneath a dark but starry sky:

CoronadoIsland@JohnEverson Am I (Coronado) mentioned in your writings…glad the creative juices were flowing on Coronado!

Weird. After checking out the gorgeous lobby of the Del Coronado hotel, I walked across the island back to the ferry and headed to Dublin Square, one of my favorite Irish pubs anywhere, and tried to get some solid writing done. Instead, my laptop started acting up, and ended up crashing completely. Instead of getting in a nice 3-4 hour chunk of writing, all I got was a boiling id of irritation. But Coronado did leave me a couple images to help dispel that: 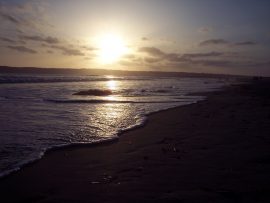 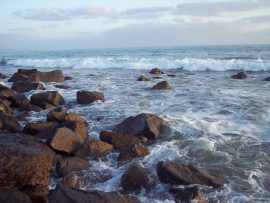 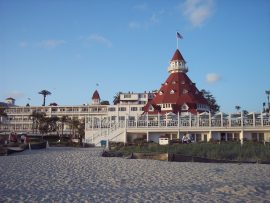 After dealing for a couple days with laptop crash fallout when I returned from San Diego, on Friday, May 1, I hopped in the car for the 2nd part of the Sacrifice road show. This time around, I headed down I-55 to informally sign some books that were stocked in a bunch of stores and meet the booksellers. I stopped at the Barnes & Noble in Bloomington as well as the Borders and Barnes & Noble  in Peoria, where I had a too-brief but too-cool reunion — Peg, an old friend of mine who I’ve kept in touch with but haven’t seen since college — 21 years! — came out to have a drink with me in the B&N cafe before I continued south for my signing that night in St. Louis.

The  Brentwood Borders was my first stop in Missouri, where I had a successful signing last fall. The signing went well, and I met horror writer Natalie Sin. The store picked up some copies of my Needles & Sins short story collection. So if you’re in St. Louis and want a signed copy of Covenant, Sacrifice or Needles, stop in there. 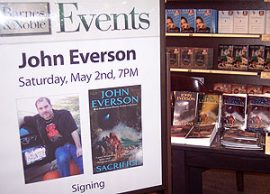 The next morning, I headed all around town to sign copies of Sacrifice stocked in nearly every Borders and B&N in the area, before having formal signings at the Chesterfield Mall Borders, and the Crestwood B&N.

At the latter stop, Horror-Web.com‘s Jimmy Z stopped out with his kids to say hi. So I had two reunions in two days! To top it off, I then stopped for a late dinner at Las Margueritas, just down the street from the store, and had one of the best Burrito’s EVER. Wow. Always ask to put fresh jalapenos in your burritos, kids.  Especially if you go to Las Margueritas. 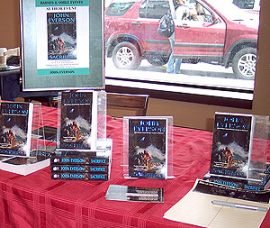 On Sunday morning, instead of going to church, I headed to more bookstores. Specifically, to Fairview Heights, IL, where I signed some copies at the Borders and B&N stores there, before heading back up I-55 to Springfield, IL, where I met new horror author Anthony Kendall and signed copies of Covenant and Sacrifice for a bunch of folks at the Barnes & Noble there.

In typical John Everson roadtrip fashion, midway between Springfield and Bloomington, IL, I finally encountered my attack of the black: blew out a tire. So much for an enjoyable afternoon driving with the top down!  I did get to tour Atlanta,  IL shortly thereafter to get gas and make sure the spare was holding up. I haven’t seen a gas pump that didn’t take credit cards in awhile. But now I can’t say that anymore. I also noted that Atlanta, IL doesn’t quite compare to Atlanta, GA in population. Nevertheless, I did eventually get home, and the next day ended up putting all new tires on the car. So I’m ready for the rest of the road trip!

Next stop: LaGrange Borders on Wednesday, May 6, followed by Borders in Bolingbrook on Friday May 8 and then the one-two punch of Barnes & Noble  Oak Brook and Borders DeKalb this Saturday, May 9!