Home Music Psychedelic Furs: A View 38 Years On, From The Front Row

Psychedelic Furs: A View 38 Years On, From The Front Row 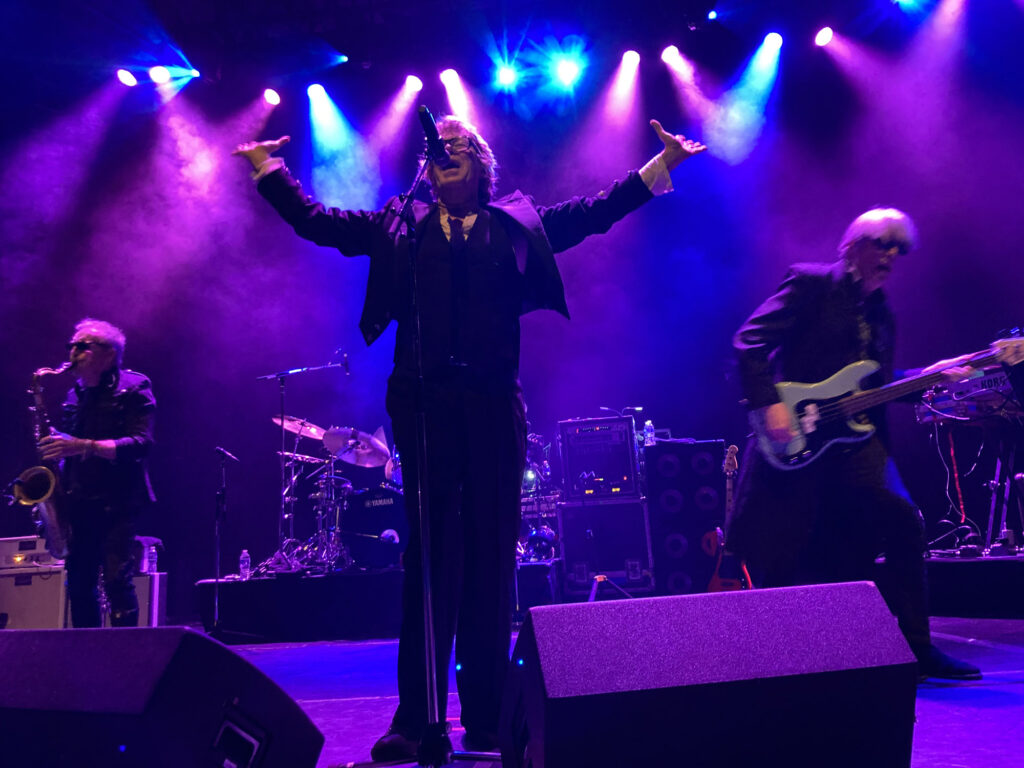 BACK AROUND 1983, my friend Erica, went away to college at University of Illinois and sent me back some tapes of cool bands she discovered there. One of them was labeled Psychedelic Furs Talk Talk Talk with the flipside being, what I thought for a long time was, US October. I fell in love with The Psychedelic Furs thanks to that tape, and quickly discovered their first self-titled disc and Todd Rundgren-produced personal favorite, Forever Now shortly thereafter. They became one of my top five favorite bands of all time. Eventually, I realized that I misread Erica’s writing on the tape and US October was actually the second album by another new band called U2. But … I never got into that side of the tape or U2 that much.
A year later, I followed Erica to U of I myself, and saw the Furs play Huff Gym on campus. Since then, I have seen them on most of their U.S. tours. When the Furs come to town… I’m there. I’ve seen them multiple times at Chicago’s Riviera and Vic Theaters and at least once at House of Blues where our balcony seats were actually behind the stage curtain! And it was super cool when a few years ago they actually played Naperville’s Ribfest, right here in my home town!
So… I don’t know how many times I’ve seen them, but it’s a lot.
When they played The Vic on Thursday night in Chicago this week though, I think I had the “best seat” in my entire life of seeing them. I got there early and was literally first row center, right in front of the microphone. You couldn’t get closer without being on stage with the band!

And icing on the cake — the opening band turned out to be Josh Caterer of Chicago’s Smoking Popes. I loved that band’s first couple albums and only saw them play once (ironically, when I was in Boston, not Chicago) so it was cool to hear what Josh has been up to for the past decade.

When the Furs took the stage, it was an instant celebration.
Singer Richard Butler was relaxed and having a good time running through the old classics, but the band also played a good dose of their first album in almost 30 years, Made of Rain. It’s a slower album, the work of a seasoned, reflective band, not the punky upstarts who wrote “Into You Like A Train”. But it’s a solid disc, and it was cool to hear songs like “The Boy Who Invented Rock n Roll,” “Don’t Believe” and “You’ll Be Mine” in a live setting. And it was great to see Mars Williams on saxophone with the band again. There was a long period in the ’90s and early 2000s where he didn’t tour with them. For my first “big name” concert after a year and a half of quarantine, it was perfect!
Here are some pictures from the front row of that night!

And here are some videos of the night, a full take of “Ghost In You” and snippets of “Love My Way,” “Heartbreak Beat” and “Pretty in Pink.” Plus, Josh Caterer singing a stripped down, slowed down version of The Smoking Popes’ big hit, “I Need You Around.”