Home The Horror Life Out with the Old… What is the New?

Out with the Old… What is the New?

A YEAR AGO AT THIS MOMENT, I was sitting in my home office listening to the final hour of my favorite radio station ever, AuralGasms.com. After a lifetime of musical obsession and two decades of hearing just about everything released as a music critic, during the last half of the 2000’s, I found something I never expected to find — this online radio station that perfectly matched my personal tastes — and I listened to it nearly every night for years. Believe me, when that station was playing its final moments on December 31, 2009, I was not celebrating the new year of 2010.

But when one door closes…

It took awhile, but the DJs behind Auralgasms finally launched a new online radio venture, Strangeways Radio this summer… and the playlist sounds an awful lot like Auralgasms. It’s playing in my office right now, though at the moment, I’m in the living room, watching Frank Sinatra Live at Carnegie Hall recorded in 1980. In fact, I just taught my son how to do the leg kick for  “New York, New York.”

Point is… there is a silver lining waiting behind every cloud. Sometimes you have to wait and look really hard but… music lives on forever. And new things always come to fill the places vacated by the old.

2010 was a difficult year in many ways. I lost my mother-in-law to cancer, the woman who had really acted as my surrogate mom since I was 17.  Several of my friends also lost parents this year; I went to more funerals in one year than I had in the previous 10.

The good part on the personal front however, was watching my son turn from a precocious four-year-old to a precocious five-year-old. Every word out of  his mouth is a life affirmation: while life will end, for all of us, it’s important to recognize and celebrate the amazing moments there are while we’re here to live them. And watching him enjoy our trip to Disney World a few weeks ago provided memories to last a lifetime.

There was good and bad news on the publishing front for me as well in 2010. 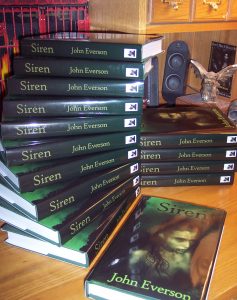 My friend and publisher David Barnett was forced to put his long-running Necro Publications on hiatus, which initially canceled a hardcover edition of my novel Siren. But thankfully, Roy Robbins and Bad Moon Books picked the project up, and the novel did get a hardcover release, with amazing art by Travis Anthony Soumis, who did the art for my previous two Necro editions. So good things do come from bad.

In July, I had a blast as an author guest at the Famous Monsters convention in Indianapolis, where we debuted some pre-release copies of the Leisure mass market paperback edition of Siren, my fourth novel. A couple weeks later, I turned in my fifth novel, The Pumpkin Man, and Siren officially hit bookstores everywhere… it was a great, optimistic month.

And then just as things were looking very up… at the start of August, my publisher, Leisure Books, essentially bottomed out and announced that not only was Siren their last mass market release, but that they would not be shipping any of their back catalogue due to contractual issues with their warehouse. The next few weeks were filled with rumors and turmoil… my editor lost his position there, as did a number of other good people. And one by one, all of my novels effectively went out of print, aside from e-book format.

Things still are up in the air to some extent. Leisure is restructuring, hoping to reestablish itself with a new trade paperback line in 2011, along with a strong e-book line. Siren is due to be reissued in the trade paperback format in June with The Pumpkin Man to debut in the fall. So I’m hopeful that my novels will return to shelves in regular bookstores in the coming year.

The good thing out of that whole mess of uncertainty? I finally got myself an agent, who will be working on placing a young adult dark fantasy novel of mine in 2011. And I took a couple months off writing just to personally regroup after two solid years of focusing on “the next novel, the next novel, the next novel.” Probably a healthy break. I wrote nothing for quite awhile, but over the past few weeks have worked on a couple short stories and started a collaborative project with W.D. Gagliani and Dave Benton which I think is going to be a lot of crazy fun.

From train wrecks come the opportunity to build new trains.

So. 2010 was definitely a mixed bag for me. But there were a lot of good moments. Aside from Siren being released in mass market and hardcover, I also had the three-story “bug story” collection Creeptych published through Delirium, re-launching the mini-hardcover chapbook line that I helped launch with Failure four years ago. And my Deadly Nightlusts ebook collection was the first release from Blasphemous Books this fall. I took the e-book plunge myself this month and re-issued my out-of-print 2nd collection Vigilantes of Love in e-book format on my own, as well as a short fantasy holiday collection in Christmas Tales. I even had a long-shot film option placed on a couple of my novels, which I’m still crossing my fingers about.

This year was also a great year for me for travel. I scheduled a number of trips for booksignings, but my dayjob also sent me to a number of locations. Altogether between them, I found myself visiting over a dozen major cities, and various suburbs of them, including: 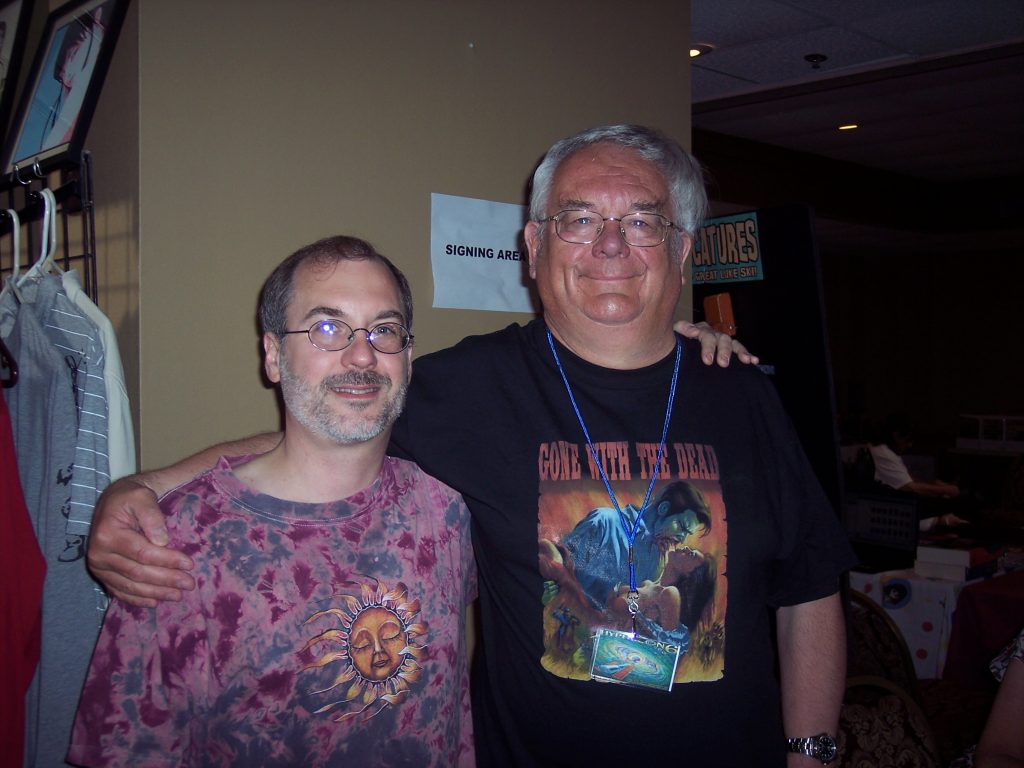 In June, I  appeared as an author guest at Hypericon in Nashville (where I met and took Ramsey Campbell to dinner), and in September I appeared at DragonCon in Atlanta. Over the late summer / fall I was also a guest at the Chicago Horror Film Fest in Chicago and book fests in Champaign, IL, Glen Ellyn, IL and Chicago’s Printer’s Row Lit Fest.

After a whirlwind week where I flew from Chicago to San Francisco to Santa Fe to Albuquerque in August for work, I also got to spend a week for the dayjob in Toronto this fall. While I didn’t end up doing any official booksignings there, I did get to hang out with some fellow horror writers, reviewers and editors. It was a great week.

I don’t think I’ve hit as many major cities in one year before in my life… so from that angle, 2010 was definitely one to remember. It certainly gave me the opportunity to meet a bunch of really cool people, as well as to re-connect with a lot of old friends.

A Decade Now Gone…
The end of 2010 caps the first decade of my book publishing career. My first hardcover collection, Cage of Bones & Other Deadly Obsessions appeared from Delirium Books at the end of 2000. Somehow it seems like it was a lot longer ago!

Since then, there have been another handful of short fiction collections released, from Vigilantes of Love and Needles & Sins to Deadly Nightlusts. Delirium released my first two novels in 2004 and 2007, and I won a Bram Stoker Award for the first one, Covenant. Then I signed a mass market deal with Leisure and subsequently over the past three years saw four of my novels on display in bookstores everywhere. Along the way I’ve also edited a couple of anthologies and founded a publishing company, Dark Arts Books.

The 1990s were the decade of short fiction successes for me, as I published dozens of short stories in magazines and anthologies.

The 2000s were a decade of book successes.

What will the 20teens bring?

I hope as wide a range of new and interesting opportunities as the last decade. The 2000s (and 2010) have been frustrating, frightening, fun and fulfilling.