I BOUGHT MY FIRST Ramsey Campbell novel, Ancient Images, over 20 years ago. I loved the perfect combination of mystery and dread it displayed, with a classic celluloid theme as a backdrop.

This weekend, I not only got Ramsey Campbell to sign that well-worn book, I took him and his wife Jenny to dinner on behalf of Hypericon, a Nashville Convention where he was the guest of honor.

Not only did I get to introduce the Campbell’s to one of my favorite barbecue restaurants — Jack’s Bar-B-Que — but afterwards, a group of us also took them downtown to the classic strip of honky tonk bars where country, rockabilly, folk and occasionally rock acts ply their tunes in bar after bar, with no cover. 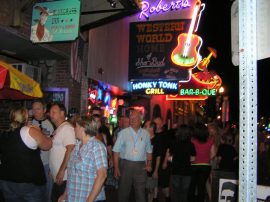 itting next to Ramsey with Derek, the Dark/Goth/Horror track planner for Dragon*Con, while watching a country band jam on “Play That Funky Music White Boy” will live as one of the more surreal memories of my life, I suspect.

I actually first saw Ramsey several years ago at the World Horror Convention in Phoenix, but didn’t really get to talk to him at that time. Thanks to the more relaxing, quieter vibe at Hypericon, this time around we not only got to talk and have dinner,  we ended up essentially interviewing each other the next morning, when it turned out that we were the only two panelists on the panel about “Developing Mood and Atmosphere in Fiction.” 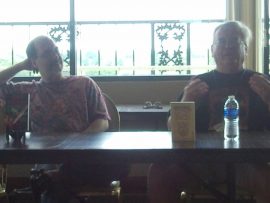 It was there that Ramsey told one of the more fascinating stories I’ve heard from an author — of how he actually could read at the age of 18 months, and because of this premature talent, ended up scaring himself sleepless for many nights with an illustrated children’s story that he later sought out as an adult for years in bargain shops until he found an old used copy that he said still gave him the creeps.

But not only did I get the chance to get to know Ramsey Campbell a bit, I also got to talk about fiction “Inspirations” with Sherrilyn Kenyon and David Jack Bell, and did a reading late on Saturday night with Brian Hatcher where I read the prologues of my current novel The 13th, and the upcoming Siren.

The reading actually interrupted another highlight of the con: this year I joined forces with Bryan Smith and his wife Rachael Wise to throw a “Blades, Babes, Booze and Barbecue” bash, riffing off the “girls with knives” covers of our books The 13th and The Killing Kind.

I brought in some cole slaw, pork, beef (and lots of sauce) from (where else) Jack’s for the bash, as well as a good bottle of Maker’s Mark, while Bryan and Rachael handled the room and beer and Mystery Science Theatre 3000 setup. 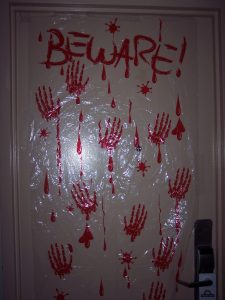 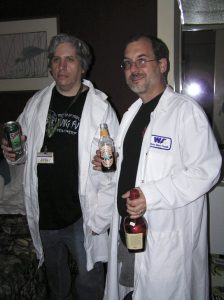 Everyone seemed to have a good time and Bryan set up a perfect monster mash on his iPod. Though I have to say — the “Mad Scientist” outfits got hot!

Sunday morning came far too fast, as it always does at a con. By lunchtime I was packed up and starting down the long road home (it’s a good 8-9 hour drive from Nashville to Chicago with rest stops).

Along the way of the weekend, I got to catch up a bit with some other old friends like Jason Sizemore, Elizabeth Donald, Alethea Kontis and David Jack Bell and met some new ones, in particular novelist Eric Wilson, who joined Derek and me for a long discussion of e-books and the music industry (yes, there is a correlation) after my signing on Saturday afternoon.

All in all, it was a great con!

Here are a couple other photos from the weekend: 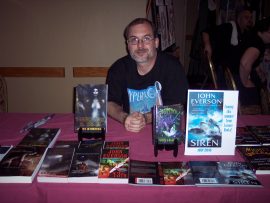 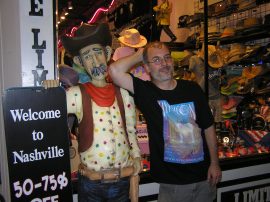 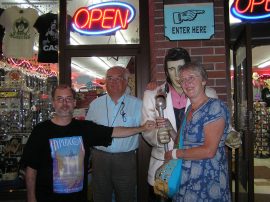 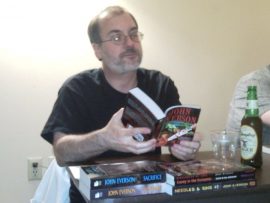 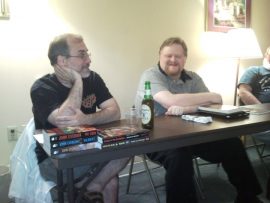