Home News Evil is an empty pot of coffee

Evil is an empty pot of coffee 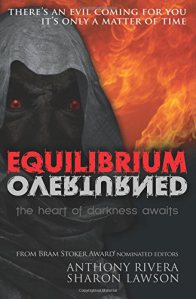 OVER THE PAST MONTH, Grey Matter Press has orchestrated and sometimes hosted an Uncovering Evil blog tour to promote the anthology Equilibrium Overturned. As one of the authors included in the book, this week, the exploration of the nature of evil falls to me.

Over the past month, as this blog tour has been going on, I’ve been working a lot of extra hours at the dayjob. A lot of 9 a.m. – 9 p.m. shifts. Almost everyone at my work has – it’s our busiest time of the year. I’ve also been short-staffed, making it worse than usual. And maybe that’s why the nature of evil crystallized for me so perfectly just a couple days ago, when I went to press the handle on the coffee dispenser in our lunchroom, and all that came out were some frothy spurts of brown air. That’s when it all became clear.

Evil is an empty pot of coffee.

OK, well, not the pot exactly… evil is the person who walked away with the last cup of coffee at 9:30 a.m. in the morning without taking the simple action of emptying the old grounds, dropping in a new filter, opening a pre-measured bag of coffee and dropping it in said filter…. and then pressing the Brew button so that the next over-stressed person to walk into the kitchen could pour him or herself a cuppa.

That person who took the last cup and walked away, was evil. They knew that someone would come after them looking for coffee and they chose to gyp that person by not fulfilling the code – you finish it, you make the next pot.

Anyone within earshot of the lunchroom heard my lightning bolt realization as I found the coffee pot completely empty and proclaimed with loud and unapologetic judgement: That was evil!”

Evil is ultimately, selfish action. Good, on the other hand, is selfless action.

Neither state – good or evil – is some floating cloud of pregnant celestial baggage, waiting to land and overwhelm some unsuspecting host. I don’t believe there is some black spirit flitting around that is “pure” evil looking to undo the world. At its simplest, evil is selfishness. It could be grandiose selfishness – inviting a dozen people into your home one by one, and killing each of them, to fulfill whatever snuff kink gets your brain dancing.  It could be a medium selfishness – holding up a convenience store with a gun, risking the life of the cashier in order to take what isn’t yours… because you really want it, even though it’s not your due.

Or it could just be, taking the last cup of coffee in the lunchroom and walking away without filling the pot.

Does that make the coffee shirker Darth Vader? No. But there was a touch of evil there. As there is in all of us. I don’t think anyone is all evil or all good.

I don’t believe in absolutes. Life has never been black and white to me. Life – and good and evil… and all of us – live in the gray.

In my story “Amnion,”  from Equilibrium Overturned, a self-absorbed scientist sees nothing but his quest for the fountain of youth. And a woman  will use him in any way necessary if it means bringing her her life’s dream –a genetic reprogramming. They’re both obsessed with self… and they will ultimately hurt people in their colliding, obsessive quests. I don’t want to give too much away about the story, because I’d love for you to read it (come on back after you do and we’ll talk later!). But all of the characters in this story pursue their own desires at the expense of others.

That’s evil to me.

And you know what? There’s a little bit of that in all of us.

For more of the Uncovering Evil musings on the nature of the “dark” from Tony Knighton, Jeff Hemenway, Stephen Vessels, JG Faherty, S.G. Larner, Sean Eads and more, visit the Grey Matter blog.

To find out more about Equilibrium Overturned… click the scary eyes below! 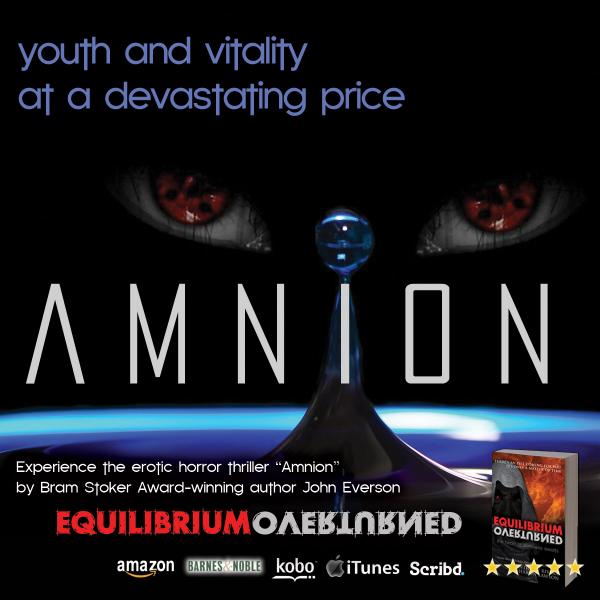