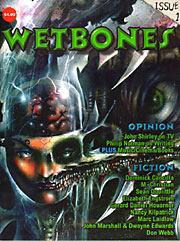 The earth is our mother
she taught us to embrace the light,
now the lord is master
she suffers an eternal night
– Dead Can Dance

Sunsets bleed into dark nights; cool, rot-sweet breezes ripple through the scratchy whisper of corn husks and molded leaves beneath the promise of a full moon…Winter brings with it a singular sadness, a mysterious chill that lends the black outside the firelight a coldness that goes beyond temperature. While the sleighbells of Christmas do their best to lighten the midwinter spirit, their jingle quickly fades when faced with the utter stillness of the night glinting heavy through the frost and shadow.  Winter is a time of darkness. A time for begging the cruel earth for one more chance…at life. Our featured review this issue, in keeping with that prayer, comes from perennial mood-masters Dead Can Dance:

We make a road for the spirit to pass over,” sings Brendan Perry in “Song of the Stars,” a brooding, Indian-accented song of drums and spirituality. The spirit road, and the anima of the earth serve as the recurring theme for the entire album. From the cool chants of  “Nierika” to the marsh-bred sounds of real crickets recorded along the Nile (in “The Song of the Nile”), Spiritchaser is an album celebrating the mysteries and hidden powers of the earth. A perfect hymnbook for the dark moments of winter.

Gone are the medieval tapestries, tape loops and drone that Dead Can Dance made their mark toying with a decade ago. The latest outing of Perry and Lisa Gerrard is as beautifully dark as any of their prior work, incorporating low, sonorous strings and eerie dashes of piano in arrangements drawn-out to accentuate their moodiness. But it’s the tribal percussion that sets the tone this time.

Thankfully, Perry doesn’t descend to the Neil Diamond-esque vocal schmaltz he toyed with on “American Dreaming” (from 1994’s Toward The Within collection,) but it is still the melding of Gerrard’s exotic vocals with his more mainstream tones that best encompass the breath of the fantastic and ethereal on Spiritchaser. Her angelic swoops of voice suggest the other, the after, the below. And that has always been the point of Dead Can Dance. The new album opens with “Nierika” an Inuit word meaning paths between the under-, middle- and higher-worlds that shamen travel. The album closes with “Devorzhun,” a word invented by Gerrard to title “a lullaby for the sleeping spirit.” This is an album for contemplation, for calling the hidden spirit, for begging beneath the cold moon for that one more chance at spring…

Elysian Fields debuted with a four-song EP early in 1996 that had me eagerly awaiting the full-length followup. Bleed Your Cedar, released in the fall, did not disappoint. It includes the best song from that EP, the hypnotic and sultry “Star,” and surrounds it with a weaving of somber, dark beauty. The band centers around the siren-like vocals of Jennifer Charles, who sings in a lazy, provocative cadence that’s as often stirring and evocative as erotically hypnotic.

The band mixes alternative guitar buzz with blue jazz and disparate elements of folk, rock, Eastern trills and pure American roots in a stew that’s heady and exciting. And dark. The picture of the bluegreen-tinged twilit swamp on the album’s back cover is the best description of the music inside. This is deep, mysterious and blue.

The album opens with a low chiming guitar and Charles whisper-singing of a time when she “used to go skinny dipping in a lake” but “now the pool of your heart is frozen and I never did learn how to skate.”  This is a cool draught of emotion tucked in a bed of sensual, throbbing music.

Charles’ lyrics are consistently poetic and circular. In “Off or Out” she sings of “inside sucking outside/spouting heavy moonlight…can’t get you off or out of my head” as the band strums an acoustic blues progression behind her.   “Fountains on Fire,”  begins with Charles singing about “last night in my dream I travelled for years and years” while a guitar hums softly. The song’s best moment comes in its eerie middle when a witchy piano solo strolls wickedly through the langorously brooding mood.

“Star” is still the band’s strongest song, with a piano and drum backdrop as Charles sinuously spins a tone poem of love:

Round, round and around
surrounding my planet, arousing my planet
heart beats madly like a drum…
it’s beating faster and faster
slow down dear, slow down…
you can make me if you try
gently like a lullabye
hold me tight inside your arms
make me feel just like a star.”

Charles is a modern rock chanteuse with a head for quiet mystery that almost, but not quite, hides a knife-sharp edge. Bleed Your Cedar is a sensual journey into the lush jungles of the mind and heart.

Of course, the music of the night is not always quietly, disturbingly alluring. Sometimes it kicks you between the legs and assaults the backbrain with bass.

KMFDM has been riveting black-lipsticked and leatherclad youth to the dance floors for years with industrial grinds that mesh message with beat. On Xtort, a revolving roster of singers and players craft some danceably dark gems. Opening with “Power,” a distortion-rich disco anthem of self empowerment (“we got the power/excessive force/industrial soundtrack to the holy wars”), the album digs deep into the depths of “Apathy”and “Rules,” the latter of which features vocalist Chris Connelly and apocalyptic lyrics:

“we walk to a forbidden place
where dirty water cleans the soul..
decapitated soldiers fight
and ministers control the light
in leaking gas we bathe our flesh
and in the air we fight for breath.”

Nicole Blackman handles the album’s best treatise in “Dogma,” as she lectures:

“We need something to kill the pain of all that nothing inside
we all just want to die a little bit…
We want to stop reading magazines, stop watching TV, stop caring about Hollywood
But we’re addicted to the things we hate.”

With sound effects exploding in the background, and vocals distorted and raving in the fore-, this is hardly an album for meditation. But it does speak of the night and the cold and the heat of lost days.

With a rhythmic attack on the order of a stampede of army privates, Tim Skold’s debut album opens with “Chaos,” a brilliant rain of sound and fury that must be experienced with volume. The song shreds speakers as Skold wails about a “one way ticket to…CHAOS” over and over atop a pounding, unstoppable industrial beat. It’s the album’s most successful piece, but there are other moments worth delving into.

“Remember” moves for a more atmospheric Nine Inch Nails/Stabbing Westward synthesized aura, and “Neverland” sounds as if Trent Reznor teamed up with Psychedelic Furs’ Richard Butler. From images of pure anger to utter subjugation, Skold offers an intense trip through the landmines of the psyche. Some of the sights are bland industrial tourist traps, but some offer inspiration with a menacing artistry.

That’s all for this issue.

Keep listening. The heart of NightSongs beats hot through the ice.